Two of the club’s academy prospects were presented with their Republic of Ireland international caps by head coach Stephen O’Donnell this week.

Defender Luke Mulligan (U15 and U16) and midfielder Senan Mullen (U17) have regularly featured for the young Boys In Green over the past six to 12 months.

Luke, who turns 15 in November, made his international debut, and captained, the Republic of Ireland’s U15 team against Montenegro towards the end of last year and has since progressed to Paul Osam’s U16 squad.

Closer to home, the Ballybay-born defender started the EA SPORTS National Underage League season with Simon Kelly’s U15 team but now lines out with the U17s on a regular basis.

Senan, who hails from Cootehill in Cavan, made his debut for the Republic of Ireland U17 team back in February when he came off the bench in a 2-2 draw against Belgium. 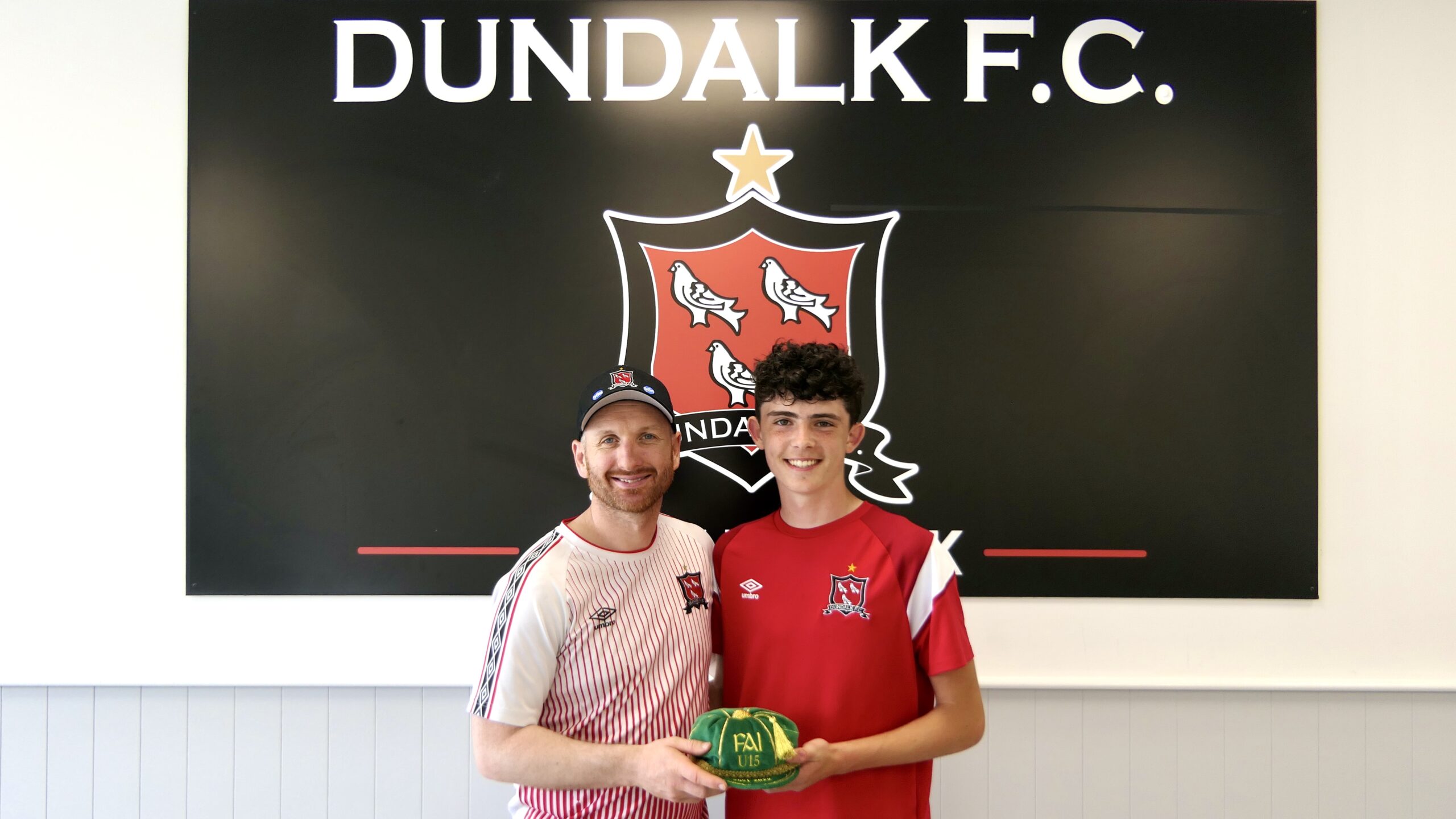 He was named on the bench for the first team’s game against Shamrock Rovers at Oriel Park back in March and has been an integral part of Tiarnan Mulvenna’s U19 side that has enjoyed a good run of form this season.

Both players featured in the recent first-team friendly against Larne at Oriel Park and have been invited in to train with O’Donnell’s squad over the summer holidays.

“They are two very talented lads; a Monaghan-man and a Cavan-man, and they are the real ones that we need to be tapping into from a logistics point of view,” said O’Donnell.

“They have been with us a few times over the summer as well which will also help them going forward. They are really good players with good attitudes and bright futures if they keep going the way they are.”