ACADEMY: OKIRIKPO CALLED UP TO NIGERIAN U23 SQUAD

ACADEMY: OKIRIKPO CALLED UP TO NIGERIAN U23 SQUAD

Academy player Hezekiah Okirikpo has been called up to the Nigerian U23 Olympic squad for the upcoming African Cup of Nations second-round qualifiers against Tanzania.

Nigeria will travel to Tanzania for the first leg on Saturday, October 22nd before the return game takes place at the Lekan Salami Stadium a week later.

The winner of the tie will advance to a third-round playoff in March 2023 where a place in next summer’s finals in Morocco will be up for grabs.

After starting out with Castleknock Celtic in the Dublin & District Schoolboys League, Hezekiah moved to UCD and also lined out with DkIT (pictured above) before joining Dundalk at the start of the 2022 season.

The attacking midfielder has been an integral part of Tiarnan Mulvenna’s side that finished as runners-up to St Patrick’s Athletic in Tier One. 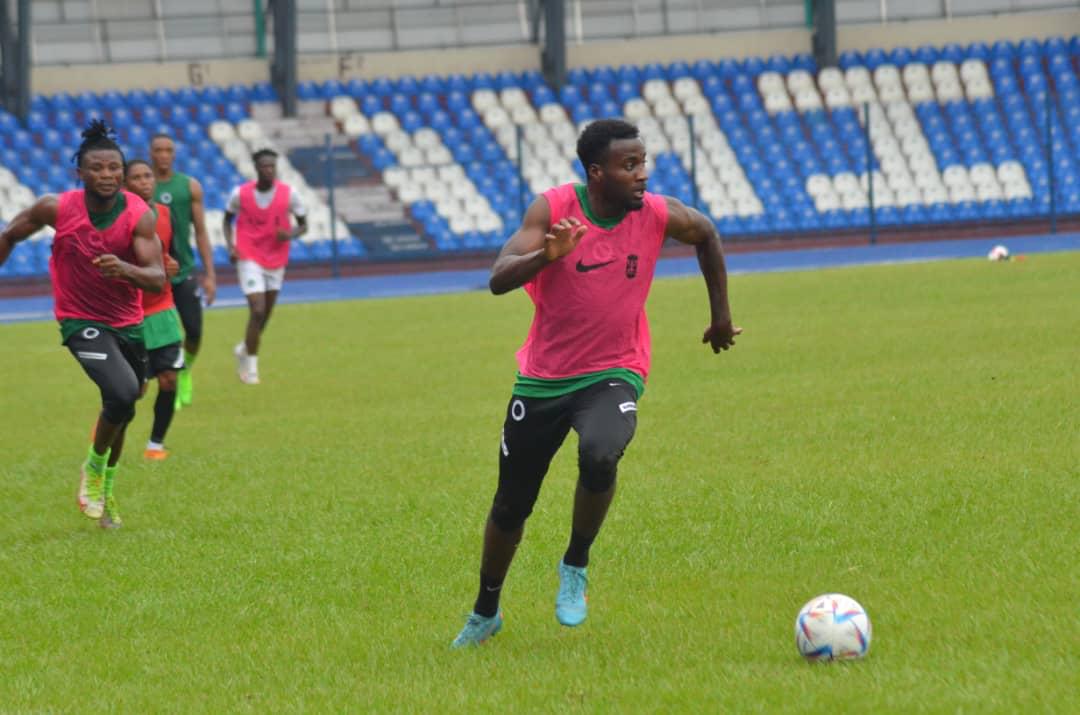 Hezekiah Okirikpo, pictured at a training session with the Nigeria U23 squad ahead of their AFCON qualifier with Tanzania

“Hezekiah came in during pre-season after being with Thomas McShane at DkIT and he has done really well for us. He comes in, works hard in every session and he’s very humble,” said Mulvenna.

“He’s technically very good, can play in a number of positions, and his game intelligence is very good and we are very happy with how he has progressed this season.”

Okirikpo is one of the ten foreign-based players in the Nigeria squad and he said he was eager to make an impression.

“The invitation feels amazing and I’m ready to serve with all my strength because this is what I have always wanted,” he said.

“When I got the news, I said finally, thank God, because this is the moment for me to show my desire to serve the country and I know we will do everything to get the ticket to the next round.”