All four of the Dundalk FC Academy sides were in action over the weekend, with Saturday afternoon the focus for three matches.

In the only EA Sports National Underage League action of the weekend, Dundalk U17s hosted Galway United at Oriel Park on Saturday afternoon.

After a frantic start to the game, the Lilywhites took control of possession and managed to pin Galway United back as they searched for an opening. The hosts eventually found space and took the lead on the half hour mark, as a well worked move led to a cutback to the edge of the box, where Josh Hand was waiting to drive his effort home and break the deadlock.

Both sides had opportunities in the second half, with Aidan Russell hitting the bar early on and Hugh Smith having two big chances after coming off the bench, but they eventually bagged their second goal just before the end as Eoin Kenny broke down the left before passing to Smith, who tapped in.

The result brings Dundalk level on points with Galway on 19 after nine games, and just three points behind group leaders Derry City.

At the same time on Saturday afternoon, the Dundalk U15s also faced Galway United, with this cup fixture taking place at Glenmuir FC’s ground. It was another quality performance from Simon Kelly’s side, as they ran out 4-1 winners, thanks to a Niko Lovrenkovic brace and goals from Conall Alfred and Cian Spaight, who was man of the match on a day that a number of players were on top of their game. 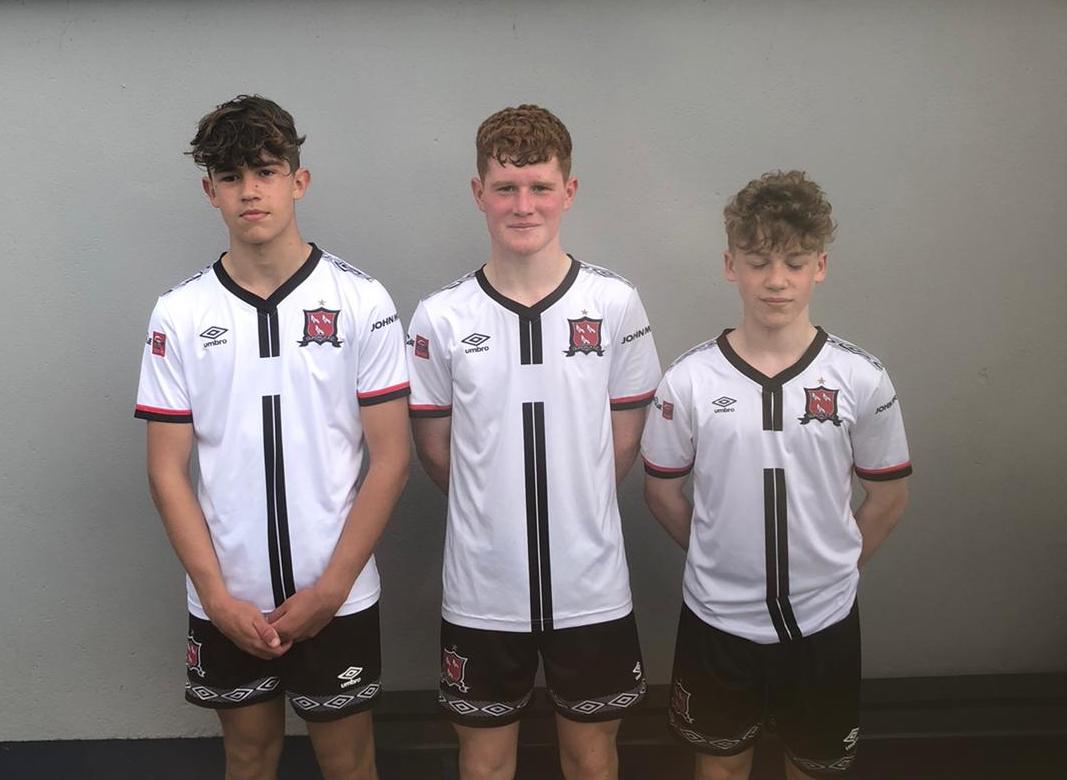 Niko Lovrenkovic (2), Cian Spaight and Conall Alfred all got on the scoresheet for the U15s

Earlier on Saturday afternoon, the Dundalk WU17s were in cup action as they hosted Sligo Rovers at Oriel Park in Group D of the WU17 Cup. It was a positive performance from Roberto Bonello’s side, but they came up short as Sligo Rovers left with a 2-1 victory. The Lilywhites will hope to build on their performance and pick up a first win of the group in their next cup game against Peamount next month.

In the only action on Sunday afternoon, Dundalk U19s travelled to Dublin to take on Shamrock Rovers in their third match in Group A of the 2022 Enda McGuill Cup. The Lilywhites were dealt their first loss of the group, as goals from Michael Leddy and Carl Lennox secured a 3-0 win for the Hoops. Tiarnan Mulvenna’s side now sit second in the group with six points from three games.