All four of the Dundalk FC academy sides were in action over the weekend, as the first phase of the league campaign gets close to a conclusion.

Dundalk U17s had a day to remember on Saturday afternoon, as they qualified for the Elite Phase of the EA Sports National Underage League with a 2-1 win away to Sligo Rovers.

The Lilywhites got off to the perfect start as they took the lead just three minutes in, with Eoin Kenny providing the finish. The away side looked to be going into the break with a slender lead, but Sligo struck back on the stroke of half time, with Kyle McDonagh scoring to draw the teams level heading into the break. 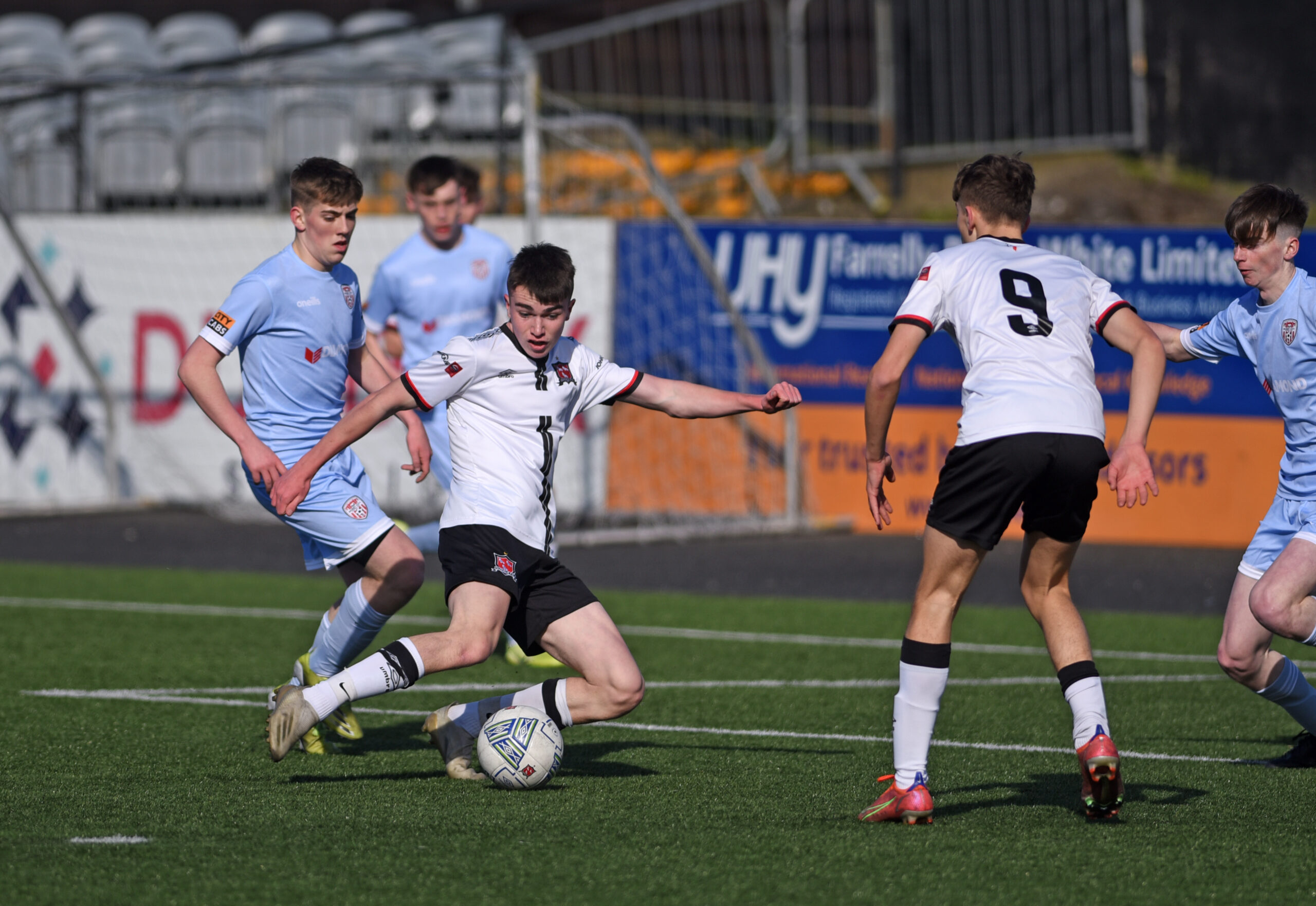 Eoin Kenny in action for the U17s

Dundalk continued to pressure Sligo after the restart, and they managed to retake the lead just after the hour mark, as Jake Hough finished well to give his side the advantage once again.

The visitors were put in a difficult position five minutes later when Sam Case was sent off, but they managed to hold on to secure a 2-1 win and qualification to the Elite Phase.

Also in action on Saturday afternoon, Dundalk FC WU17s made the trip away to DLR Waves in their third game in Group D of the WNL U17 Cup.

Despite a good performance, it was a disappointing result for the Lilywhites, who were dealt a 4-1 defeat at Marley Park. The result sees DLR Waves move to the top of the group, while Dundalk remain fifth as they search for a first win of the group. 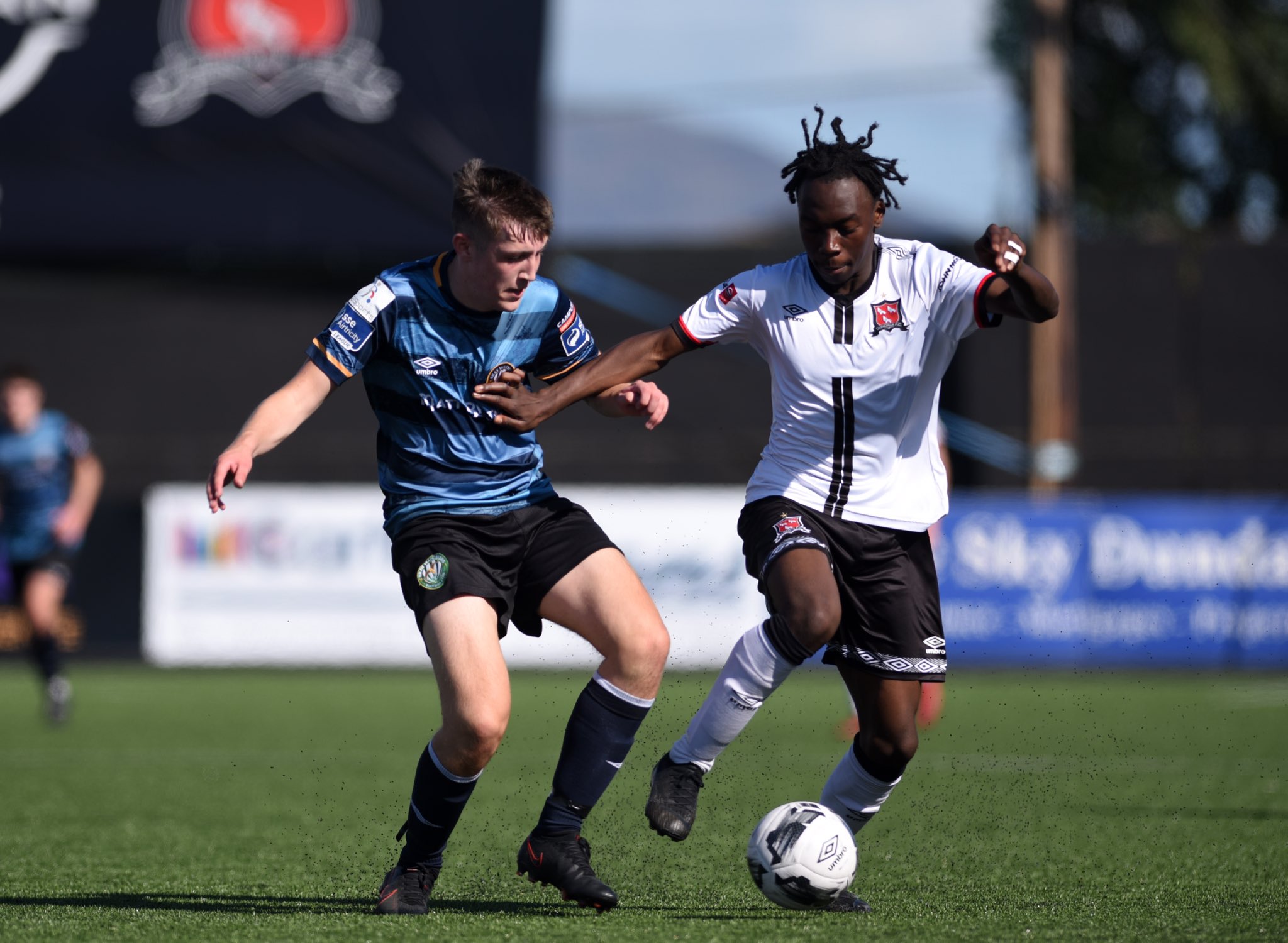 Anthony Moyo of the U19s

Dundalk U19s began their second phase of the league season on Sunday afternoon, as they travelled south to take on Waterford in their first Tier 1 clash.

In an exciting game, it was Dundalk who took all three points as goals from Anthony Moyo, Oisin Coleman and Michael Soyemi cancelled out Waterford’s two from Calum Flynn and Liam Kervick.

It was a brilliant result for Tiarnan Mulvenna’s side, who will be hoping to carry on this good form over the coming weeks.

In the final action of the weekend, Dundalk U15s took on Longford Town at Oriel Park in the U15 League Cup.

In a dramatic tie, Longford ran out 2-1 winners through goals from Ciaran Sheridan and Fiachra Haughey. Liam O’Leary scored for Simon Kelly’s side, but all eyes were on Longford goalkeeper Jack Brehony, who managed to save three penalties on the day to hold onto the points for his side.

It was a disappointing result for the U15s, but a performance that they can build on in the coming weeks.