All four of the Dundalk FC Academy sides were in action over the weekend, with some superb performances produced across the age groups.

In the first action of the weekend, Dundalk WU17s made the short trip south to take on Bray Wanderers on Saturday afternoon. In what looked to be a tough game on paper, the Lilywhites produced a performance of the highest quality to secure a 4-2 win through goals from Grace Kelly, Molly Williams, Sarah Byrne and Ciara Whyte.

Also on Saturday afternoon, Dundalk U17s hosted Shelbourne at Oriel Park. After a couple of weeks away from competitive action, match sharpness was lacking in the early stages for both sides and it was Shelbourne who settled quickest to take control of the game.

The game ended in a rare 3-0 defeat for the Lilywhites, who have produced consistent quality performances throughout this season. Despite the result, players and coaching staff alike will be confident of returning to winning ways in the coming weeks. 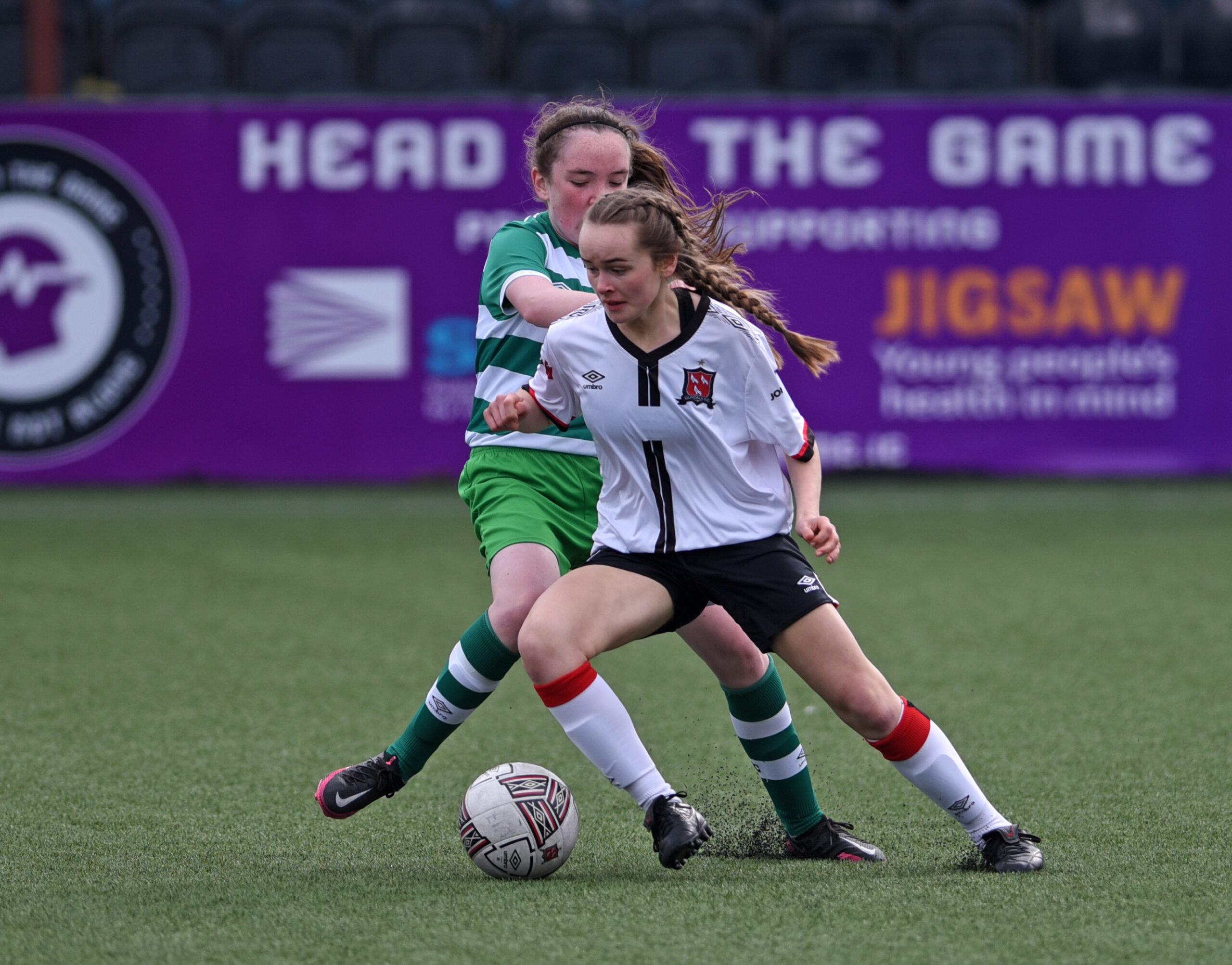 Ciara Whyte of the WU17s

In the only action on Sunday, Dundalk U15s edged Bray Wanderers in a seven goal thriller at the Carlisle Grounds.

After finding themselves 2-0 down after five minutes, Simon Kelly’s side battled back to take a 3-2 lead through goals from Caimin Hughes, Runako Sweetman and Danny Putnam. Bray drew level few minutes later, but couldn’t hold on as Fionn McNamara hit the winner late on to take all three points.

The final team in action over the weekend, the Dundalk U19s hosted Shelbourne in Tier 1 of the U19 National Underage League at Oriel Park on Monday night.

After having nine players involved in Saturday’s first team friendly against Larne, they returned to U19 football for this fixture. In a very competitive match, the sides could not be separated as the game ended in a 0-0 draw. Although a win would have been an ideal result, the performance was a promising one for Tiarnan Mulvenna’s side, who will look to build on it over the coming weeks.