Four of the Dundalk FC Academy sides were in action across the EA Sports National Underage Leagues this past weekend.

There was an historic National League debut for the Women’s U17 side, while the boys U15, U17 and U19 sides all got their respective seasons underway. 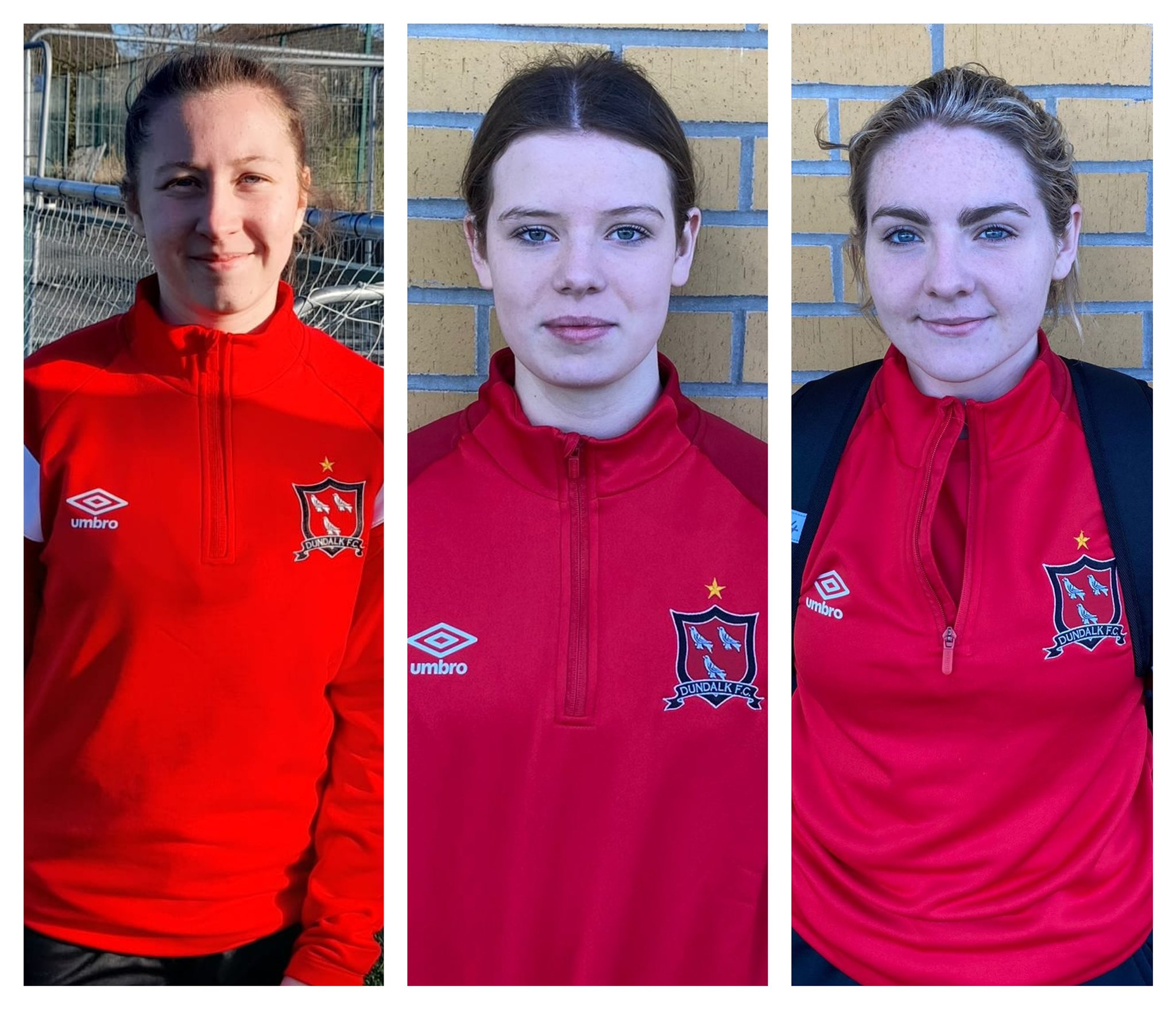 Cer McSherry. Grace Kelly and Abigaile Martin of the WU17s

In the first action of the weekend, Roberto Bonello’s U17 women’s side were held to a 3-3 draw away to Bohemians in their first ever game in the league. Cer McSherry bagged two before Grace Kelly’s third secured a point in the Lilywhites’ first match in Group B. Their next fixture will be a home fixture against Shamrock Rovers at Oriel Park this Saturday, March 12th. 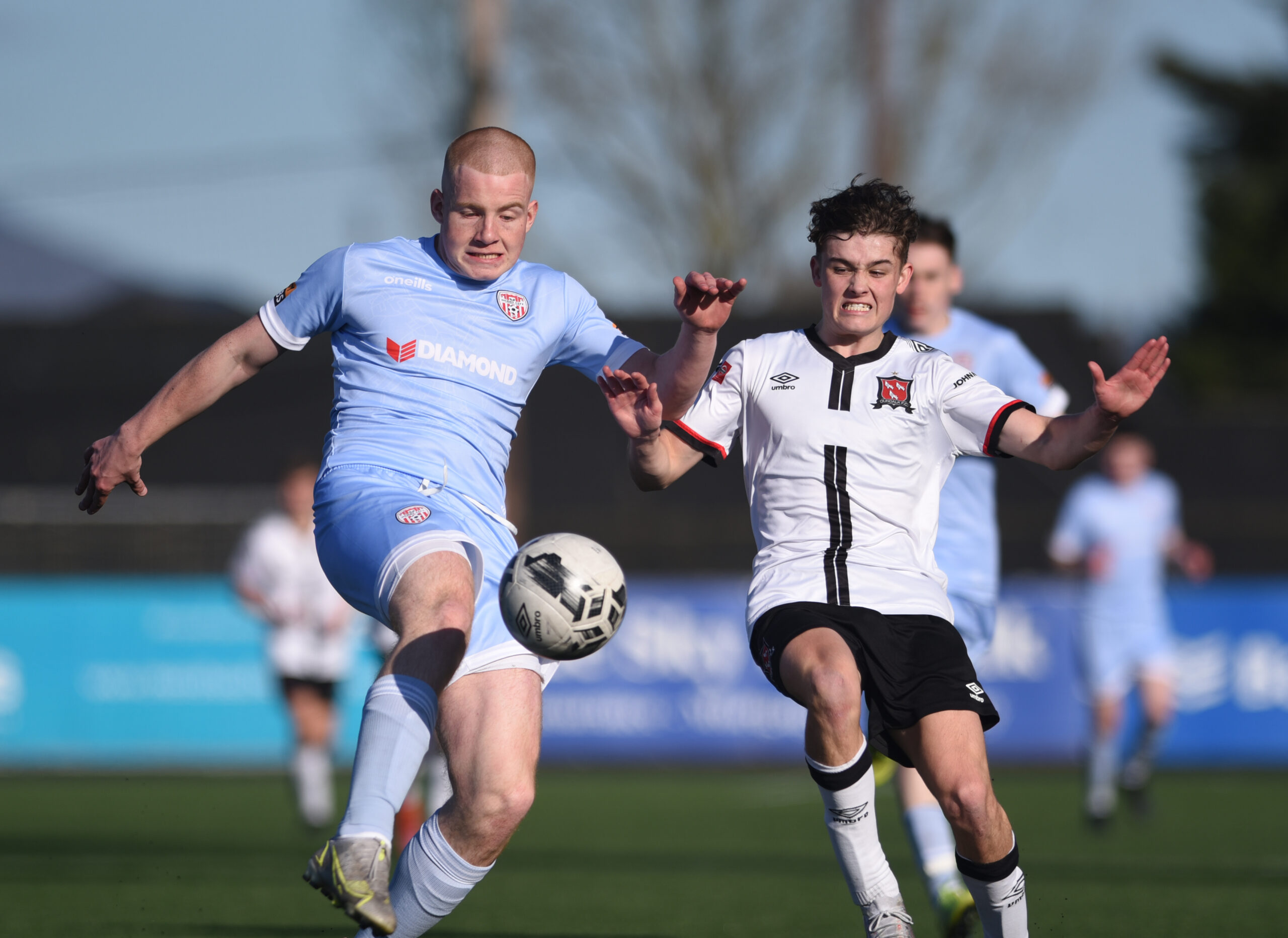 Also on Saturday afternoon, Dundalk U17s hosted Derry City at Oriel Park, in a rematch from their final fixture of the 2021 season. Unfortunately, it was the Candystripes who emerged victorious on this occasion, with Ciaron O’Hara scoring both goals in the 2-0 victory. Up next for the U17s is a trip away to take on Cavan Monaghan on Saturday afternoon. 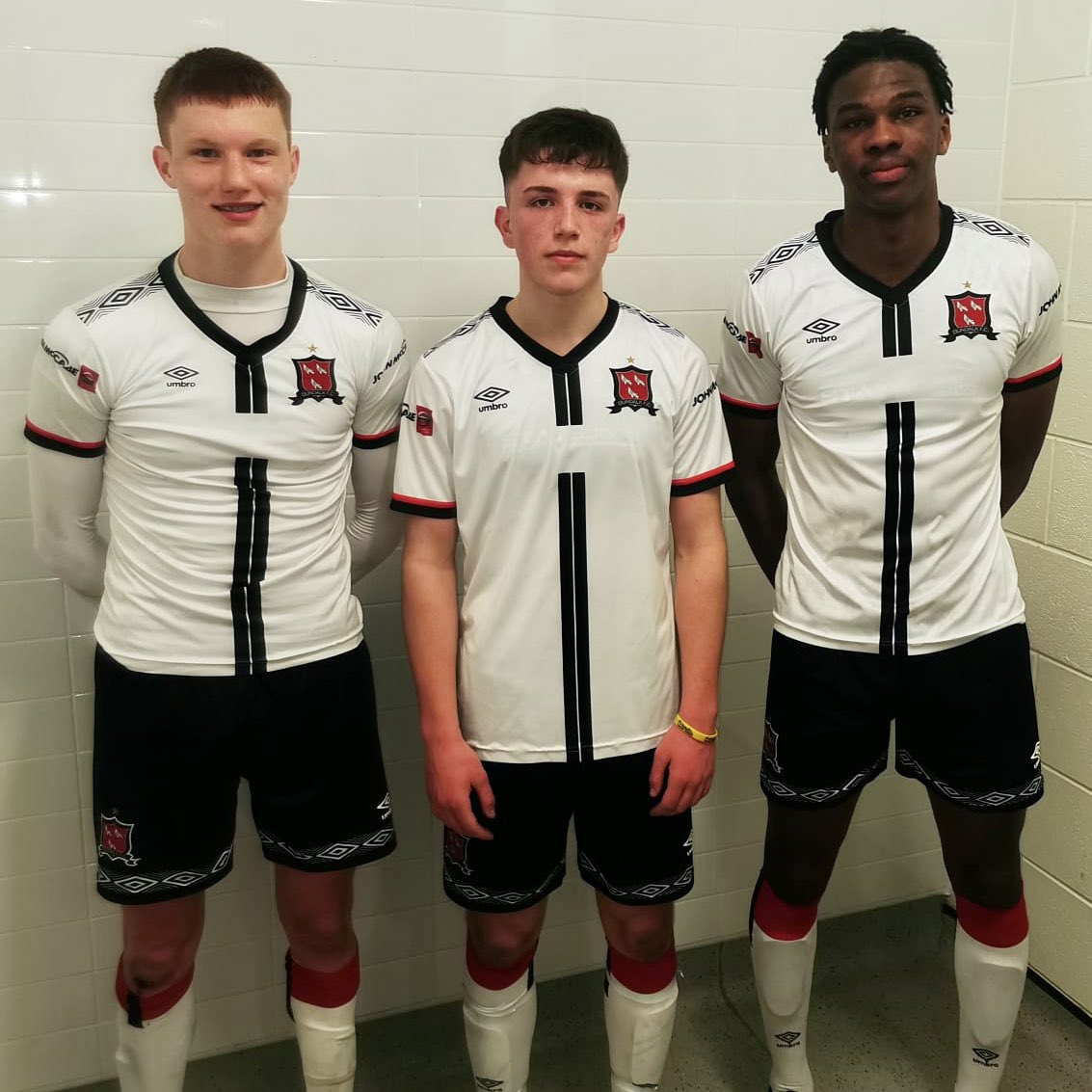 On Sunday afternoon, the Dundalk U19s got off to a winning start as Mayowa Animasahun’s injury-time goal secured a 2-1 win away to Derry City at the Ryan McBride Brandywell Stadium. Thomas Galvin scored a brilliant 35-yard lob to open the Lilywhites’ account for the season before Animasahun’s late winner wrapped up all three points for Tiarnan Mulvenna’s side. Up next for the U19s is another away game against Athlone Town this Sunday, March 13th.

In the final action of the weekend, the Dundalk U15s were narrowly defeated 2-1 by Klub Kildare in a tightly contested contest that could’ve gone either way. A quickfire double just after the half hour mark stunned the Lilywhites but they battled back and managed to pull a goal back with thirteen minutes to go as a stunning half-volley from Conall Alfred flew into the top corner from well outside the box. Despite their best efforts, the hosts fell to an opening day defeat, but were hugely impressive in their performance. Up next for the U15s is an away clash with St Patrick’s Athletic this Sunday.