All four of our academy sides were in EA Sports National Underage League action at the weekend, with more positive performances from each age group.

Dundalk WU17s had their first ever home game in the EA Sports National League this weekend, as they hosted Shamrock Rovers at Oriel Park on Saturday afternoon.

Shamrock Rovers controlled the ball for large periods of the first half, and despite some resolute defending from the Lilywhites, the visitors took the lead from a corner and held their lead heading into half time.

The hosts regrouped at the break and took control of the game at the start of the second period, with two good chances falling the way of Cer McSherry and Molly Williams, with both girls going close with their efforts.

The Lilywhites pushed Rovers all the way but couldn’t find the finishing touch as the visitors escaped with the three points.

It was a disappointing result for Roberto Bonello’s side, but there were plenty of positives to take from the game as they travel to Donegal next weekend. 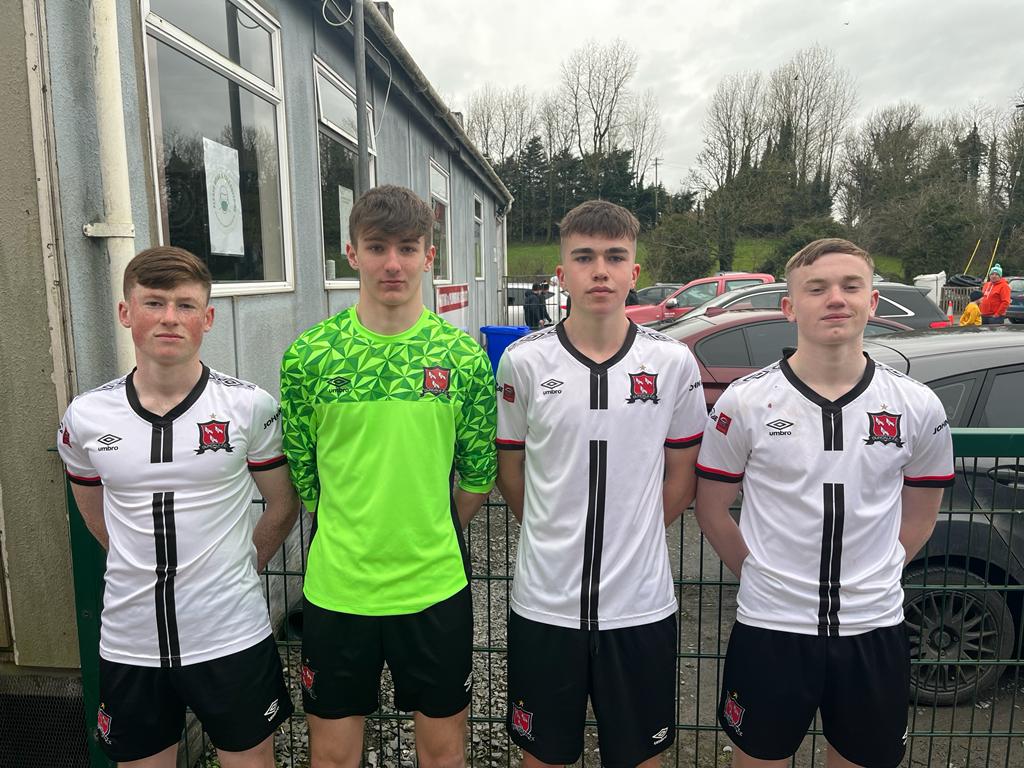 Also on Saturday afternoon, the Dundalk U17s had their first away fixture of the season as they took on Cavan-Monaghan.

The Lilywhites got off to the better start, but Cavan-Monaghan soon took control of the game, and they made their possession count as they took the lead through Ethan Ballantine. The visitors went into the half time interval a goal behind, but following the introduction of Josh Hand the balance of the game flipped in Dundalk’s favour.

Hand was soon heavily involved as the Lilywhites equalised ten minutes into the second half, as he received the ball from Eoin Kenny before playing it across the goal, where Sam Case was on hand to finish.

The game swung firmly in Dundalk’s favour from then on, and they capitalised to take the lead just five minutes later, as Eoin Murtagh rifled an effort in from range to bag his first goal for the Lilywhites since arriving from Malahide United.

The game was far from over though, as Eoin Kenny finished a stunning counter attack just a few minutes later to make it 3-1. Cavan-Monaghan struck back a few minutes later, with Matthew Finn finishing the rebound after Thomas Brady did well to save a penalty to set up a tense final fifteen minutes.

Dundalk made full use of their bench to regain control of the game, and managed to score a fourth with ten minutes to go. Hand was once again the provider, bursting down the left wing before producing a brilliant pull back for Eoin Kenny to score his second of the afternoon. The Dundalk backline and Brady dug in for the final few minutes to ensure that the Lilywhites took all three points from a difficult away game. 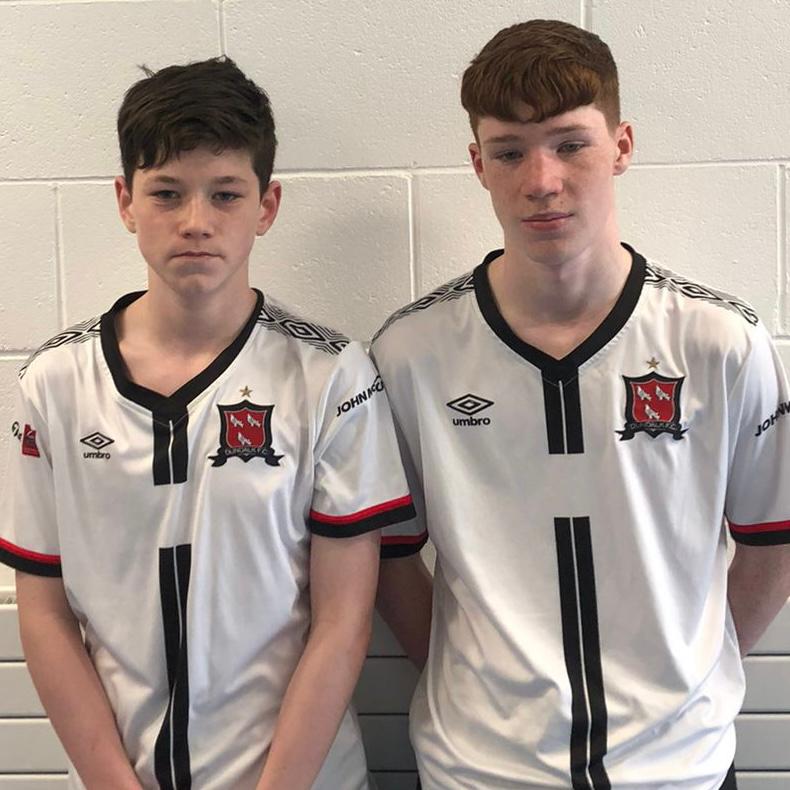 Aaron Dowd and Liam O’Leary of the U15s

Dundalk FC U15s were back in action on Sunday afternoon as they took on St Patrick’s Athletic in their first away game of the season. It was a disappointing day at the office for the Lilywhites, as they were defeated 5-2 by the Saints. Aaron Dowd and Liam O’Leary scored the goals for the visitors, but it wasn’t enough as they fell to defeat .

Simon Kelly’s side will be hoping to regroup and go again as they travel west to take on Galway United next Sunday, March 20th. 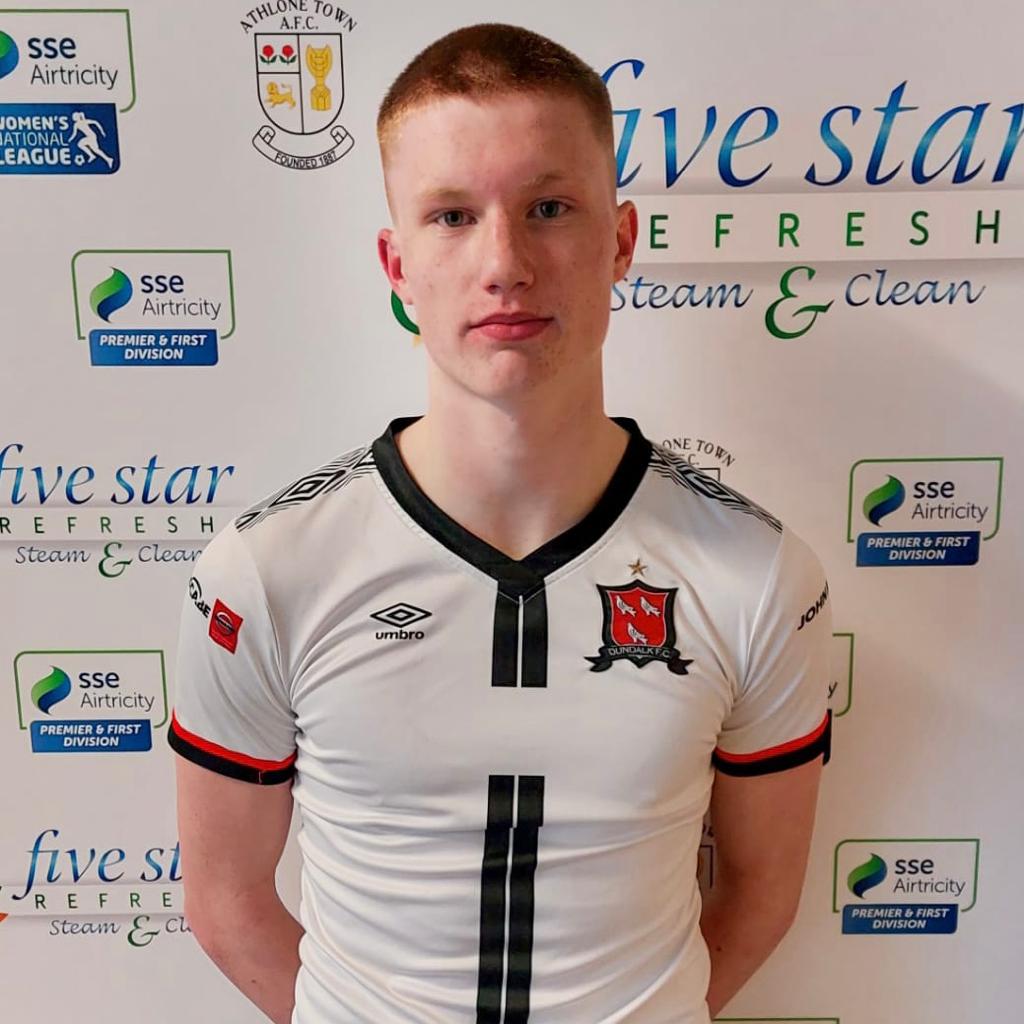 U19 Man of the Match Senan Mullen

In the final action of the weekend, Dundalk U19s continued their unbeaten start to the season as they drew 1-1 with a tough Athlone Town side. Last week’s Man of the Match Senan Mullen once again produced a performance of the highest quality, as his goal and control of midfield throughout the game secured a point for the Lilywhites.

Up next for Tiarnan Mulvenna’s side is a home clash with Bohemians on Sunday, March 20th at Oriel Park.