Stephen O’Donnell has challenged the club’s young players to put themselves in the first-team picture this season.

A good weekend for the club’s underage set-up was rounded off on Saturday when Kenny – who scored the equaliser and hit the crossbar with an outrageous Rabona – Mullen, Bonner and Aidan Russell Vargas featured for the Republic of Ireland U18 Schools team in their 2-1 win over Australia at Whitehall and O’Donnell said it was important that they kept making positive strides.

“We want to bring our own young players through, but there has to be a balance,” he told dundalkfc.com. “They have to be good enough to come through the system. We’re not just going to give positions or games out as token gestures or for a bit of show.

“The lads in question have shown a lot of potential but as I said to them, they have to go back down to underage level now and go and really be outstanding and exceptional and stand out. If they do, they will get more opportunities with us.”

Mullen started at left-back in the scoreless draw against Harps while Kenny, Bonner, Coleman, Hough and Mayo all came off the bench in the second half and O’Donnell felt that each of them made a big contribution.

“Senan is a central midfielder but we started him at left back to give us balance,” he said. “We played him out of position but he has a big, big chance if he goes on to fulfil his potential. 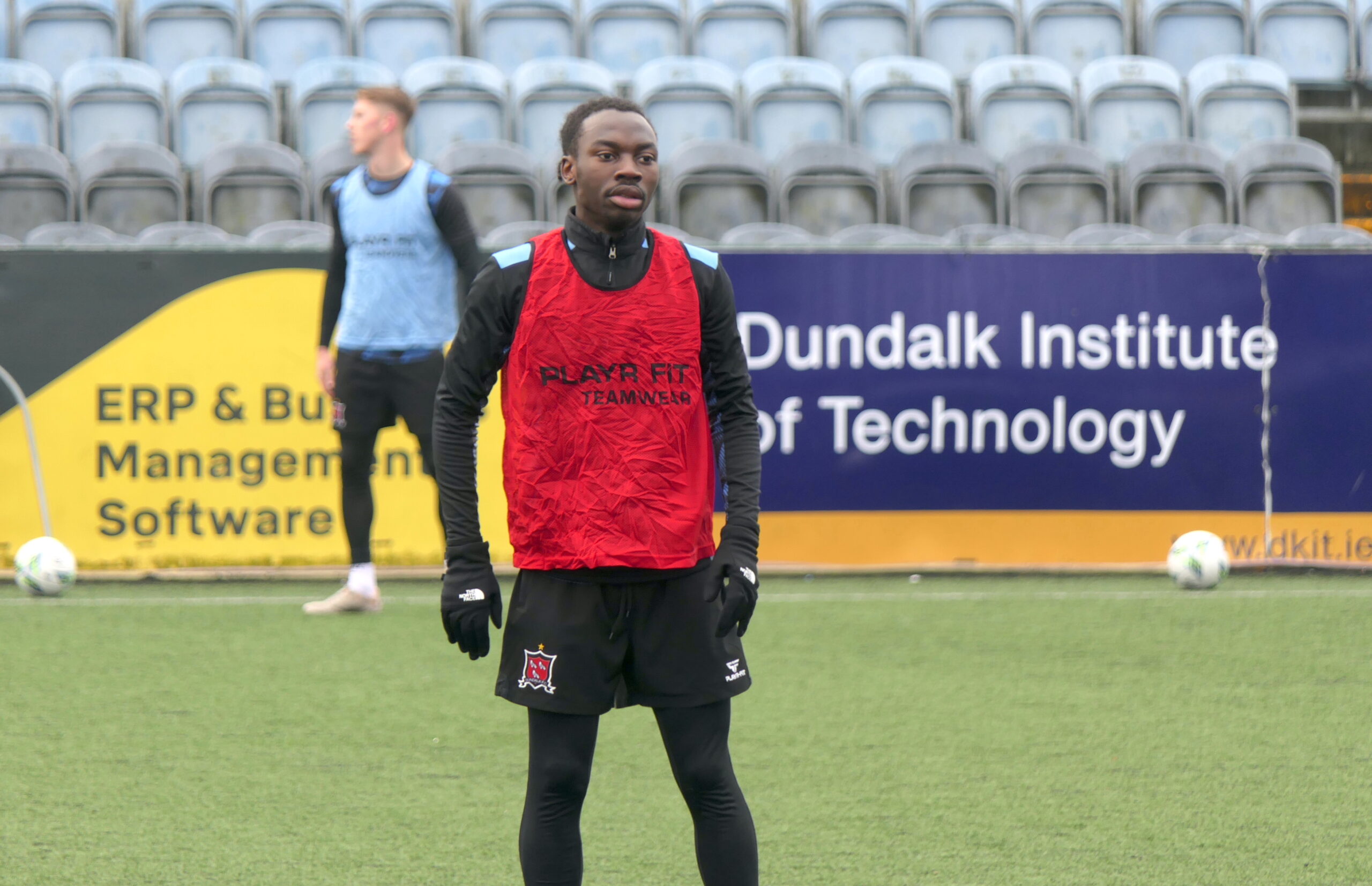 “He has a good frame and has a good left foot. We probably didn’t show him in the best light tonight because he was out of position but he is going to be a midfield player with a lot of attributes.

“We know a fair bit about Anto (Mayo),” he added. ”He has been in with us in pre-season and he played in a training game last week and did very well.

“Eoin Kenny put himself about. He’s going to be a handful. He has a big frame and he’s mobile. Playing up front is the hardest position but the more minutes he gets, he’ll keep improving.”

Coleman came on for his first-team debut with 14 minutes to go and O’Donnell liked what he saw from the cultured midfielder.

“Oisin gave an excellent cameo,” said the former Dundalk captain. “He showed exceptional composure with his passing. He set Anto away on the right and he clipped a lovely little ball over the top for Eoin. He was excellent.

“Jake Hough got a half an hour and I thought he was exemplary and Callum Bonner, off the side, was very lively with his movement.

“There was loads to be happy with. I think they all showed really good confidence and really good composure and, if anything, when the came on we regained the initiative and we looked threatening.

“They’ve put in a really good foundation for themselves and they’ve shown they have a lot of attributes but they need to keep progressing and keep improving.”