ACADEMY TEAMS GLAD TO BE BACK

Dundalk FC academy manager Stephen McDonnell and U17 coach Darren McGarry are glad to finally see the opening National Underage League season kick off this weekend after a lengthy delay because of Covid-19.

The Dundalk academy teams returned to training in early May, a move that was more than welcomed by Stephen McDonnell, who has been waiting since January to properly get started in his jobs as both academy manager and U19 head coach.

“It’s definitely been a slow burn to start the year. We put out a coaches announcement in February saying that we’d be back in March, but then March passed and then April passed too so it’s been a long time coming,” he said.

I’m going into my seventh month in the job and the academy is only kicking off in terms of proper games now, so it’s good to finally get to this point, although I’ve been busy enough anyway!”

It’s been a new experience for McDonnell, who was named as the club’s academy manager at the start of the year, but he’s hoping to strike the perfect balance between that job and his role in charge of the U19s.

“My main remit is to oversee all of the teams and all of the coaches, making sure structures are in place and making sure things are organised but for me, it’s important to try to keep a handle on coaching as well.

“I’ve enjoyed the job so far. In the last couple of weeks, I’ve been able to revert back to this role. Up until then I’d been overseeing the academy and the U19s, as well as being assistant to Jim Magilton for the best part of three months so now hopefully I’ll be able to get stuck into it.”

The U19s are on the road to begin their season when they face Shamrock Rovers on Sunday, a fixture McDonnell believes will be a tough start for the young Lilywhites.

“I’m expecting a tough fixture. Of course, the likes of Rovers, Bohemians and Sligo have a better production line of players through their academy because they are probably three or four years ahead of where we’d like to be.

“Let’s not shy away from it, Rovers will be very competitive. In the first team fixture here a few weeks ago, when we beat them 2-1, they had effectively eight U19 players on the bench so it’s going to be a difficult task but it’s one we have to be well prepared for and hopefully, we’ll get something from the game.” 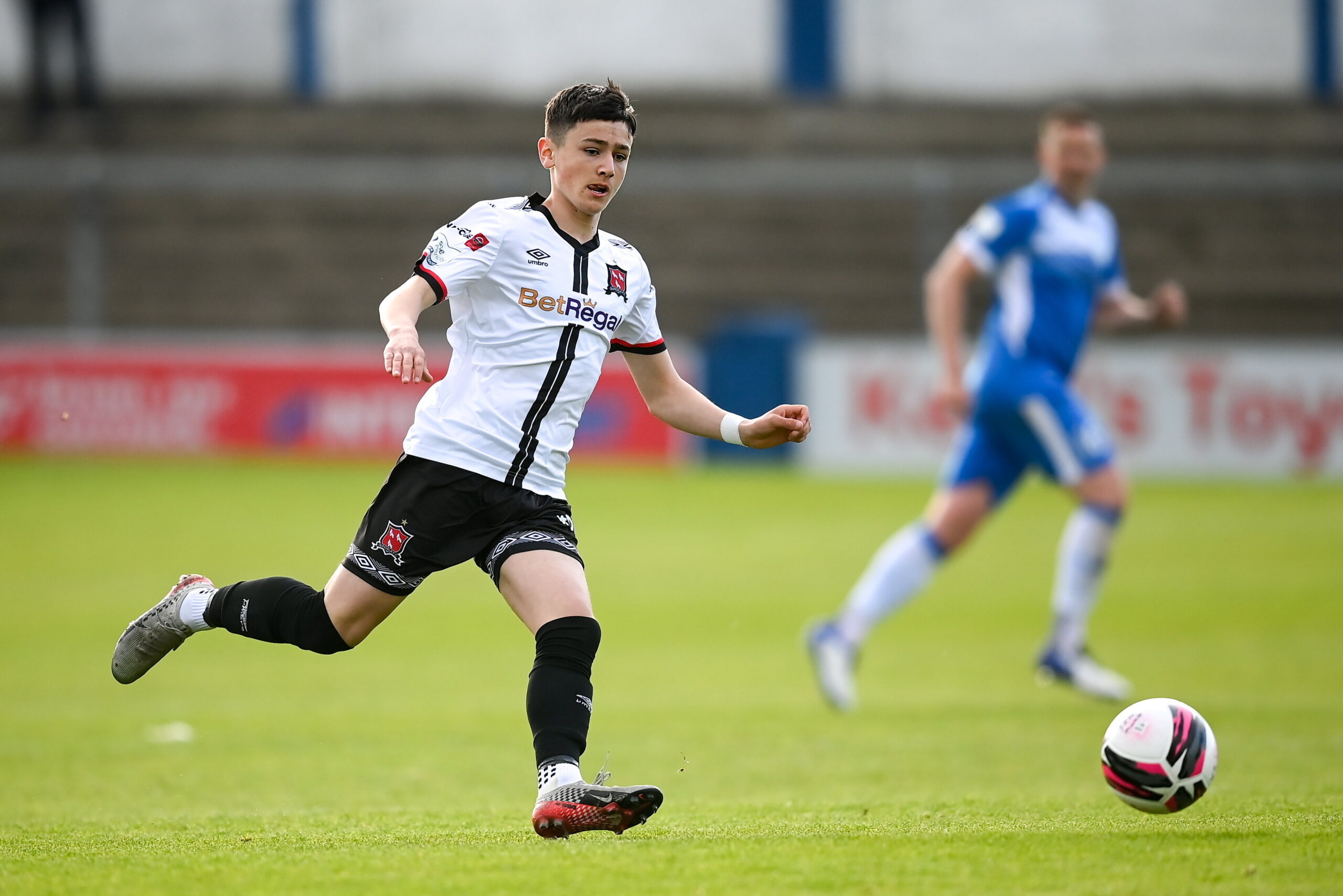 Ryan O’Kane is still eligible to play for the U19 team this season. Photo by Stephen McCarthy/Sportsfile

At U17 level, Darren McGarry has had his own challenges ahead of the new season, including getting to know his new players who’ve come in from the younger age groups.

“The Covid restrictions presented a number of challenges for us. The biggest challenge was trying to get to know the players. Myself and assistant head coach James Toner set up individual zoom meetings with all the players and Ronan McGann, our goalkeeping coach, had both individual meetings and group meetings with the goalkeepers.

“This gave us all the chance to speak to them and get to know them as a person before we spoke anything about them as a football player. This was a massive benefit when we eventually did get back on the pitch that we had already established relationships with the players and could get to work straight away.

“Another challenge was keeping the players engaged and ensure that physically they would be ready to return to the pitch. Our strength and conditioning coach Francis Marry had designed conditioning programmes for the players and was able to monitor them so we knew exactly where they were at when we returned to training.

“I think the players deserve a lot of credit for their attitude and application during the time we were waiting to return to the pitch. They were patient and continued to work hard with their individual programmes when they could have easily became demotivated.”

Despite the delayed return, McGarry believes their preparations have been good ahead of their opening fixture away to Sligo Rovers on Saturday.

“Preparations have been good. The players and staff have been working very hard over the last couple of weeks. We’ve been in training and also played in a few friendlies which were great for the players as they haven’t played in so long. We played UCD and Longford Town, as well as a game against our U19s which was a great challenge for the players to be able to see the level at U19s.”

“We’re expecting a very good game this weekend. Sligo are a strong side and we’re really looking forward to it. We’re in a good place at the moment, we have a strong squad but we know it’s a process.

“We’re expecting to see the players starting to implement our style of play but we also know that it’s the first game and pre-season has been relatively short in terms of being on the pitch so we know there will be a lot of learning that both players and staff will take away that we can work on to continue to develop the players over the next number of weeks.”

Ahead of the beginning of the season, McGarry has talked at length with his players about their goals and aspirations for the weeks and months ahead.

“We’ve spoken about goals for the season as a staff, as a team and individually to players. All players have set out their own personal goals and as a team, we have set targets that we hope to meet but the main objective for us to achieve is that every player in our squad improves from when we started to when the season finishes.”

“We have 13 players born in 2004 that will be too old for the U17s next year so it’s our job to help them be in the best place possible come the end of the season to step up to the U19s.”