Dundalk FC is delighted to announce the signing of Welsh U21 international Joe Adams from Brentford FC.

The 20-year-old attacking midfielder is the eighth new face to arrive at Oriel Park this winter, where he will link up with former Brentford B – and current Welsh U21 – teammate Nathan Shepperd.

Born in Bolton, Joe came through the academy system at Bury and made his debut for the first team as a 17-year-old in April 2018. He went on to make a further five appearances for the club in League Two, the FA Cup and the EFL Trophy.

He moved to West London in the summer of 2019 and scored five goals in 33 games during his first season with Brentford’s B team.

A short loan spell at Grimsby Town followed in February 2021 and he finished the campaign by winning the Brentford B Goal of the Season award for a fine strike against Swindon Town. 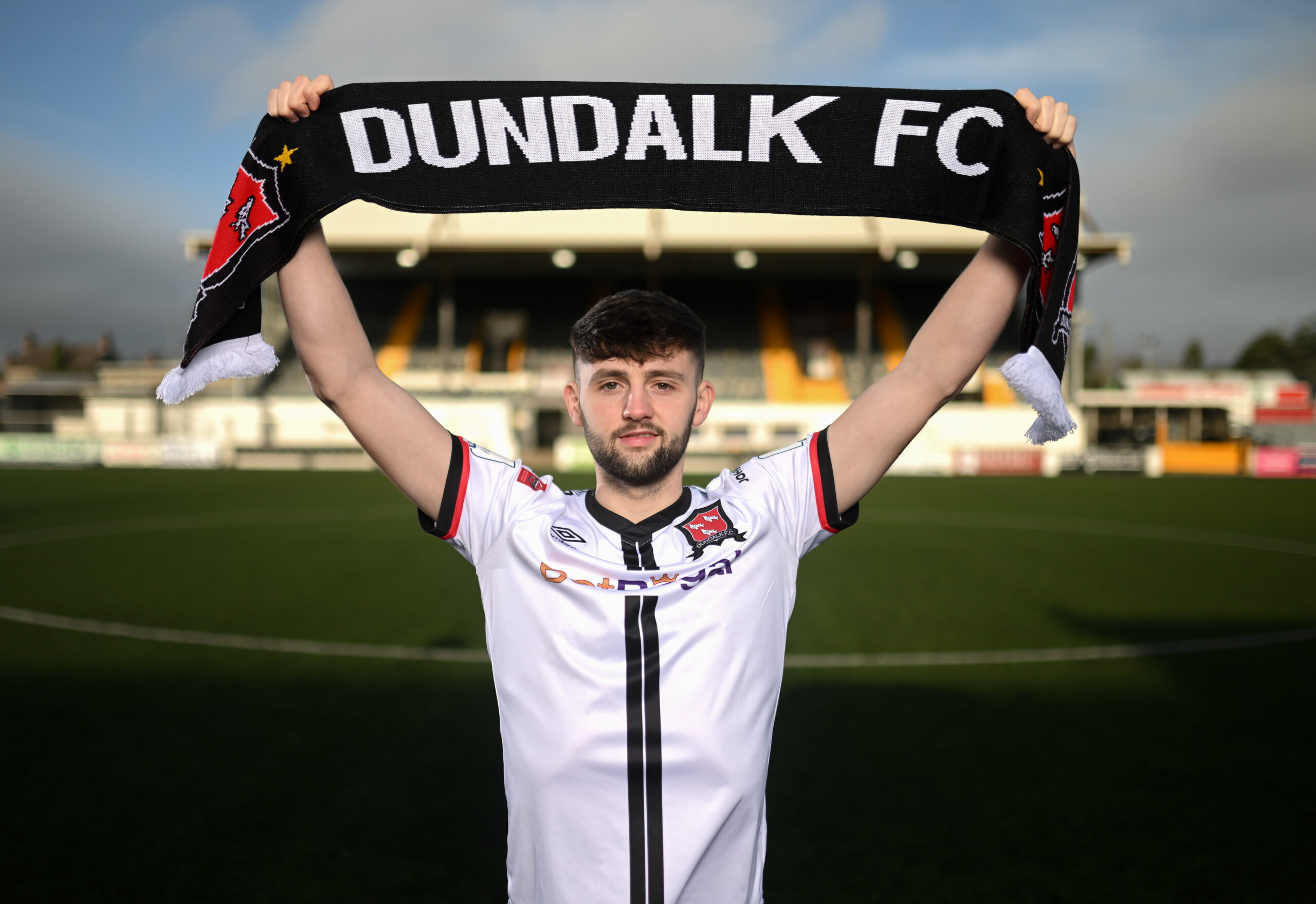 “I’ve known Nathan for the past three years and we also play with the Welsh U21s,” said Adams. “He’s a really close friend of mine and it’s great that he’s here at Dundalk. It will make it a lot easier for me to settle.”

Adams has represented Wales on numerous occasions at U17 and U19 level and after making his U21 debut against Belgium in September 2020, he has gone on to become a regular in Paul Bodin’s squad.

He scored in Wales’ 2-1 defeat against the Republic of Ireland last March, while he was also on the scoresheet twice as the Welsh recorded an emphatic 7-0 victory over Gibraltar in a European U21 Championship qualifier in November.

“Joe is a player with a great pedigree and he’s very technically gifted,” said Dundalk FC head coach Stephen O’Donnell. “He can play off both feet and he’s good athletically. We’re really looking forward to seeing him play. He’s a quality addition and he is a player who will really excite our fans.”