Robbie Benson is hoping that history will repeat itself after booking Dundalk’s place in Tuesday’s Extra.ie FAI Cup quarter-final draw with a late penalty in Wexford on Friday night.

Although he didn’t play in the match, the midfielder was part of Stephen O’Donnell’s St Patrick’s Athletic squad that overcame First Division side Cork City at the same stage of last year’s competition.

Pat’s, of course, went on to lift the trophy, with Benson, a cup winner with Dundalk in 2018, scoring the winning spot kick against Bohemians in a penalty shootout at the Aviva Stadium.

“If you get to a cup final, you don’t remember nights like this,” he said after the dramatic win at Ferrycarrig Park, “but they’re as important as anything to help you get there.

“Dundalk have been synonymous with the FAI Cup over the past eight years. It’s a great day, especially for lads who have never been there and it’s on our minds to try and give them and their families a big day out.

“The best days you have are cup finals,” he added. “At the start of every season you set out to win the league but the feeling of winning the cup is something different and  special and hopefully we’ll get a taste of that again.” 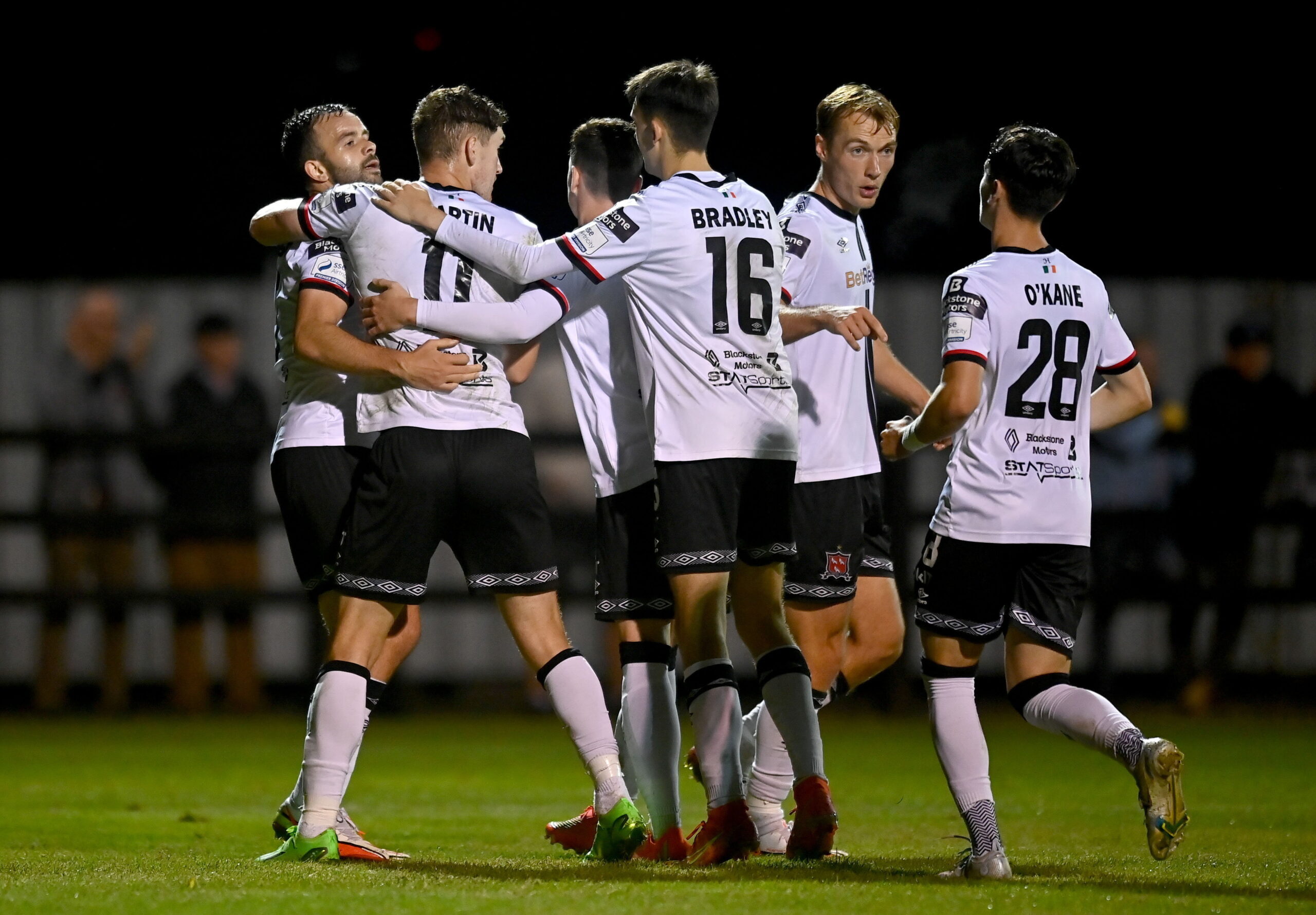 Robbie Benson celebrates with his teammates after scoring Dundalk’s winner in the Extra.ie FAI Cup second-round tie with Wexford at Ferrycarrig Park. Photo by Ben McShane/Sportsfile

Reflecting on the game, Benson admitted that Dundalk’s display was well below par but he hailed the Lilywhites’ spirit to recover from going 2-1 down to force extra-time.

“It was end-to-end stuff,” he said. “There were five goals but there could have been eight or nine. We were just thankful to come out the right side of it, especially after finding ourselves 2-1 down. It was disappointing that we were in that position but we showed great character, never gave up and got the job done.

“We have a lot of bodies out injured at the moment but I think it showed the strength of the squad that the men who came off the bench made a difference, like Ryan O’Kane and John Martin. They were brilliant for us.

“When we needed someone to stand up for us when the chips were down, Ryan went and scored a great goal. It shows how much he has come on since the start of the year. He had a big future ahead of him and we were so happy for him to get his first senior goal.

“There are lots of things to improve on but we have no time to lick our wounds, we just have to put it right on Monday night in Sligo.”

The draw for the quarter-finals of the Extra.ie FAI Cup will be broadcast live on RTE Radio’s Game On and will also be streamed on the FAI’s YouTube channel from 6.10pm on Tuesday, August 30th.