Robbie Benson is hoping to be a thorn in Shamrock Rovers’ side once again when Dundalk play host to the reigning SSE Airtricity League champions on Monday night.

Seven of the midfielder’s 28 goals for Dundalk came against Rovers during his first spell at Oriel Park between 2016 and 2019.

Indeed, his final league goal for the Lilywhites came in the 3-2 win over Rovers on September 23rd, 2019, a night when the league title last came back to Oriel Park.

“I have a lot of good memories scoring against Rovers,” he told dundalkfc.com. “It’s a weird one. Derry City is another club I used to score against quite a lot when I was here the first time around.

“A lot of the games you play against Rovers are high-octane, big matches and I enjoy that kind of stage so that might play a part in it – but luck and coincidence are probably the biggest factors in it!

“Rovers are going for three-in-a-row, which is a big milestone for any club and there will be a lot of pressure on them this season. They will have to deal with that pressure and if they are feeling it, we will have to capitalise. 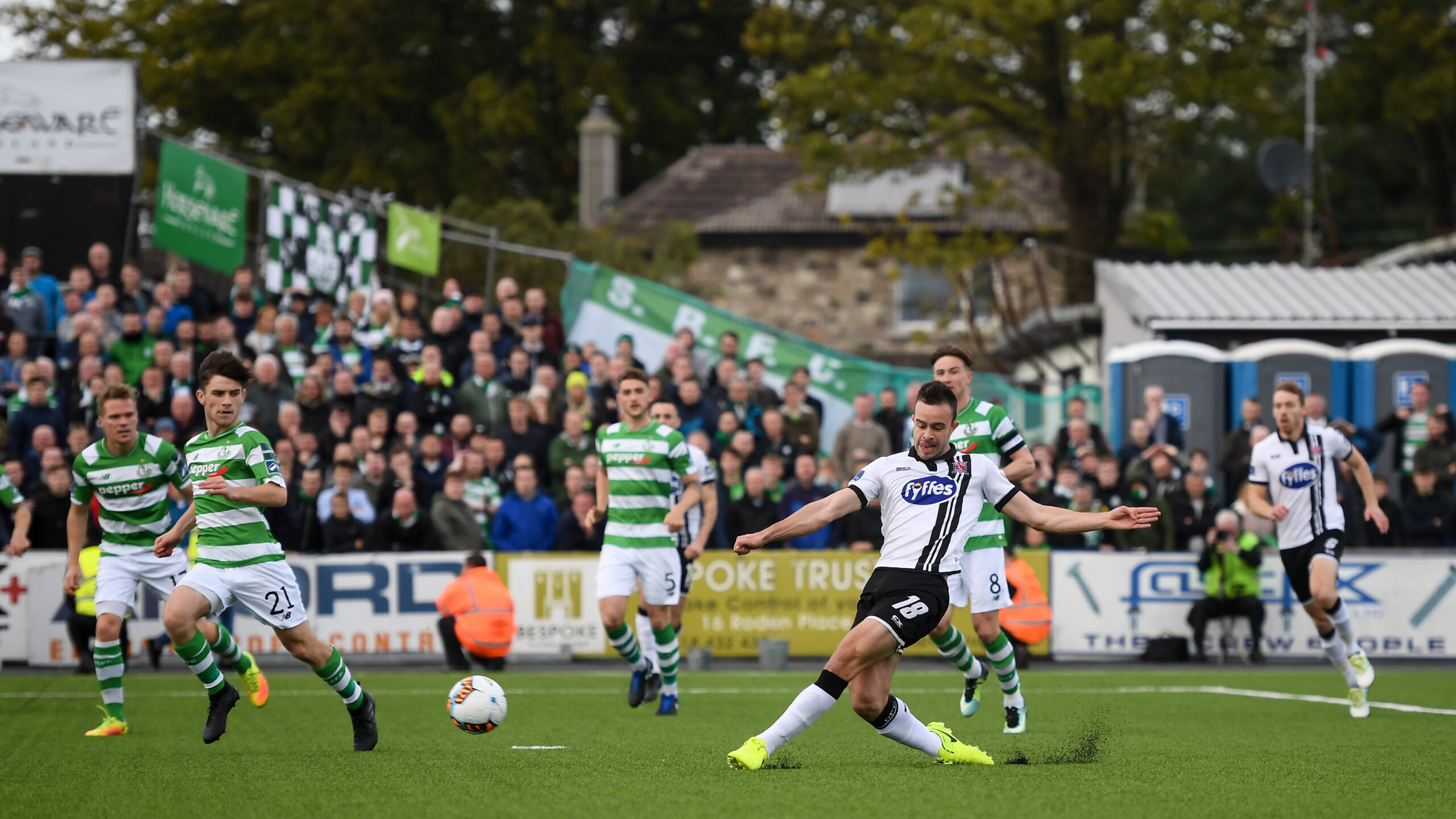 “I haven’t scored since I’ve come back to Dundalk so this would be a good place to put that right.”

Benson and some of his old teammates were sat in the main stand at Oriel Park last October to witness Dundalk’s 1-0 win over the Hoops, a night when the home supporters put on an unforgettable display of passion to cheer the players on to victory.

“It’s a shame this game is on a Monday night because it’s a fixture you don’t want to be lost in a midweek round of games but I know our fans will still be looking forward to it,” he said.

“I was here as a neutral for that game last season and I thought that was one of the best I’ve ever seen from the Dundalk fans. They were brilliant and they really pushed the team over the line and I’m sure it will be the same on Monday.”

A win would take Dundalk ahead of Stephen Bradley’s side in the league table but Benson said he wouldn’t be getting carried away with the outcome – win, lose or draw – on Monday evening.

“There are two sides to the coin,” he said. “Dundalk were the standard bearers in the league for a number of years but we have to acknowledge that this is a brand new team. 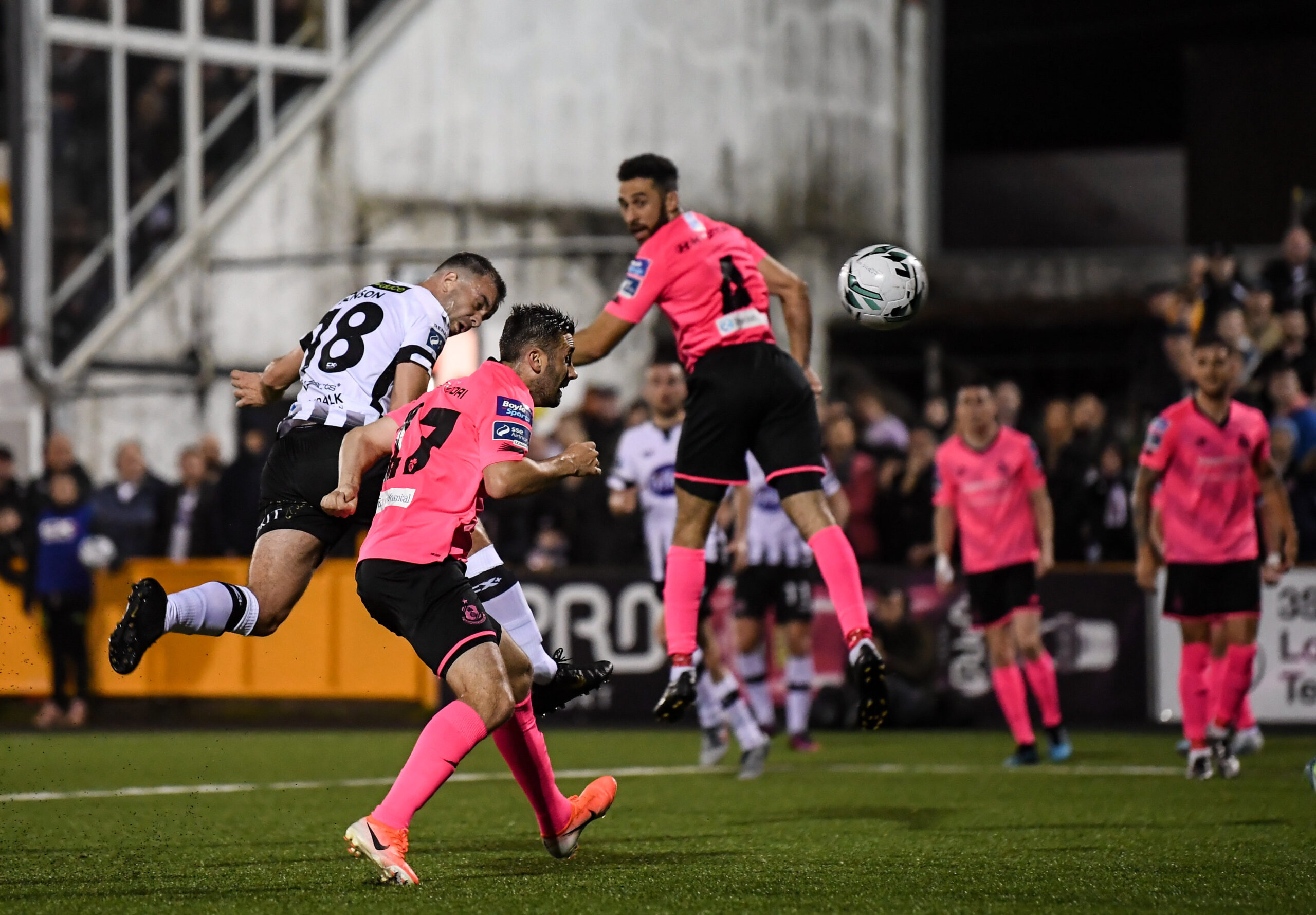 “It will take time for it all to come together and there will be hiccups along the road but there have been a lot of encouraging signs in the opening few games. I think a better time to judge this team will be 15, 20 games into the season, not after five.”

As well as being his 101st league start for Dundalk, Friday night’s 1-1 draw with Shelbourne was Benson’s 384th appearance – and 325th start – of a career that began almost 13 years ago with his native Athlone Town.

“That makes me feel old,” he smiled. “That’s a lot of games and a lot of miles racked up on the clock but I’m still the right side of 30 – for a few months anyway.

“I’m very proud of the career I’ve had,” he added. “I love the League of Ireland, I love playing football for a living and I’ve had a lot of great nights, particularly with Dundalk, so here’s hoping there’s a lot more to come.”