Steven Bradley scored his second goal in as many games as Dundalk left Dalymount Park with a well-deserved share of the spoils following an entertaining game with Bohemians.

Jordan Flores’ opener was cancelled out less than 90 seconds later by Patrick Hoban but Promise Omichere’s 44th-minute effort put the hosts in front at the break.

Bradley’s 56th-minute header, however, restored parity and Dundalk could, and probably should, have won it after finishing the game strongly. 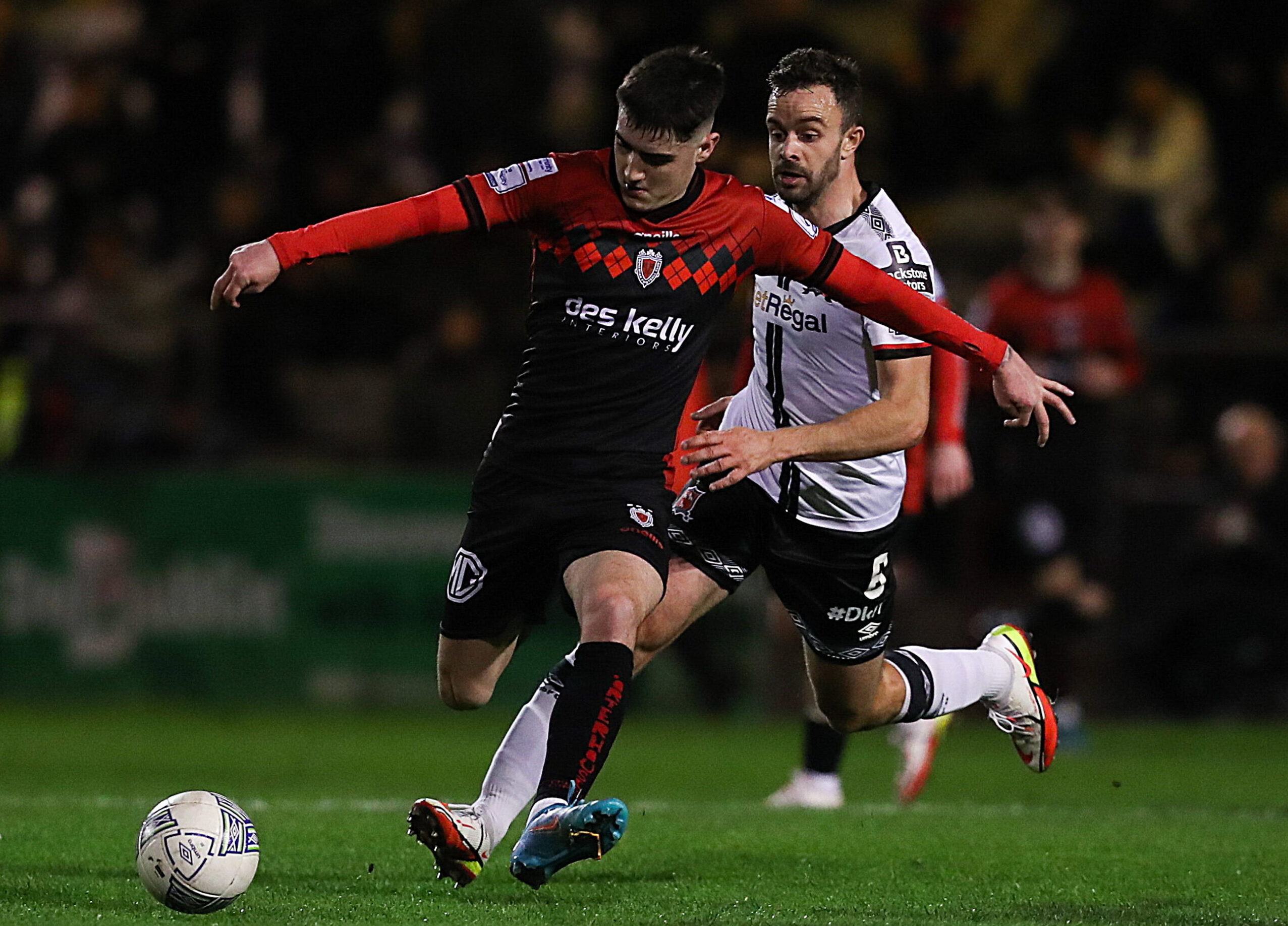 Head coach Stephen O’Donnell made two changes to the side that drew 2-2 with Derry City on the opening night of the season with Daniel Kelly and Greg Sloggett coming in for Joe Adams and Paul Doyle.

The first opportunity of a lively first half fell to a familiar face but former Lilywhites midfielder Flores, now of the Phibsborough parish, fired wide from 20 yards.

Attacking the large travelling support, Dundalk almost drew first blood just two minutes later when a well-worked move from right to left ended at the feet of Kelly but James Finnerty made a stunning block to deny the former Bohs player.

Flores was a scorer of spectacular goals during his spell at Oriel Park but he took a more old-fashioned route to break the deadlock after 28 minutes, rising to meet Ali Coote’s vicious corner and head home at the near post. 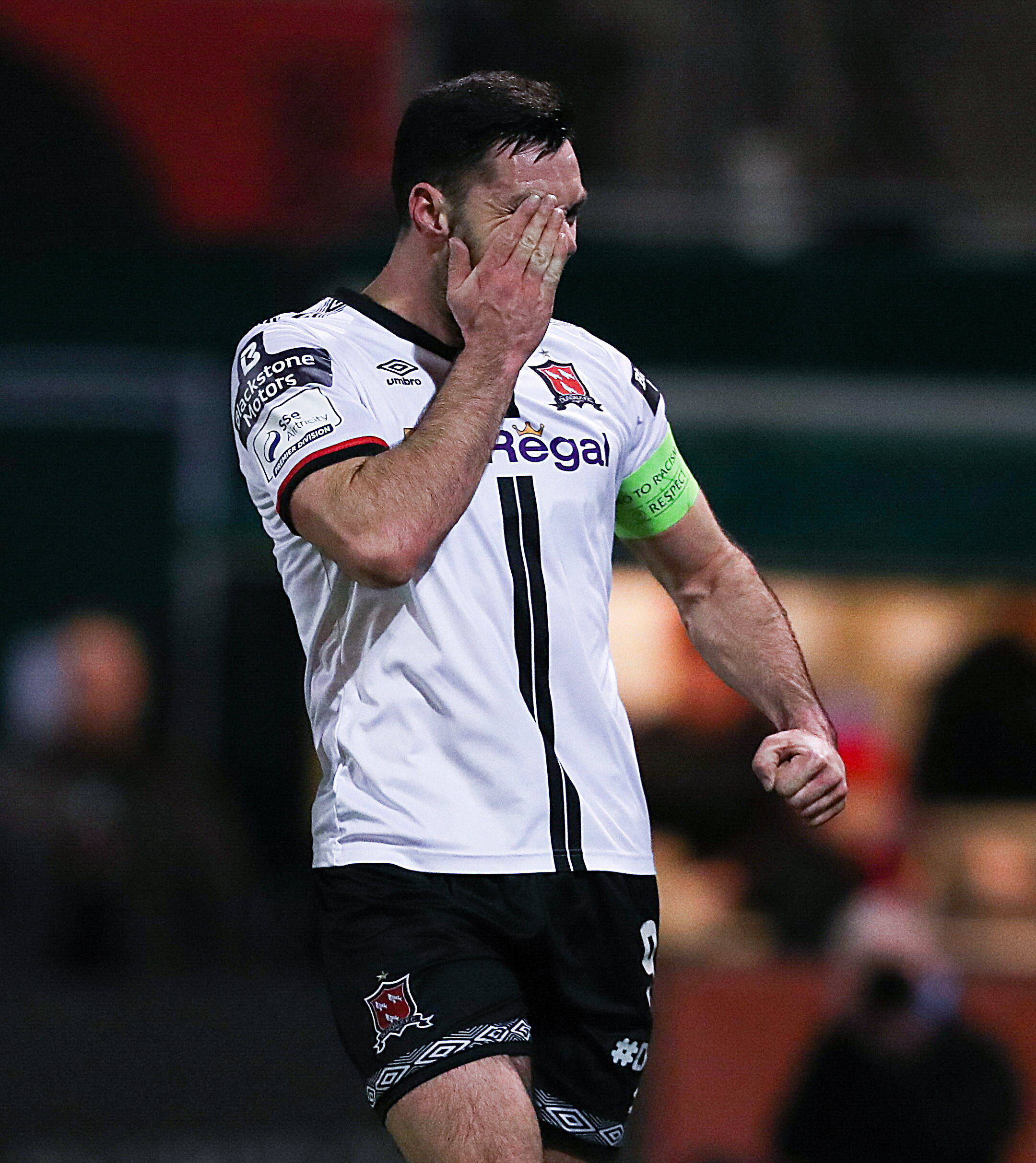 Dundalk responded brilliantly, though, as Hoban, who wore the captain’s armband, powered a Dan Williams corner past Talbot less than 90 seconds after the restart.

After creating a number of chances, the Lilywhites should have edged in front after that with Sloggett seeing a left-footed drive saved by James Talbot before Kelly saw a gilt-edged opportunity pass him by when the Bohs ‘keeper deflected his goal bound shot wide of the post.

Referee Paul McLaughlin then waved away loud appeals for a Dundalk penalty after Tyreke Wilson looked to have handled the ball on the ground and Bohs landed a double whammy when Kris Twardek’s cross sought out Omichere and the ball flew past Nathan Shepperd – with replays suggesting it came off the ankle of the unlucky Mark Connolly – just a minute before the break. 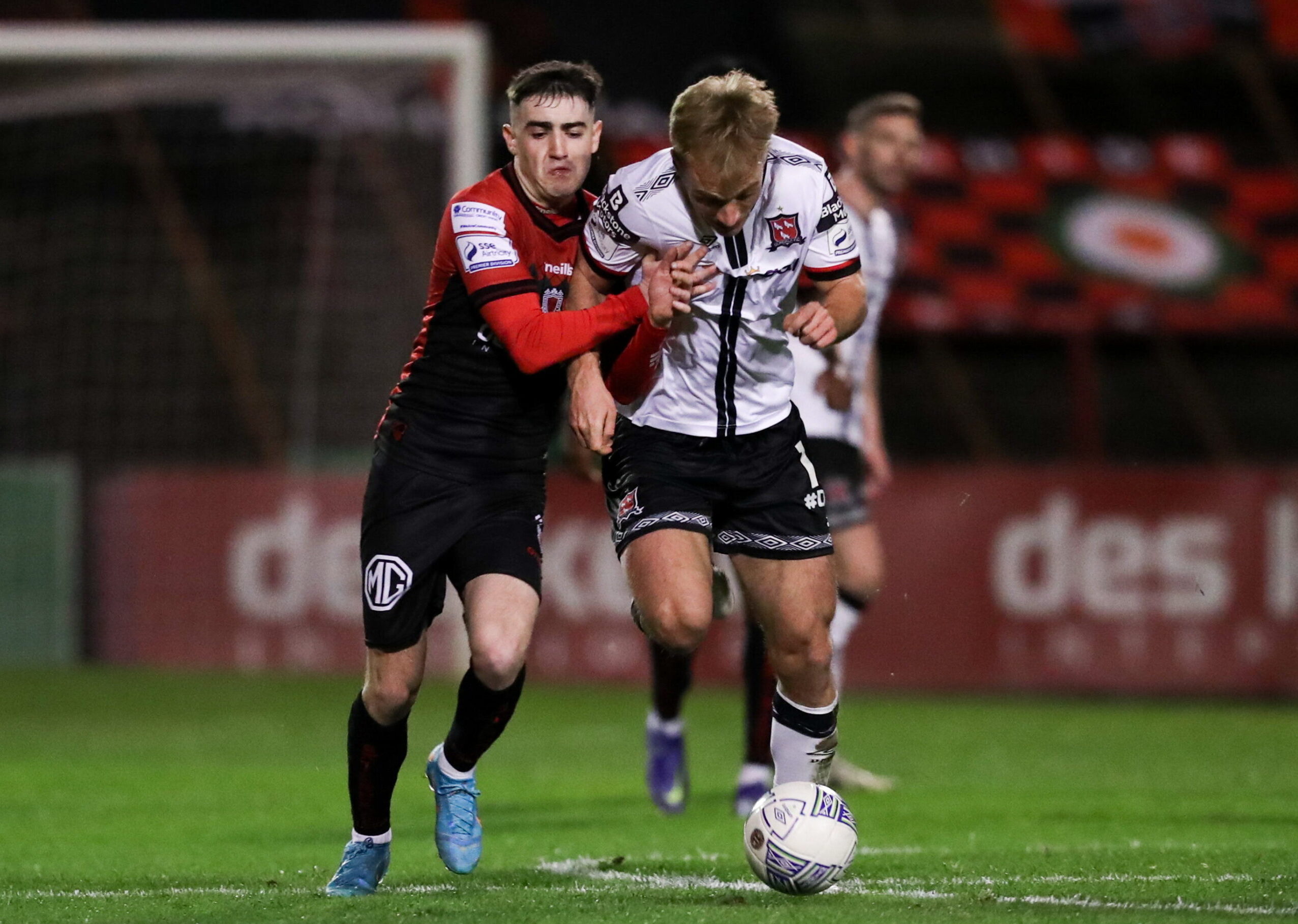 Hoban’s night came to a premature end as he limped off in the 54th minute to be replaced by David McMillan. Keith Ward was also introduced against his old employers, taking Dan Williams’ place in the middle of the park, and the little maestro was given a warm reception by the home crowd.

The substitutions paid off just two minutes later when Kelly’s deep cross from the left found his fellow winger Bradley and the Scot beat Talbot at the far post with another fine header to make it 2-2.

McMillan looked set to make it 3-2 in the 68th minute but Talbot made another big close-range save and Bradley also tested the goalkeeper shortly after with a rasping effort that he did well to keep out. 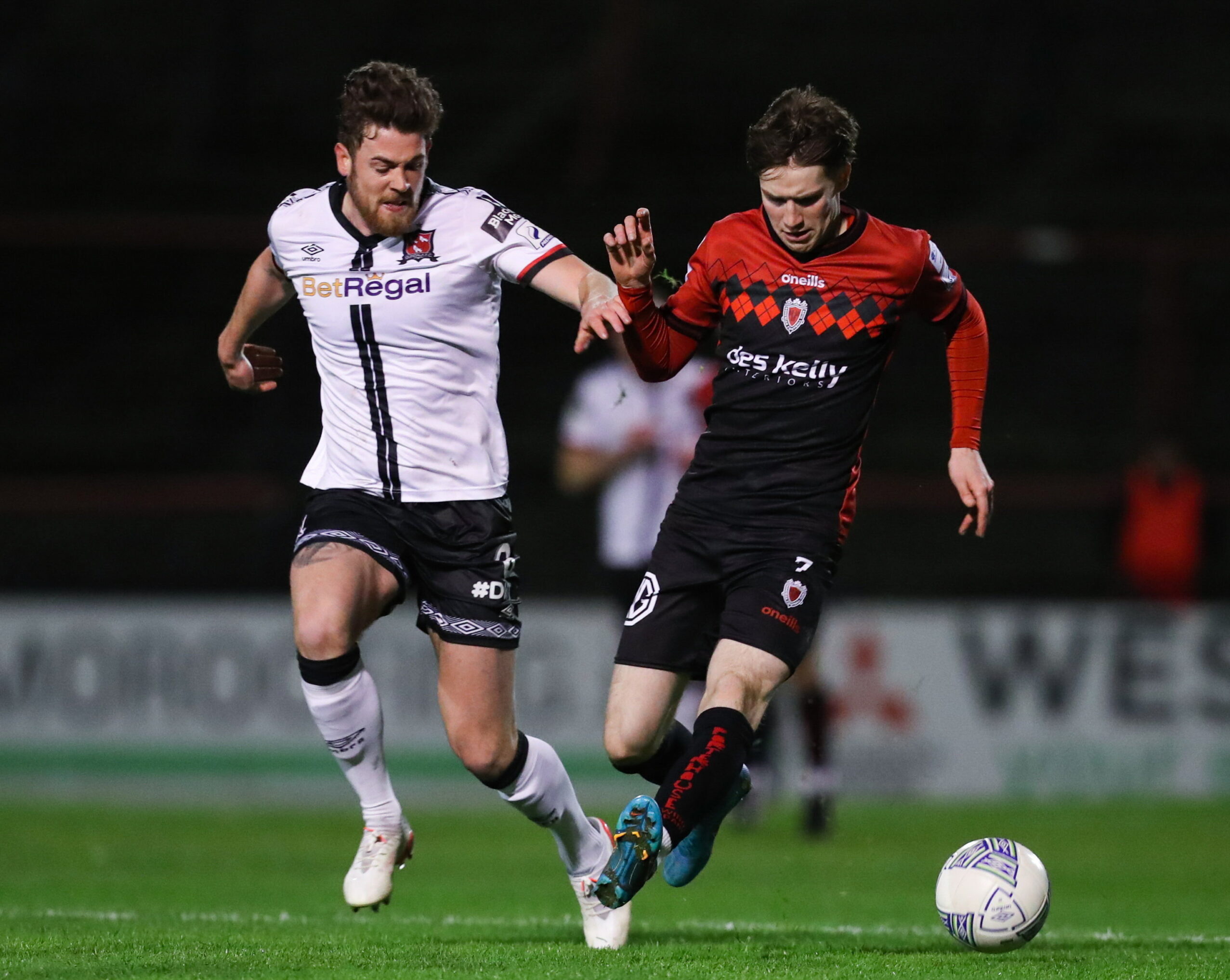 Talbot was left rooted to his line with 13 minutes to play but Ward’s free-kick went agonisingly wide of the upright and Dundalk almost won it at the death but Mark Connolly just couldn’t rise high enough to keep his header on target.