Dundalk made it six unbeaten and three consecutive league wins at Oriel Park on Friday night with a 1-0 victory over Shamrock Rovers.

Sean Murray’s first half strike was enough for the Lilywhites to take a deserved three points in front of a raucous Oriel Park crowd.

Speaking to dundalkfc.com after the win, goalkeeper Peter Cherrie hailed the squad after their display and labelled it as an ‘unbelievable’ win.

“Absolutely unbelievable. What a performance from the boys. They dug in and got the result that they deserved. We had a point to prove, we had to show people how good we are.

“Once we got the goal it settled us and the game down a wee bit. The boys dug in from the first minute to the last minute. That is what it has to be, guys putting their bodies on the line to get the result. 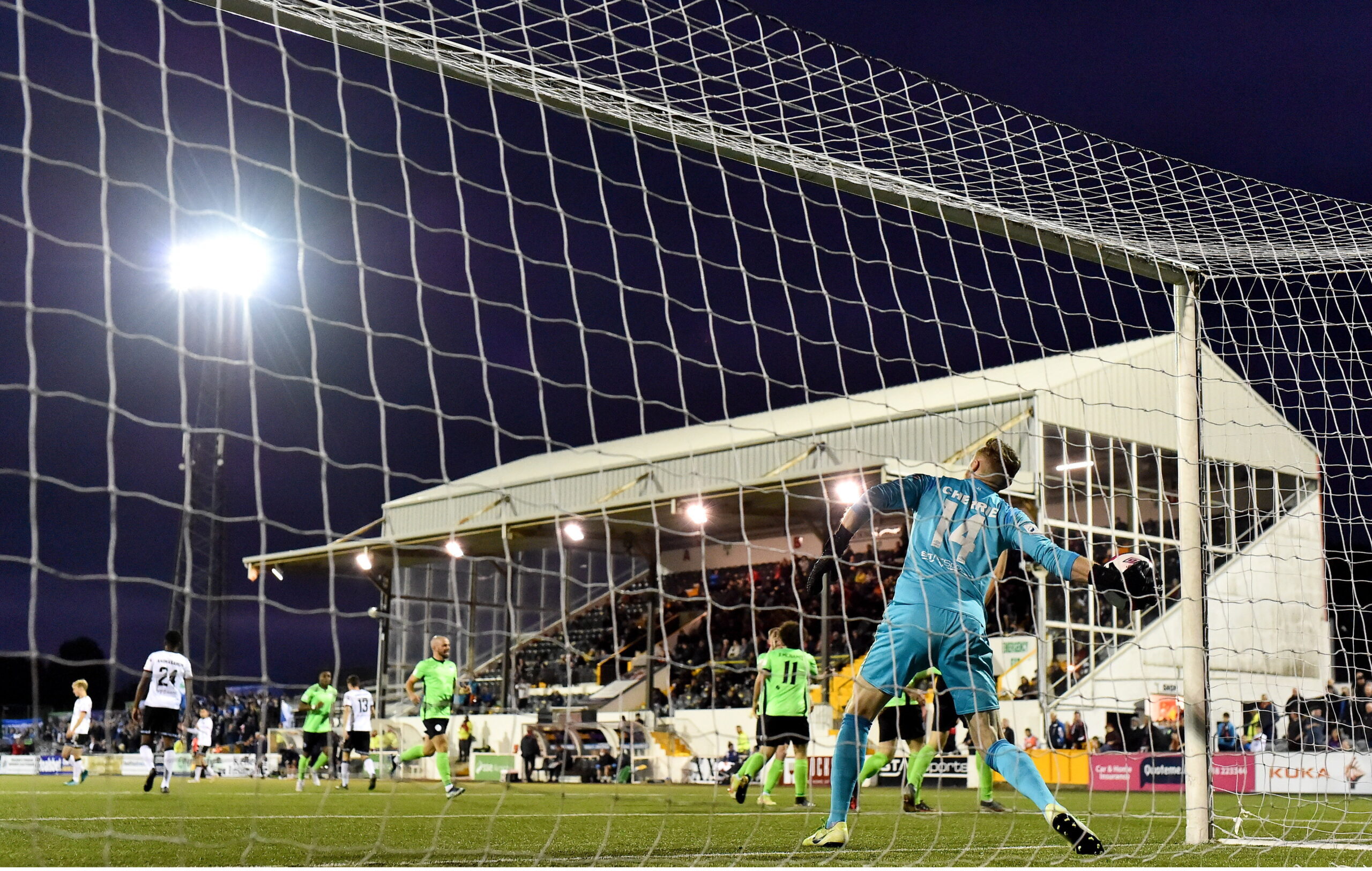 Peter Cherrie throws the ball back into the action. Photo by Ben McShane/Sportsfile

“It’s better than where we were. We have to take the positives. A draw or a win is better than what we had been getting but we are six unbeaten now and we want to kick on.”

The defensive display, led by Cherie, meant Vinny Perth’s men kept a clean sheet at Oriel Park and in the league for the first time since July.

This is something the Scotsman was delighted about but is equally pleased to be in the starting XI and is ready when needed.

“I am happy just to be playing. I have said that since I have got back into the team. I am just delighted to be playing and if Vinny leaves me in there then that is great.

“There’s no issues there whatsoever if he thinks that there needs to be a change in goal. The same with Alessio (Abibi) and Cameron (Yates). I am here to do a job if I am called upon, if I can help my team tonight great, if I can help them every week great but they help me as well.” 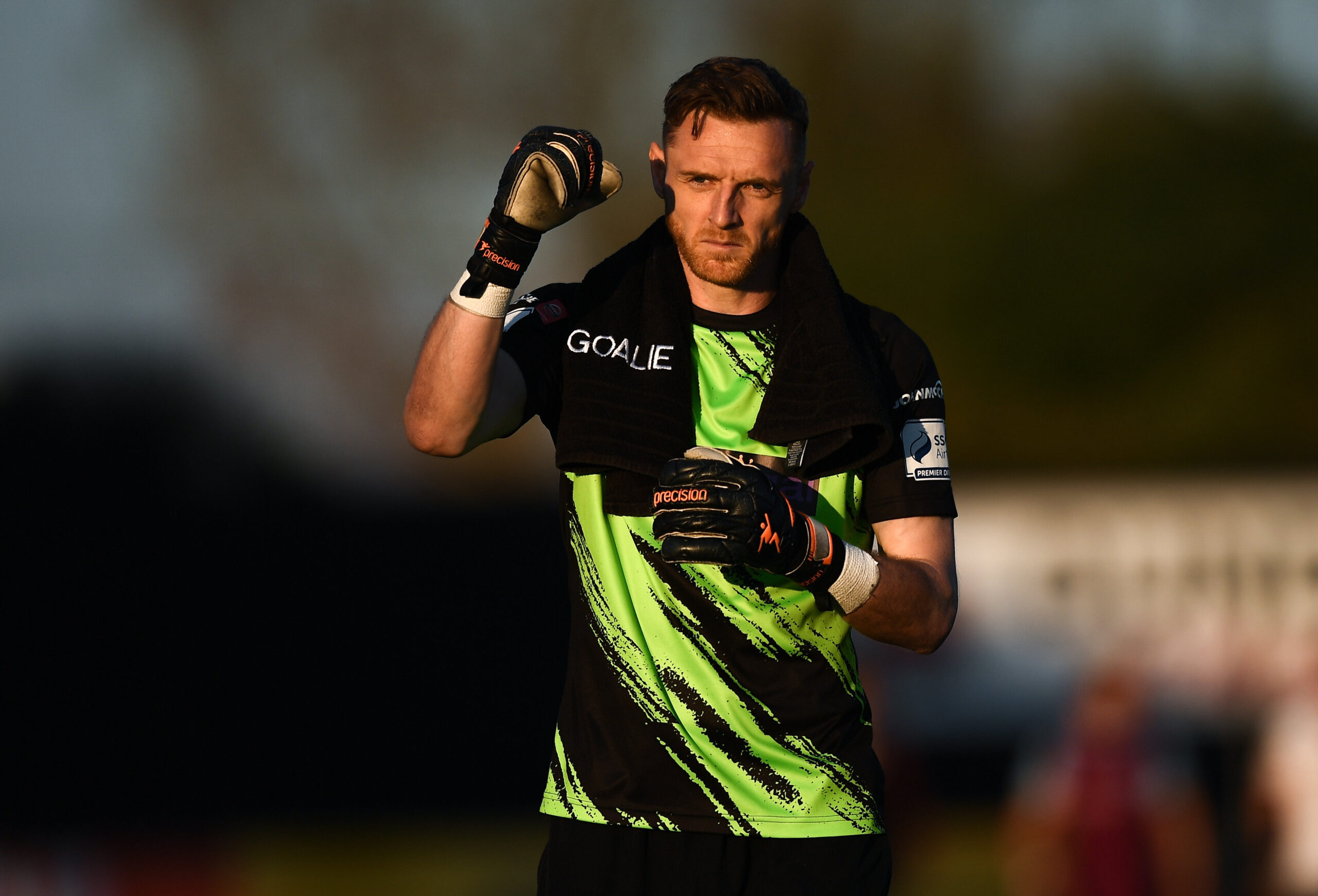 The 38 year-old reserved a special word of praise for the supporters who were vocal, and magnificent on the night and feels they make a world of difference.

“The support have been amazing. We keep saying that every week that they are the 12th man but they really are and they are fantastic.

“You could see with the flares and then the fireworks after that, it was unbelievable and it was such a  great atmosphere. I don’t know how the cameras managed to see the game with all the smoke! But it was great.

“I say it every time that I speak but I love the fans, they are different class. ”

There is a seven day break once more before the Lilywhites return to action against Bohemians in Phibsborough next Friday. 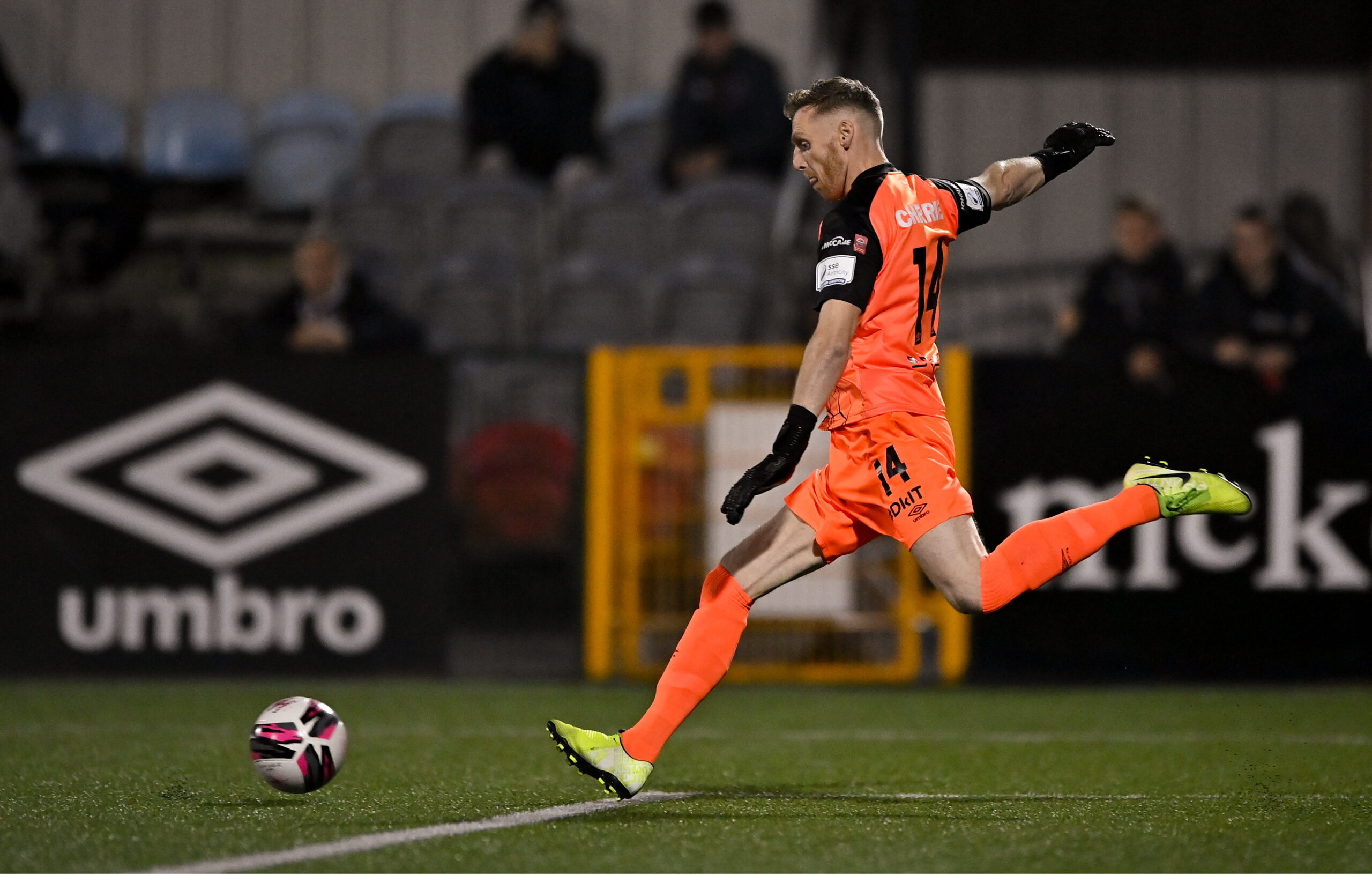 Cherrie though is anticipating a difficult clash against the Gypsies however will be ready after good preparation next week.

“Every week is a tough game. Bohemians are a good side and it’s going to be a difficult game. They had a week off to rest and last week we were sort of hanging on at the end against them but sometimes that is what it takes.

“It’s important that we recover, take it easy over the weekend and get back into training on Monday to be prepared for the game at Dalymount. We are on a nice run now and we want to continue that.”