Lilywhites coach Giuseppe Rossi was the author of this week’s ‘Coaches Corner’ article in the DFC Magazine for Saturday evening’s SSE Airtricity League clash with St Patrick’s Athletic. You can read Giuseppe’s thoughts below.

The DFC Magazine has been sent out free to all Dundalk FC Patreon members and Season Ticket holders and will also be available to download on the new Dundalk FC App before kick-off on Saturday.

“St Patrick’s Athletic is a team that has impressed us a lot. They have had a really good start to the season but that is not a surprise to me because they had a really solid team and they brought in some new players with good experience who have given them a step-up from last year.

“One of the players they brought in for experience was John Mountney. We know John well, he is really professional and really focussed and players like him are important if St Pat’s are going to achieve what they want to achieve.

“They play with lots of energy, they are really organised, and you can see their plan and how their team is structured. They take a good approach to every game, which I like.

“For us, this is a crucial game. We have no more time to make any more mistakes and we must feel this pressure because the reality is, we are almost bottom of the league. We can’t stay there any longer. We have to approach the game like there is no tomorrow and we have to show it to St Pat’s right from the first second. 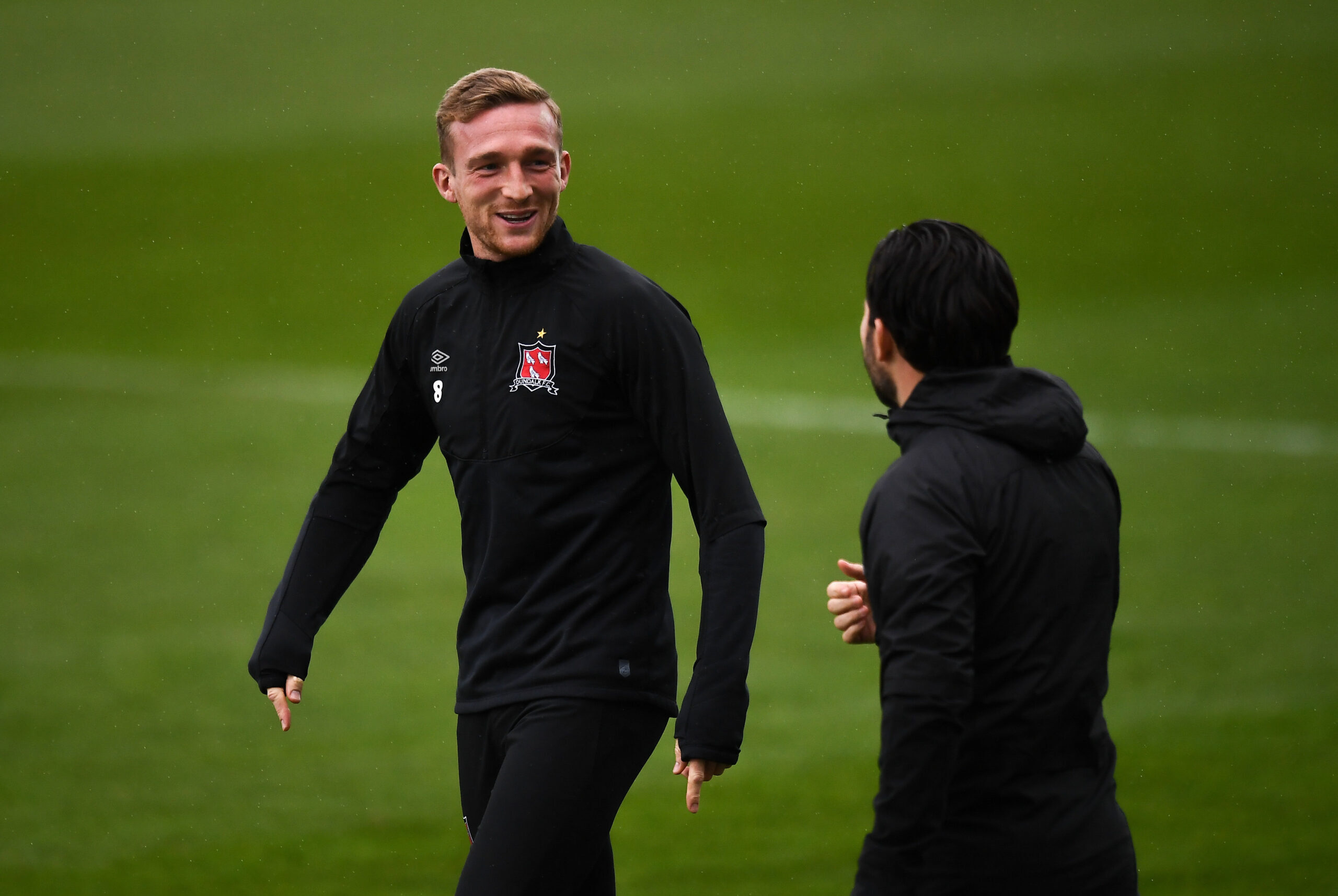 John Mountney and Giuseppe Rossi, pictured during a Dundalk training session in 2020. Photo by Ben McShane/Sportsfile

“The morale in the team is high, which is important, and the players all know how important this game is for us to get our season started. If we win, it can start us on a run. This team just needs a little click. We have a great group of players and we just need them to come through this moment.

“There was lots of speculation about what happened last weekend but it was quite simple. The players were here to recover on Sunday morning and the coaching staff were here to work. That shows how much we want to work more to improve things and it shows that we are a unit.

“From the outside, people don’t have the right picture of what’s happening inside. The players are conscious that we are in a big moment and that we need to be better, but, as I said, the morale is high and they are really supportive of each other and the coaching staff. This is the really important thing and I think this will make the difference.

“Of course, it is normal that people will criticise the coaching staff and the players because, in the end, you have to bring results, but the performances have not been as poor as some people have been trying to make it look.

“The players are still getting to know and understand each other. We had so many injuries in pre-season which, in my opinion, affected our start and little details during the first four games also affected our results. Yes, we have to do better but we have had a good week of work and we just need to click which will, hopefully, come on Saturday.”