Oriel Park played host to the annual Youthreach Blitz last week where centres from Dundalk, Monaghan, Drogheda and Navan were joined by a Garda representative team.

The blitz, which was held in conjunction with Dundalk FC, the FAI, the Louth & Meath Education and Training Board and Louth and Meath County Council, saw each team face off in a round-robin event which was officiated by community officer Liam Burns and FAI development officer for Louth, Mick Neville.

Youthreach is an education, training, and work programme for early school leavers aged between 15 and 20 years of age. It offers support to young people to help them identify what they would like to do in adult life and allows them to gain a FETAC qualification. 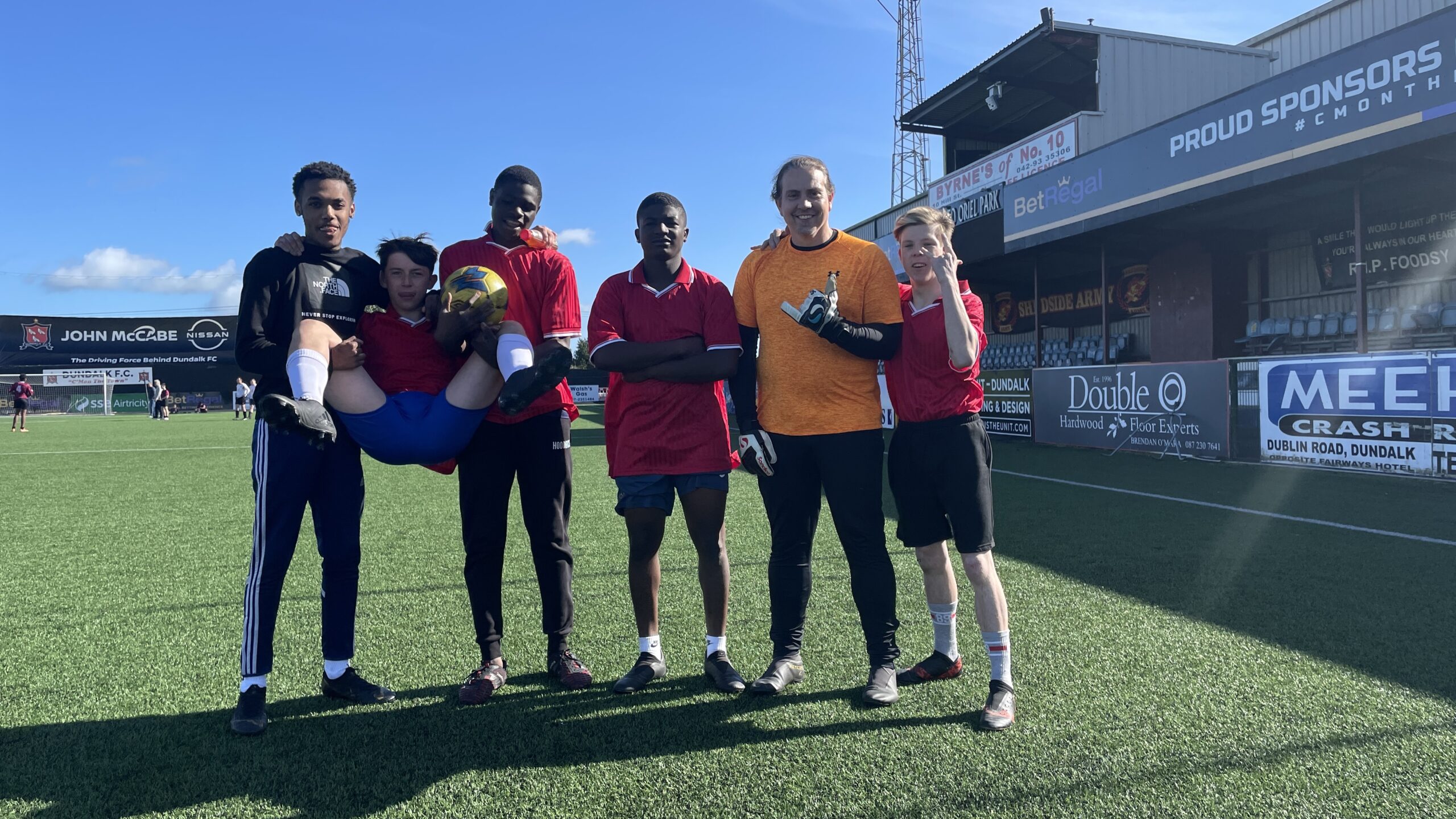 Co-funded by the Irish Government, the European Social Fund and the Youth Employment Initiative, it operates on a full-time basis and takes in new students all year round. There are 110 Youthreach centres around the country, including one in Dundalk, which is based on Chapel Street.

“This is the eighth instalment of the blitz and we have always had great participation from across Co Louth but this year we stretched it out to Co Meath as well which is fantastic,” said Ian Walker from the LMETB.

“The blitz fell by the wayside in 2020 because of the Covid restrictions so it’s great to have it back this year. It’s crucial for the mental health and state of mind of the youngsters that they’re back mixing with their peers.

“It’s also a chance for them to represent their respective centres and play in a tournament that is non-competitive, but still competitive – if you know what I mean!” 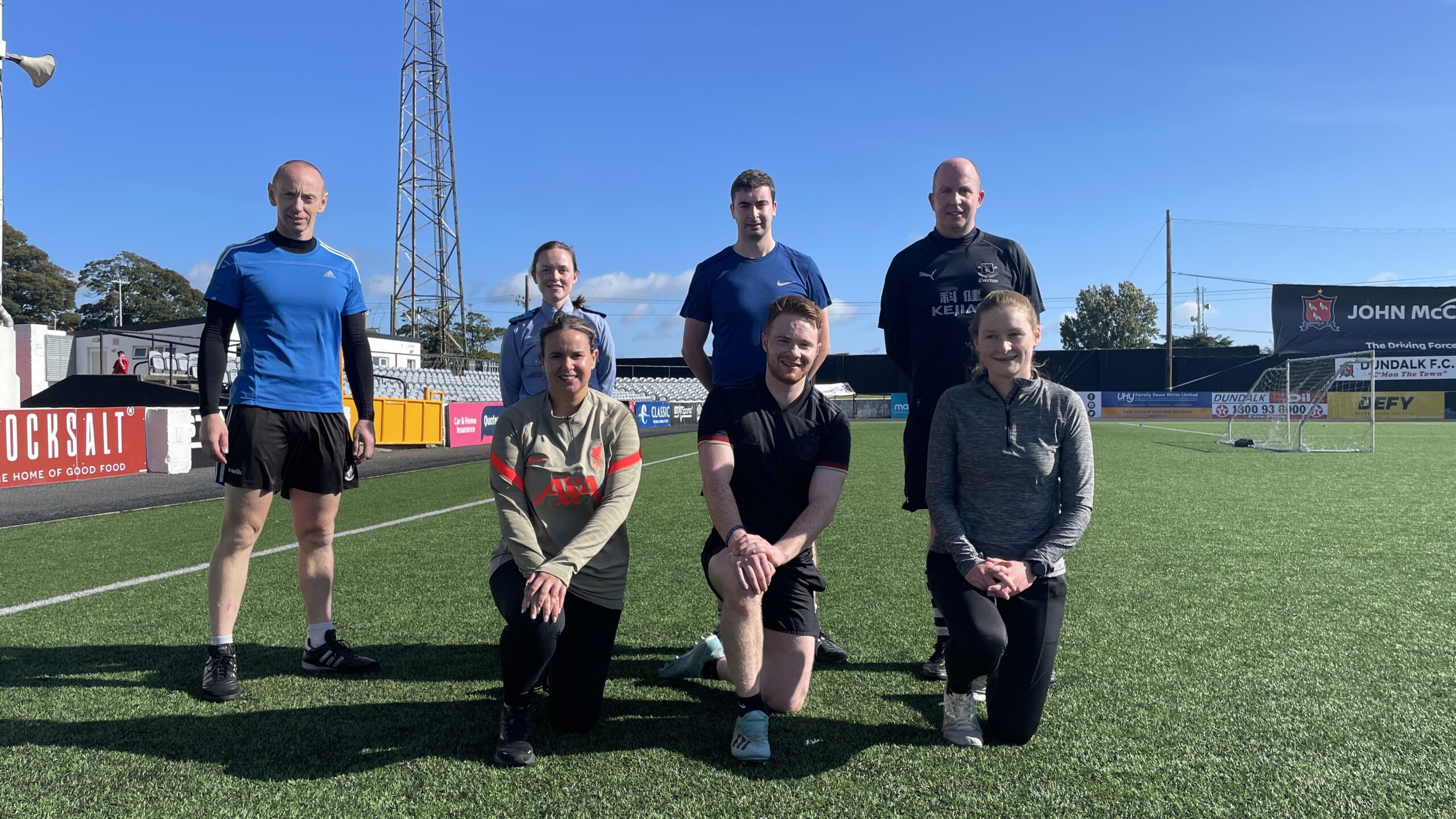 Paul Burke was part of the young Garda team in action on the day and he said that members of the service were delighted to take part, even if did find the going a bit tough at times!

“The Dundalk team beat us 1-0, and they beat us well, to be honest,” he smiled. “We had no answer to them but our team is at a good level and we’re holding our own.

“It’s great to have the tournament back this year,” he added. “It’s the flagship tournament that this committee has put together and the kids love seeing the guards out of their uniform and playing football. They realise that we are normal people and we’re sound, not just Gardai in a uniform.”

For more information on Youthreach, visit the Louth & Meath Education and Training Board website at this link.