Dundalk centre-back Mark Connolly feels that the Lilywhites were unlucky not to take all three points against champions Shamrock Rovers at Oriel Park on Monday evening.

Speaking to dundalkfc.com after the 0-0 draw, the Clones native was pleased to continue the side’s unbeaten start to the 2022 campaign.

“I thought we started quite well. We had a few good chances, I had one from a corner and we had a number of other ones. We should have maybe gone in one-up at the break and then in the second half, they took a bit of control. Nathan Shepperd pulled off an amazing save.

“We could have won it at the end but it wasn’t to be. It was, from a fan’s perspective, a brilliant 0-0 draw. It was good to play in and we wanted to win. We are still unbeaten, five draws and we do want to get wins but it has been a very positive start for us so far and we just want to keep it going.”

The draw was Dundalk’s third straight in the league and the second over the weekend after a 1-1 finish against Shelbourne on Friday evening.

“We were disappointed not to win the Shelbourne one after going 1-0 up and we had Pat Hoban’s chance at the end which on every other night goes in. That would have got us two more wins but that’s the way it goes, that’s football, and we are happy with the results we have. 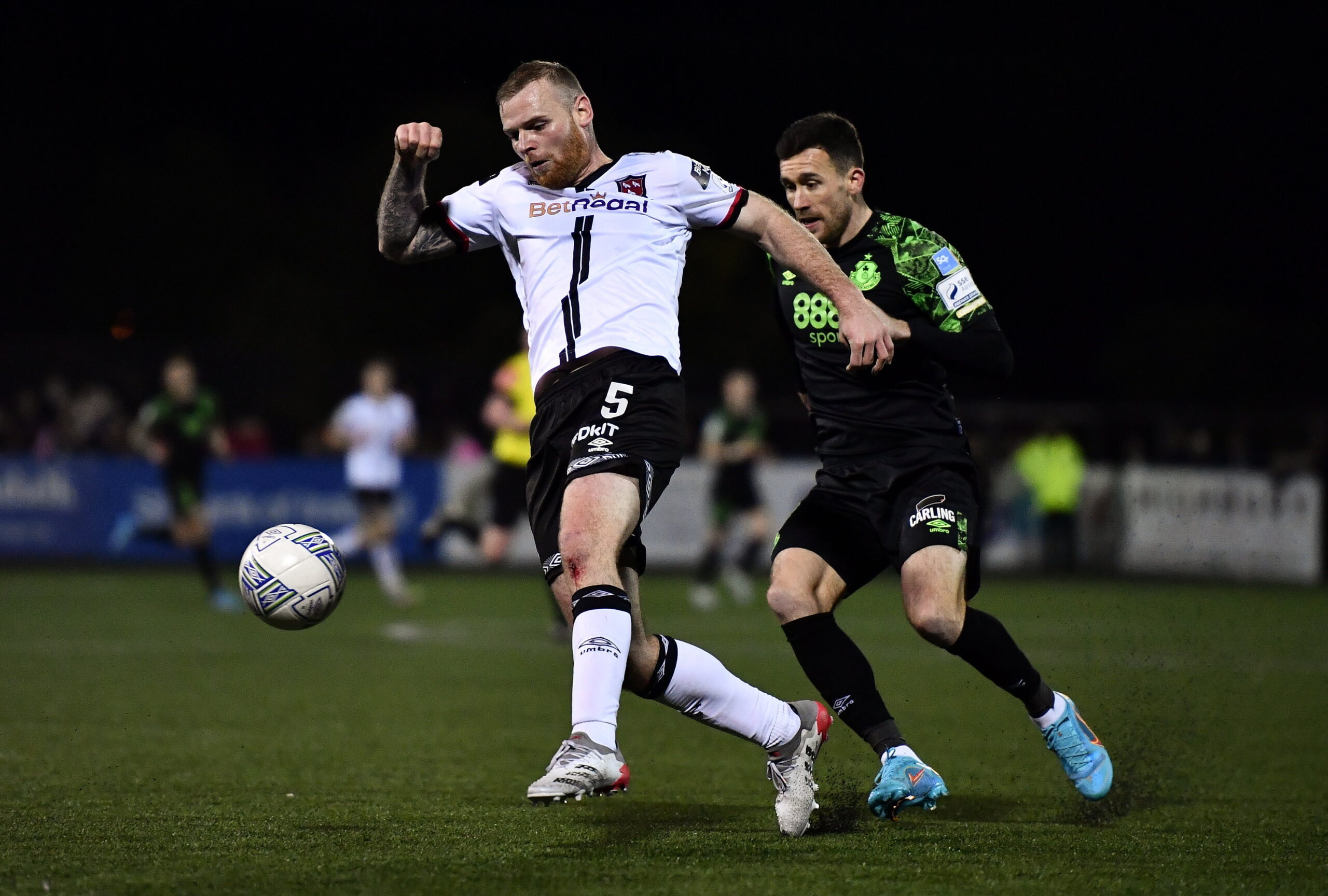 Mark Connolly gets away from Aaron Greene in the 0-0 draw with Shamrock Rovers at Oriel Park. Photo by Ben McShane/Sportsfile

“Pat will score plenty more goals for us this year and maybe a draw was fair on the night, a clean sheet at home and we have a number of positives. Everyone was brilliant for us on the night, especially the young boys – Lewis Macari, Nathan Shepperd, Joe Adams – were outstanding. It’s the first time they played in a game like that, they are at the start of their careers and I am delighted for them.”

Next up is the first competitive Louth derby of the season against Drogheda United at Head in the Game Park on Friday evening, a match that will be broadcast live on RTE2.

Connolly is relishing the derby experience and is looking forward to adding it to his impressive list of previous derbies from Scotland.

“I have played in a few, the Dundee derby and the Kilmarnock-Ayr derby, and I am looking forward to the Louth derby. It will be different but it’s one to enjoy, these matches are always ones to enjoy and look forward to.

“It will be a battle, it will be a tough game but it’s another game that we will be ready for. It’s a few games in a short space of time but we have a good squad, with players who are capable of beating anyone and it’s another match that hopefully we can get a good result and take the win.”