DAN DELIGHTED TO BE BACK

DAN DELIGHTED TO BE BACK

One of the only positives from Sunday’s 1-0 defeat to Derry City was the welcome return of Daniel Cleary to the Dundalk starting XI.

After three months on the sidelines with a serious hip injury, the 25-year-old came through the full 90 minutes and speaking to dundalkfc.com afterwards, he reported no ill effects.

“Physically, I feel alright,” he said. “It’s obviously my first 90 minutes in some time and I felt really good up until about 10 minutes to go. When we went down to 10 men it made life a bit more difficult but I’m happy to have got through it and I feel fine.”

Losing three points was bad enough, but the Lilywhites also lost three players at the Brandywell with Patrick McEleney, Daniel Kelly, and David McMillan all leaving the pitch with serious-looking injuries.

“That’s just our luck at the minute,” sighed Cleary. “We’ve had no injuries for a while and then we get three in one game. Hopefully, the lads aren’t too serious and we can regroup and get back together for the Drogheda United game on Friday.”

Cleary was cautioned by referee Damien MacGraith for his reaction to Danny Lafferty’s tackle which saw McEleney’s afternoon come to an end. 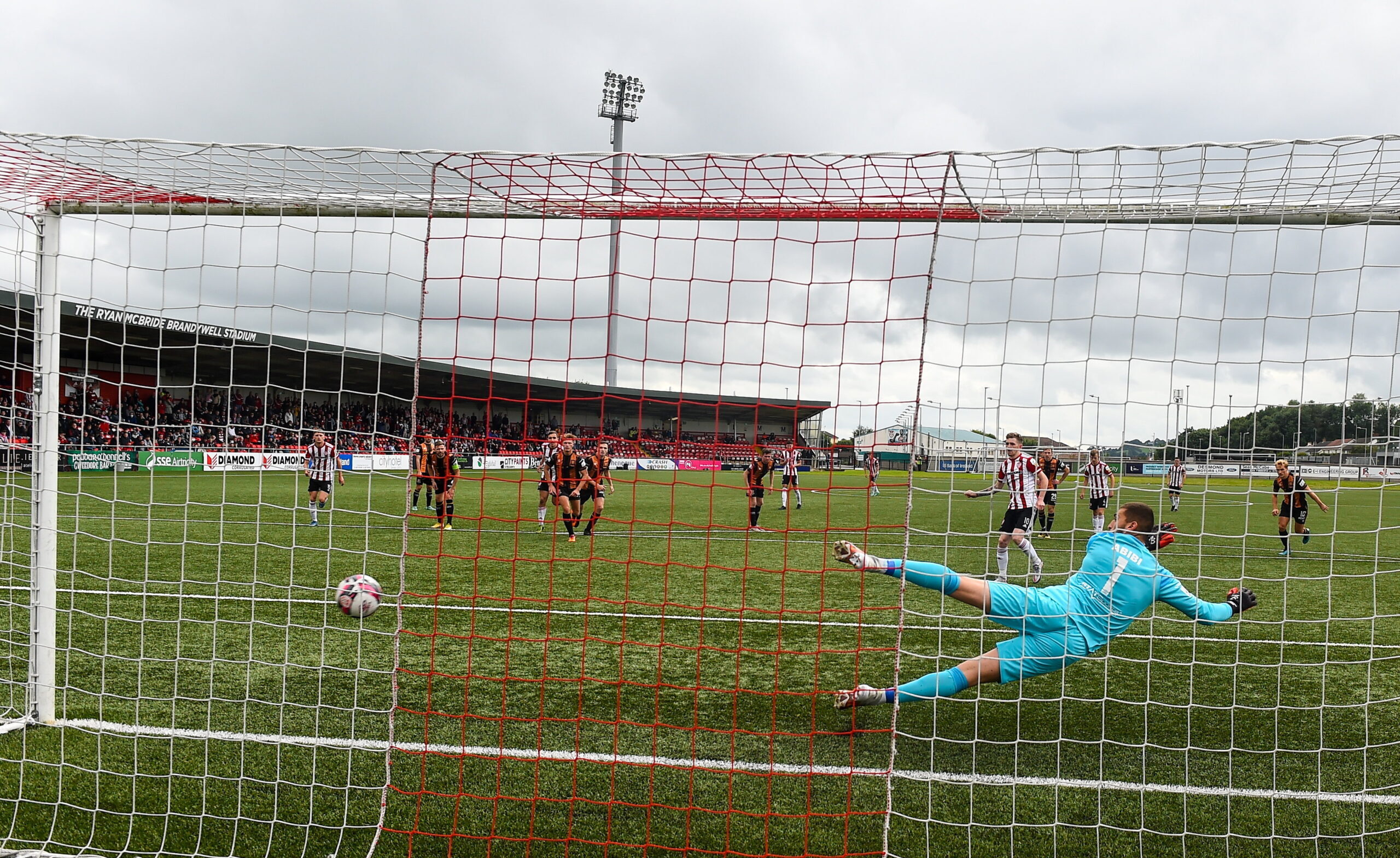 MacGraith also awarded a contentious penalty against Andy Boyle, which led to Derry’s winner, and Cleary found it difficult to mask his frustration with the match officials.

“I don’t know how the referee gave that penalty,” he said. “Boyler was a yard away from the Derry player, running beside him, so what was he meant to do?

“We just seem to be going through a little spell where we’re not getting the rub of the green. If you look back at Mickey Duffy’s goal against Vitesse on Thursday and some of the decisions today… We just need to dust ourselves down, take it on the chin and bounce back.”

Next up for the Lilywhites is a massive Louth Derby against Drogheda United at Oriel Park on Friday night. Yesterday’s result leaves Dundalk just two points above the relegation playoff spot and Cleary said the players know that three points are a must.

“We’re in a difficult situation and we need to start climbing the table as soon as possible,” he added. “We can’t let this drag on. It was one of those days and we need to get it out of our system and prepare for Drogheda next Friday.”