DARRAGH DELIGHTED TO BE BACK

After spending much of the season kicking his heels in frustration, Darragh Leahy is relishing the prospect of playing three games in the space of just seven days.

The full-back made just his eighth appearance of the season in the 1-1 draw with Longford Town on Friday night and is now hoping to follow that up with a place in Vinny Perth’s starting XI in Monday night’s Louth Derby with Drogheda United at Head In The Game Park before a busy week concludes with the visit of Derry City on Friday.

“I only made two starts before the game on Friday night and when that happens it’s very hard to keep your match fitness and your match sharpness up,” he told dundalkfc.com.

“It has been very frustrating, but I just have to keep my head down and make sure my standards are high. Vinny is back as manager now and it’s a clean slate for everyone, so it’s up to me to take my chance when it comes around.”

Perth’s return to the Lilywhites dugout proved to be a frustrating one as the Midlanders secured a well-deserved share of the spoils, but Dundalk fans were encouraged by the effort and desire on show, especially after seeing their side fall behind to Aaron McNally’s 12th-minute opener.

Leahy felt that determination not to lose was best illustrated when Sam Stanton sprinted back to clear Dylan Grimes’ goalbound effort off the line after he initially gave the ball away in the middle of the park. 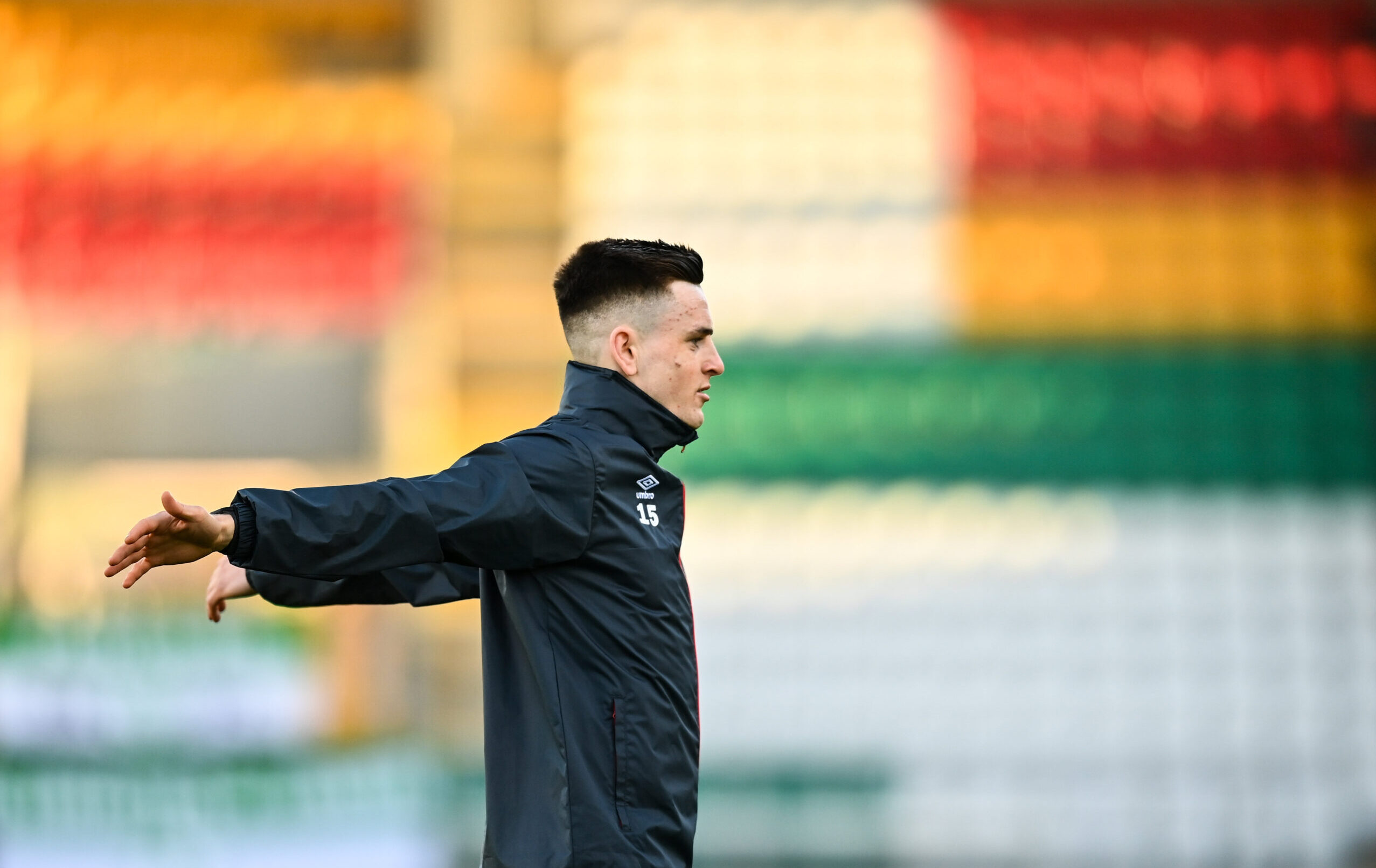 “We left everything on the pitch on Friday night and we showed huge pride in the jersey,” he said. “I think that willingness from Sam, to get back and clear the ball off the line, showed the attitude.

“Early in the season, if we went one-nil down, I think the heads would have dropped. Vinny has come in and said that there will be stages in games where things will go against us and we just need to keep our heads and keep going.

“That’s what we did on Friday night. We penned Longford back in the second half and we dominated it towards the end. Obviously, Pat’s penalty was saved, and their keeper made a few other great saves so it was very frustrating for us not to win it, but it was much better from us.”

Dundalk make the short trip to Drogheda sitting seven points adrift of their Louth neighbours who were hammered 5-0 by Bohemians on Friday night and Leahy said it was imperative the Lilywhites built on the positives from the Longford game.

“It’s a quick turnaround from Friday night. We were in the sea for recovery on Saturday and we did our preparation work on Sunday morning.

“We need to build on the display against Longford. We didn’t win the game against Longford, but it was a much better performance so we need to add to that with three points in Drogheda and again on Friday night when we play Derry City.”