Dundalk maintained their excellent home form however were held to a 0-0 draw by Shelbourne at Casey’s Field on Friday night.

Head Coach Stephen O’Donnell made two changes from the side which was defeated by Sligo Rovers on Monday evening with Keith Ward, making his 100th Dundalk appearance, and Sam Bone coming into the side for Joe Adams and the suspended Darragh Leahy.

The opening stages of the first half were scrappy with neither side able to retain possession.

The best chance of the opening 20 minutes came via Shane Farrell of Shelbourne who fired across goal but Nathan Shepperd was equal to it.

Gavin Molloy had a free header cleared off the line from a corner before Farrell again forced a good save from Shepperd this time he had to grab at the second attempt.

Steven Bradley had our first effort on goal but fired over while Conor Kane had a stinging effort which had Shepperd worried temporarily. 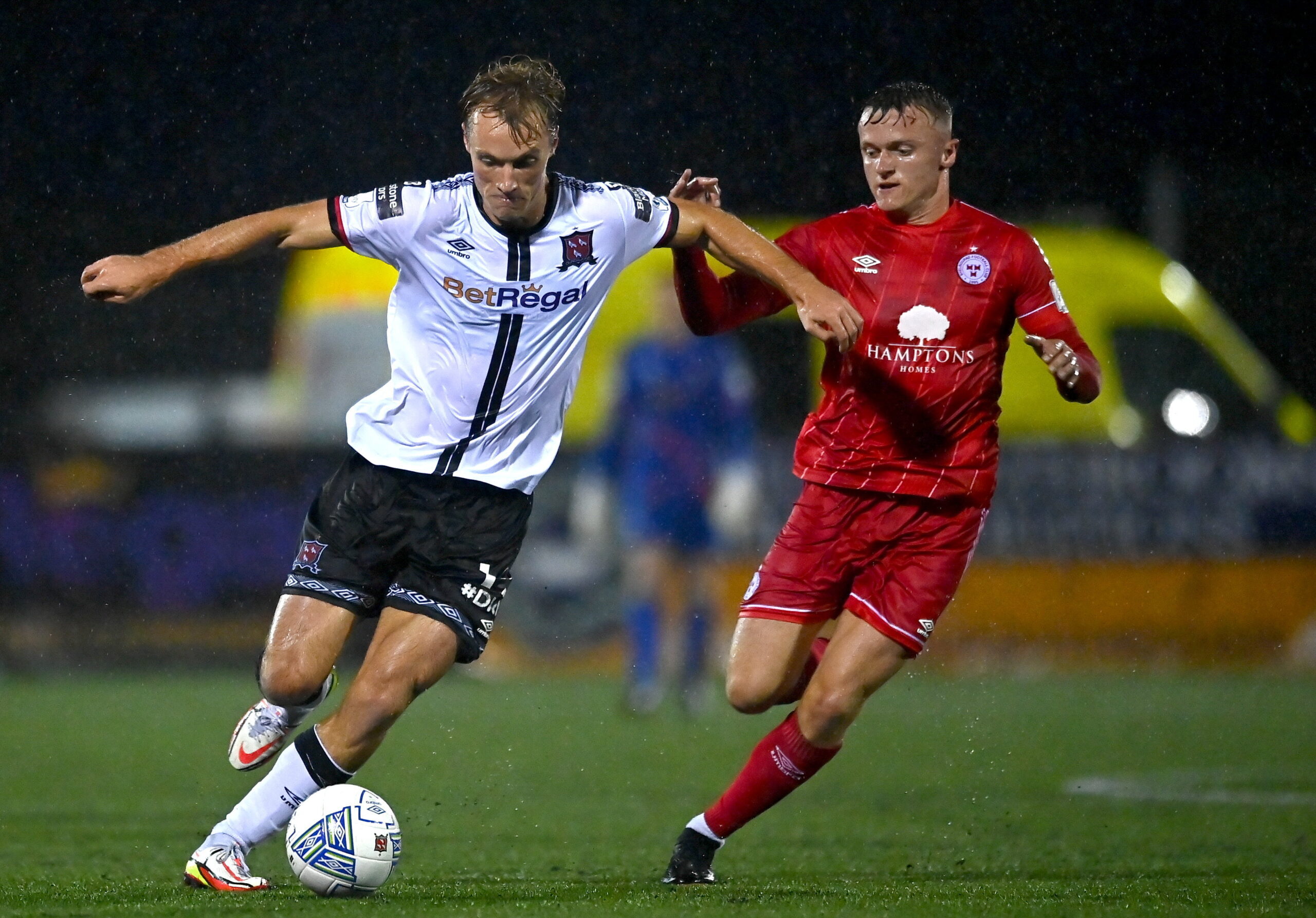 Greg Sloggett gets away from JJ Lunney. Photo by Ben McShane/Sportsfile

John Martin then had two quickfire chances to give Dundalk the lead despite the early pressure.

First Ryan O’Kane’s cross found the Waterford man but his shot was blocked down but his second chance really should have been the opener.

A loose back pass from Gavin Molloy put Martin through on goal but he couldn’t find the target with just Brendan Clarke to beat from 10 yards.

Dundalk were having a good spell and John Mountney had a fierce drive palmed away by Clarke before Keith Ward’s free-kick whistled over the bar from the edge of the area.

Shels had the first chance of the second period when Moylan fired inches wide of the post with a volley but it really was the Lilywhites who came closest to making it 1-0 in the 55th minute.

Ward’s excellent free-kick found the head of Mountney but his effort hit the crossbar and went over the bar with Clarke beaten. 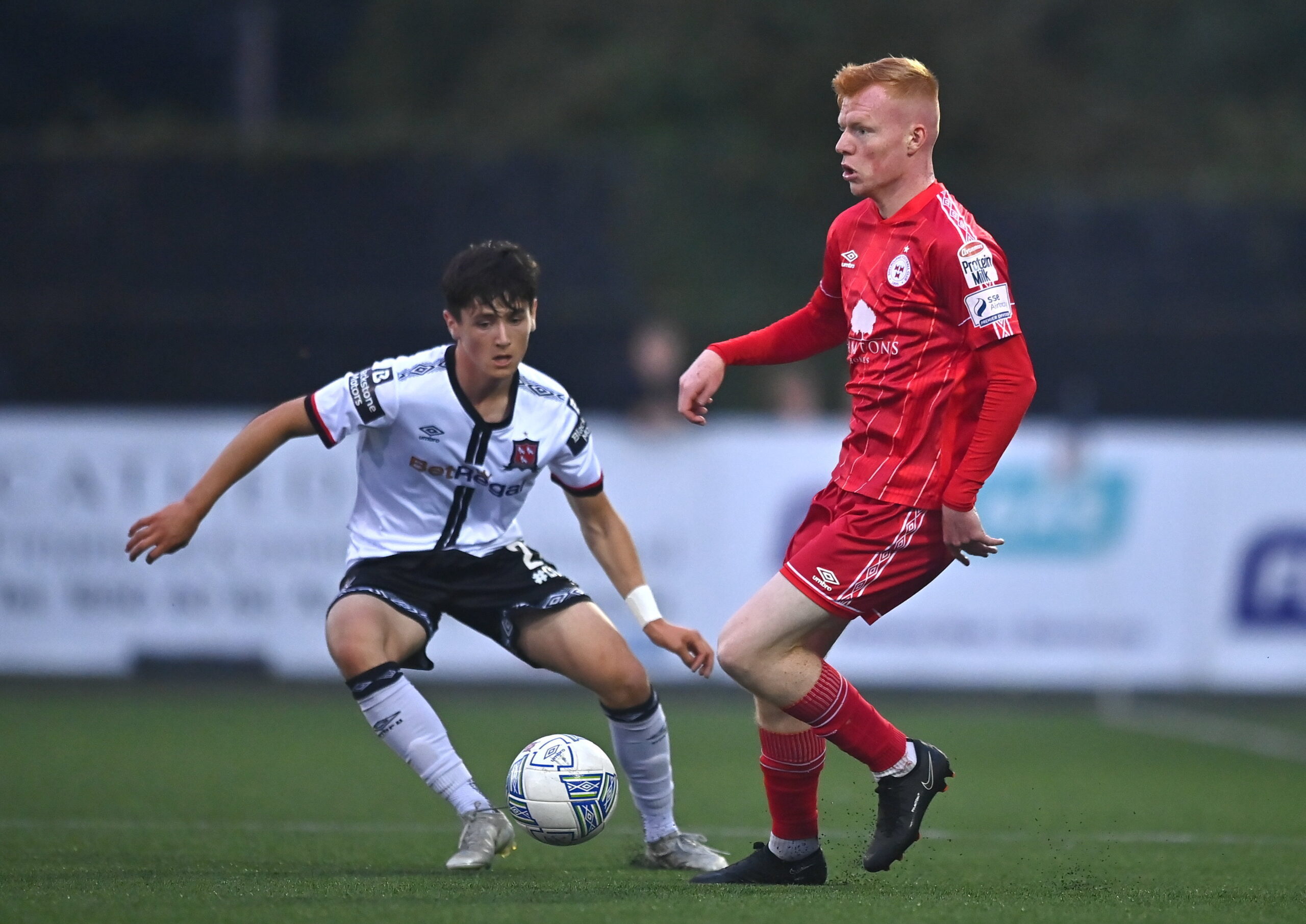 Both sides made changes with a view to winning the game but the rain falling made it difficult for a time for either to get rhythm.

There were penalty shouts at either side however referee Paul McLaughlin waved away both appeals.

David McMillan had a wonderful chance with three minutes remaining after he combined with fellow substitute Paul Doyle however Clarke came out brilliantly to save from point blank range.

There would be no further action with a lengthy delay in injury-time to treat Conor Kane of Shelbourne.

Referee McLaughlin blew the full-time whistle and both sides left with a point each.