Dundalk moved to within five points of leaders Shamrock Rovers with a deserved 1-0 victory over the champions at Oriel Park on Friday night!

In their first start since the midseason break, Robbie Benson’s strike with 10 minutes remaining gave Dundalk all three points in a pulsating encounter.

Stephen O’Donnell made one change from the side which defeated St. Patrick’s Athletic before the midseason break as Paul Doyle came in for Joe Adams.

Dundalk were on the front foot early on and were in control of possession with Patrick Hoban heading just wide from Steven Bradley’s free-kick and Andy Boyle knocking one just wide also from a Bradley delivery.

Richie Towell and Rory Gaffney responded for the visitors but neither were able to find the net with Gaffney’s effort straight at goalkeeper Nathan Shepperd.

The match was mainly played in midfield for the remainder of the half with neither side able to gain a foothold although Doyle did excellently to deny Danny Mandroiu as he was through on goal and Mark Connolly flicked Greg Sloggett’s corner across goal but with an empty net no one could get a touch. 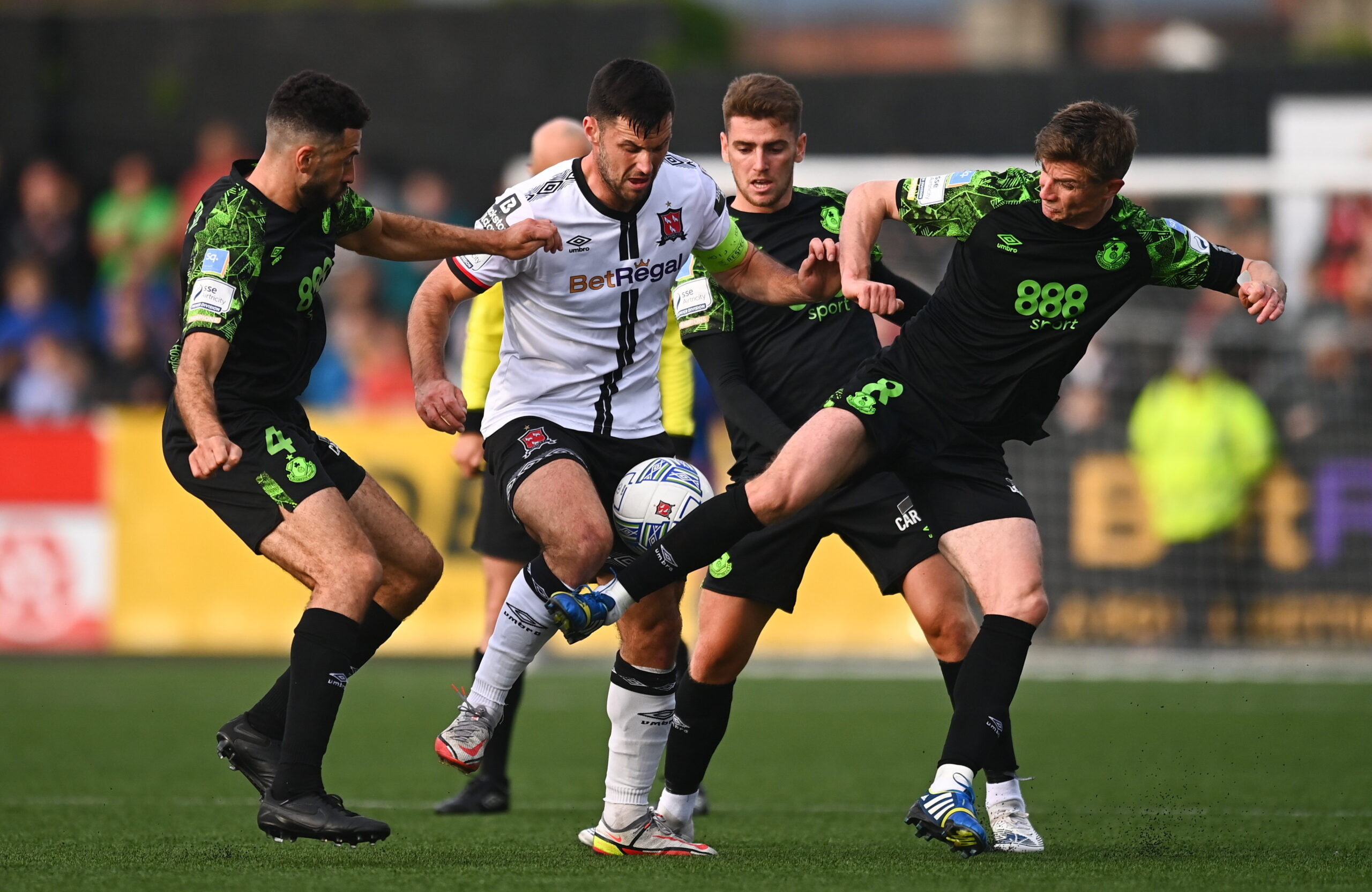 Patrick Hoban in action against Rovers. Photo by Ben McShane/Sportsfile

It was an open start to the second half with Gaffney finding the side netting for Rovers as they looked to up the tempo but Dundalk came back with Boyle again almost finding the net this time Mannus saved from close range.

SSE Airtricity / SWI Player of the Month for May Daniel Kelly then almost capitalised on a mix up between Roberto Lopes and Mannus but the Hoops eventually cleared.

There was little between the sides however with 10 minutes remaining Hoban superbly laid took the ball down and laid it off to Lewis Macari. His stunning cross was right into the path of the perfectly timed run of Benson who thundered the ball to the net to send Oriel Park into raptures. 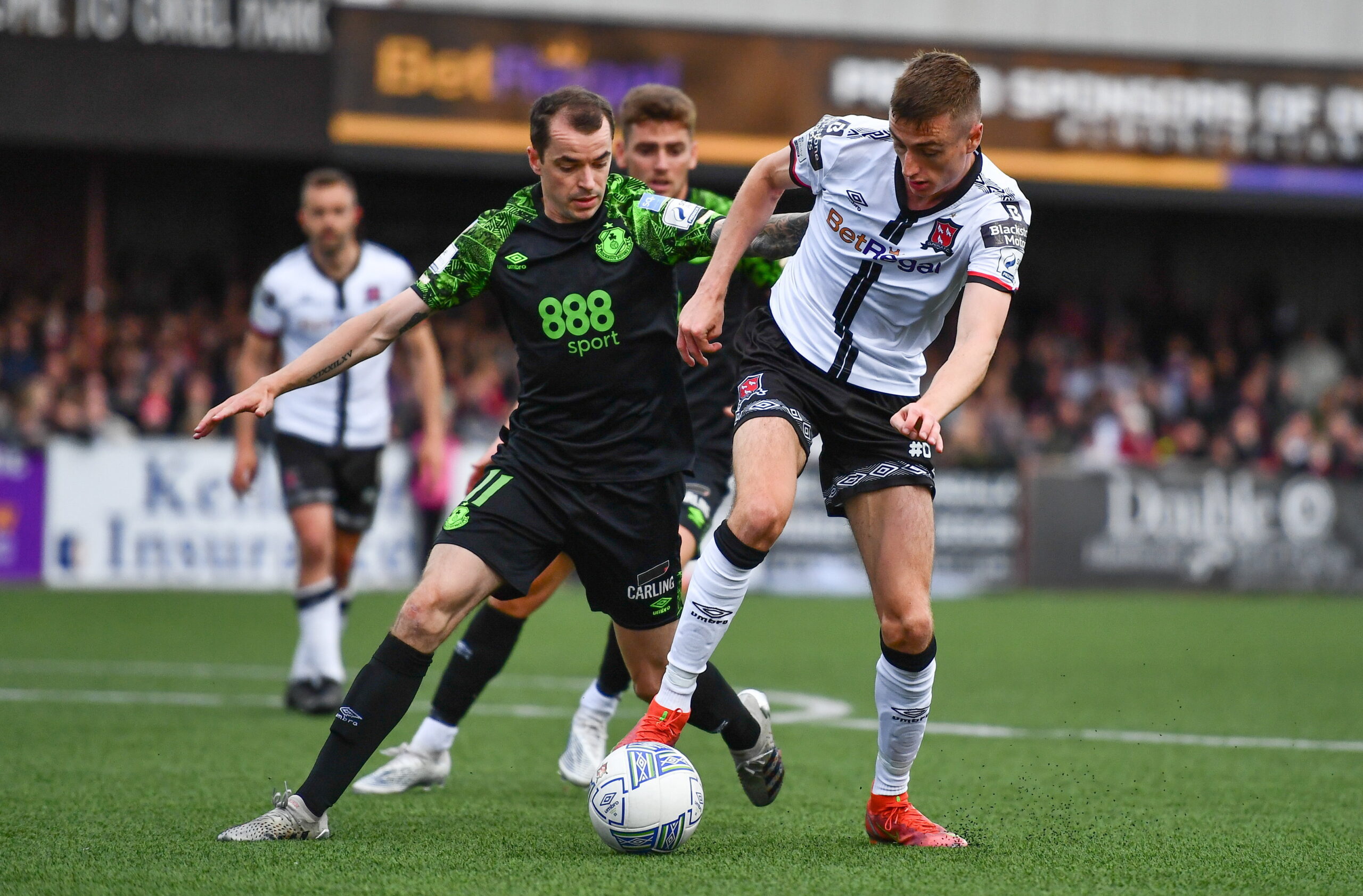 There would be time for a little more drama as Rovers were reduced to ten men when former Lilywhite Ronan Finn was given his marching orders with a second yellow and a red for a late challenge on Darragh Leahy.

That proved to be the final action and the winner as Dundalk begin the second half of the season with a bang – now five points behind Rovers with a game in hand.