Dundalk rescued a point – and their unbeaten home record – in injury-time on Friday night as the Lilywhites salvaged a late draw against Derry City at Oriel Park.

James Akintunde early first half strike looked like it was enough to give the visitors all three points however Patrick Hoban’s stunning injury-time header meant that the points were shared in a scintillating finale.

Stephen O’Donnell made two changes from the side which defeated Longford Town in the extra.ie FAI Cup last week with Runar Hauge and Keith Ward dropping to the bench for Joe Adams and Daniel Kelly.

It was an action packed opening with both sides carving out chances. First it was Thomson who shot but it went wide while at the other end Steven Bradley’s cross was inches away from Patrick Hoban to connect.

The visitors did take the lead though when James Akintunde capitalised on a loose pass and raced through on goal. He showed composure and pace before finishing well beneath Nathan Shepperd.

Dundalk tried to respond but suffered a double injury blow when Doyle and Kelly went off injured to be replaced by debutant Alfie Lewis and Ryan O’Kane. 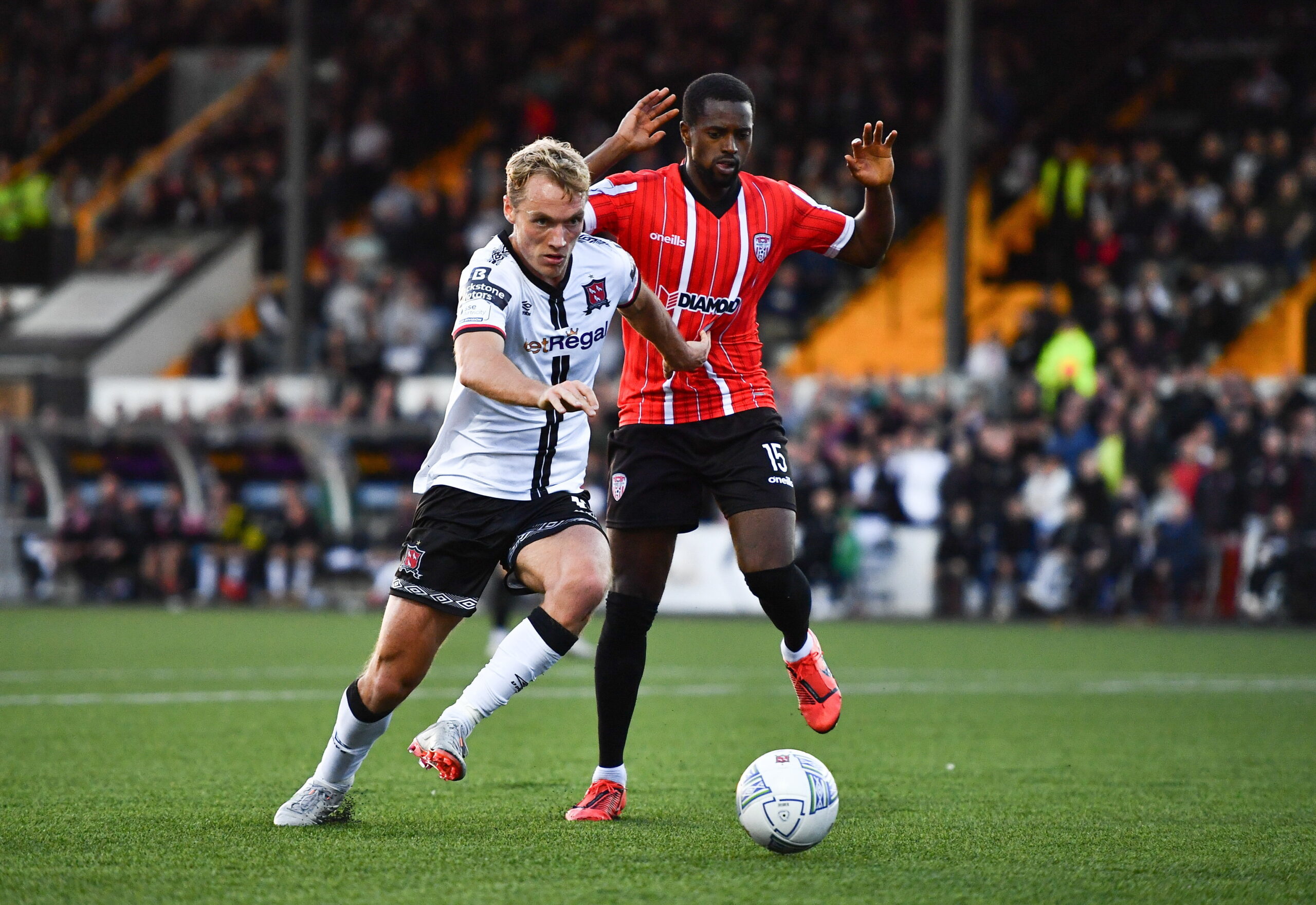 Greg Sloggett gets past Sadou Diallo  Photo by Ben McShane/Sportsfile

Dundalk didn’t create much and almost conceded again when Patrick McEleney sent Joe Thomson away however Shepperd did superbly well to keep it out.

Glass had a pop shot from the edge of the area as the ball came to him but it went well over the bar.

It looked like the Lilywhites had equalised on the stroke of half-time when O’Kane did brilliantly to get in behind and test Maher but the goalkeeper pulled off a stunning stop to see the visitors in front at the break.

Dundalk began the second half on the front foot and they had to – Bone raided forward from centre-back to get himself 12 yards from goal but his low drive flashed wide of Maher’s left hand post. 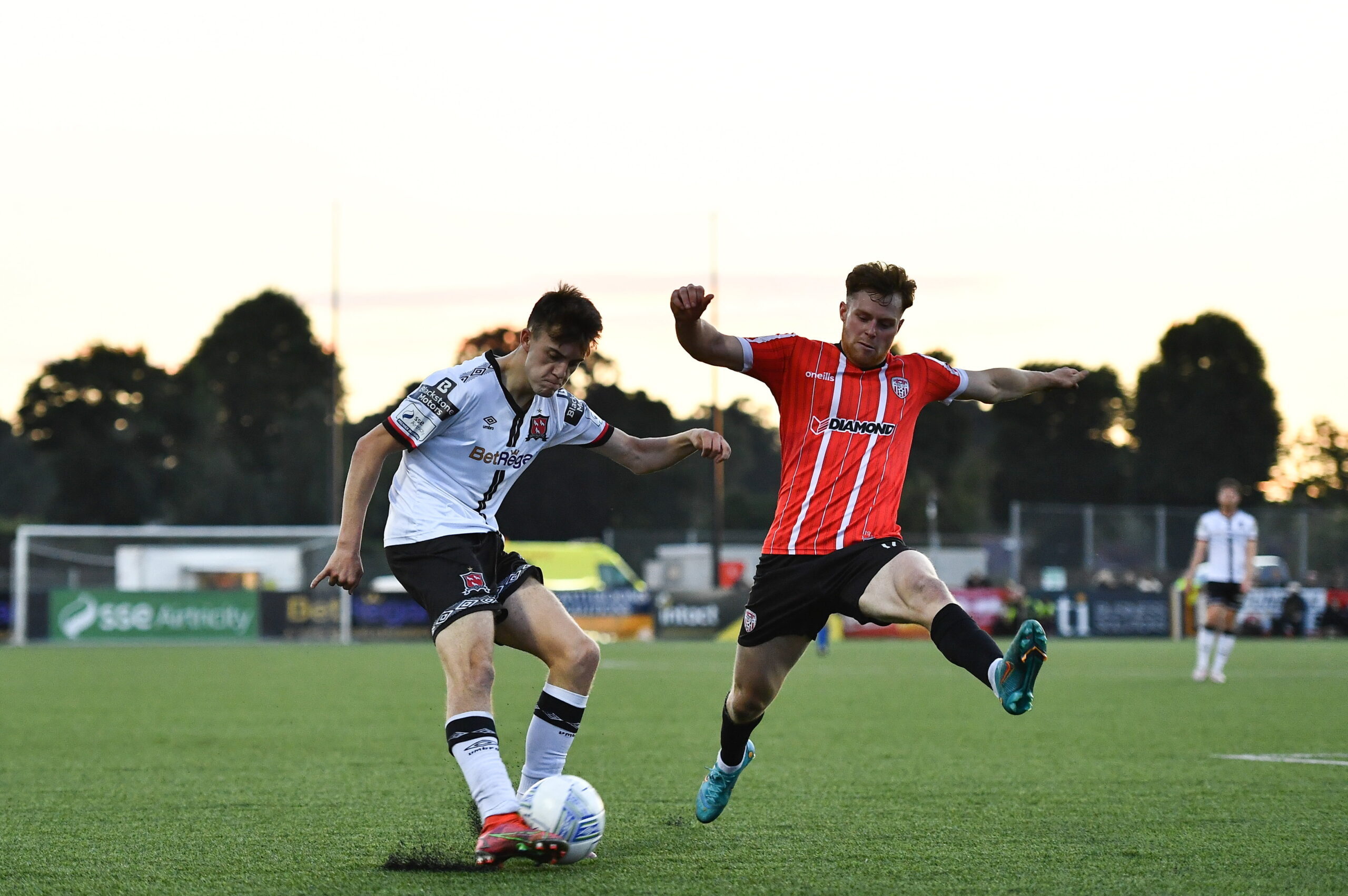 Dundalk pressed further and Hoban’s looping header forced a good save from Maher however Connolly was awarded a soft free-kick while Hoban turned creator when he set Bradley away but the Hibernian loanee couldn’t find the target.

Sloggett headed the ball wide from a Keith Ward corner while O’Kane almost levelled it moments later when he got on the end of Bradley’s clever cross but Maher grabbed at the last moment.

Dundalk pushed for the equaliser but struggled to create anything of note from there on in with the Candystripes dealing with everything the home side had to throw at them.

That was until Hoban stepped up in the final moments to time his run perfectly and rise to head the ball past Maher to send Oriel into raptures.

So it finished and we maintain our fantastic home record.