Dundalk suffered their first home defeat of the season on Friday evening as they lost 2-1 to St. Patrick’s Athletic at Casey’s Field in the SSE Airtricity League.

Chris Forreste had given Pat’s the first half lead before Ryan O’Kane equalised on the stroke of half-time before Adam O’Reilly struck in injury-time to give the Saints the win.

Head Coach Stephen O’Donnell made one change from the side which was victorious in the Louth Derby last week with Steven Bradley coming in on the right hand side for Runar Hauge.

Dundalk were the dominant side in the opening stages first with Bradley firing just wide and then Ryan O’Kane engineered a brilliant chance for himself but he fired over.

John Martin was next and his deflected shot almost crept into the bottom corner with Danny Rogers beaten. 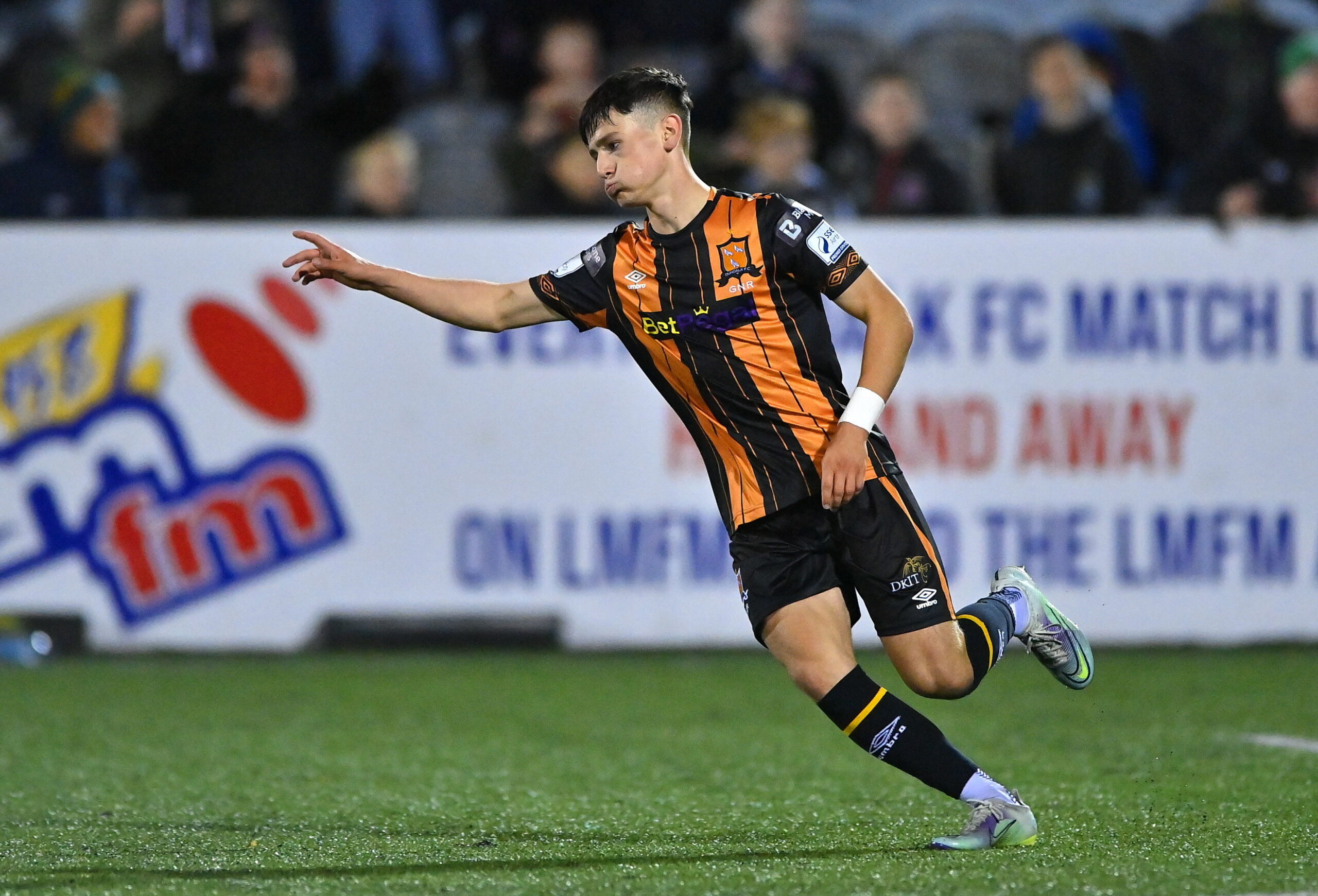 Pat’s took the lead against the run of play in the 20th minute when Anto Breslin fed Chris Forrester on the edge of the area and he fired to the top corner giving Nathan Shepperd no chance.

The goal stunned Casey’s Field into silence somewhat however there was a dearth of any real chances in the aftermath of the opener.

Neither side created much bar a couple of crosses into the area.

The Lilywhite though did get the equaliser that they deserved on the stroke of half-time.

A brilliant cut inside from O’Kane saw him create space to unleash a shot which he did and the ball nestled in the bottom right hand corner past Rogers.

The second half was devoid of many chances as both sides struggled to hold onto the ball. 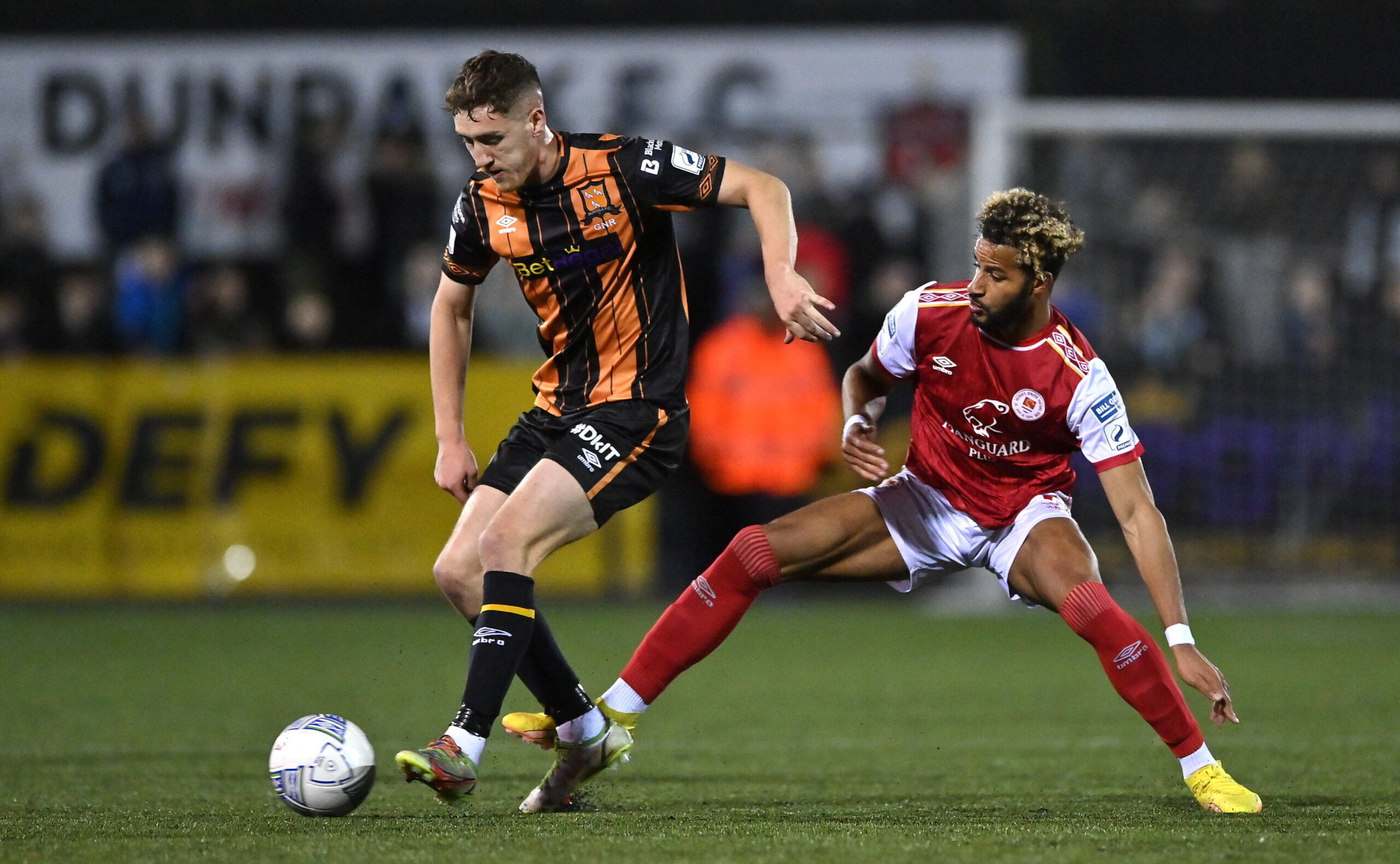 John Martin gets away from Barry Cotter. Photo by Seb Daly/Sportsfile

Joe Adams had a shot early in the half while a couple of crosses into the box from Pat’s were just missing the final touch.

The final act of the game would see the visitors take victory with Adam O’Reilly tapping in from close range.