Dundalk returned to winning ways on Friday night as they took all three points in a hotly contested Louth Derby against Drogheda United!

First half goals from Runar Hauge and a Dane Massey own goal sealed a 2-0 win for the Lilywhites at Casey’s Field.

Darragh Leahy had an eventful opening 10 minutes as he was involved in the two main incidents.

First he had to scramble with his goalkeeper Nathan Shepperd to stop the ball ending up in the net following a cross from Adam Foley, which came off him last and then his header was inches wide of a John Mountney free-kick.

There was little action other than that in the opening period with a long break due to an injury to Evan Weir.

That was until Dayle Rooney bundled over Hauge in the box leaving John McLoughlin to point to the spot.

Hauge stepped up himself to take and sent Colin McCabe the wrong way to give the Lilywhites the lead. 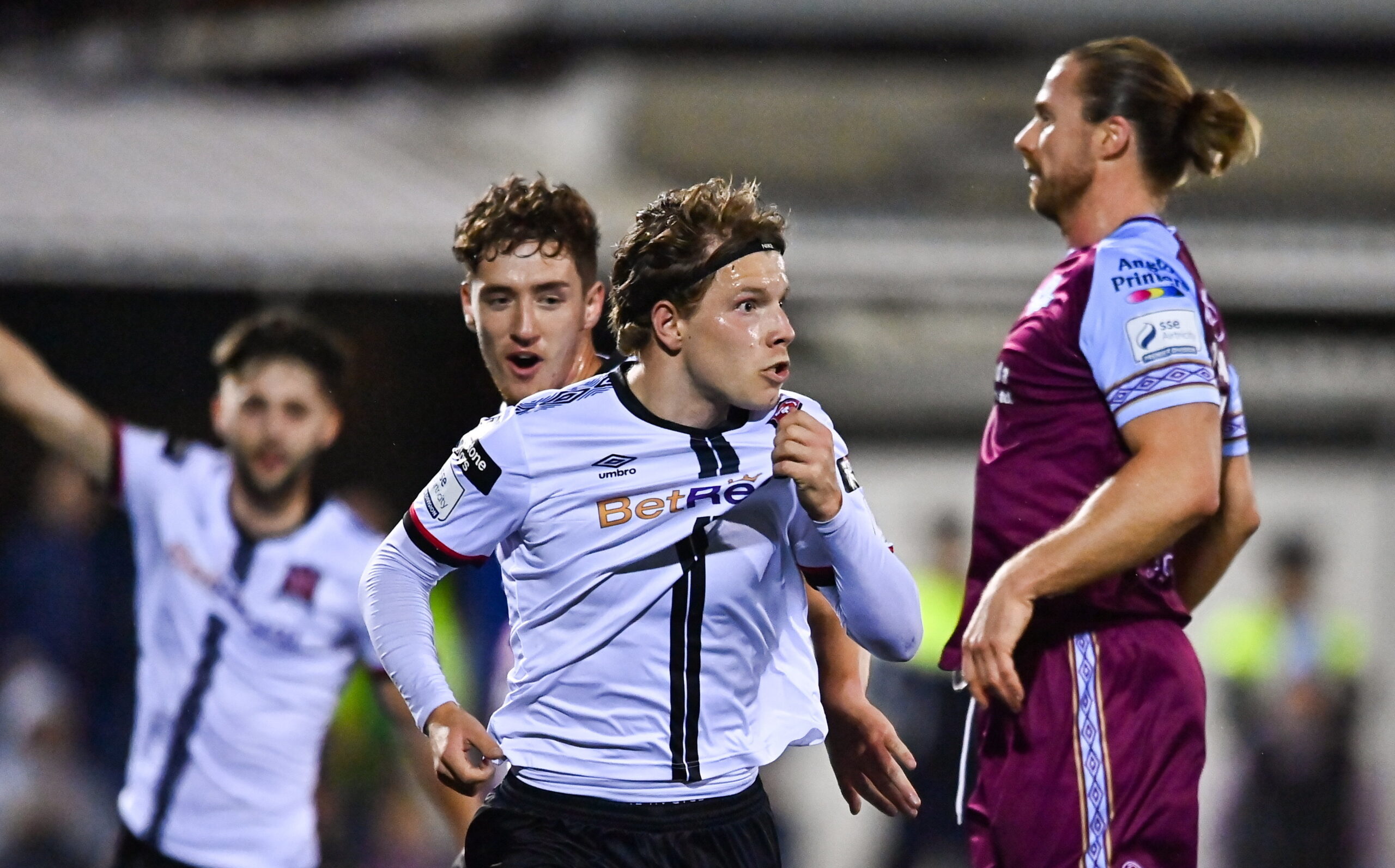 Runar Hauge celebrates after his goal Photo by Ben McShane/Sportsfile

That lead would be doubled in injury-time before half-time when former Oriel Park favourite Massey deflected a cross into his own net.

The second half was scrappy as well with neither team able to retain control of the ball for any period of time.

Ryan O’Kane showed quick feet to create an opening for himself but his goalbound effort was deflected wide.

John Martin headed a corner over the bar while Sam Bone tried the same trick but he couldn’t direct his header towards the goal.

Dayle Rooney had the visitors first effort of the second half with 20 minutes left on the watch but Bone did well to block.

There was a seven minute delay to the match as a supporter received medical attention which led to that time being added on and more. 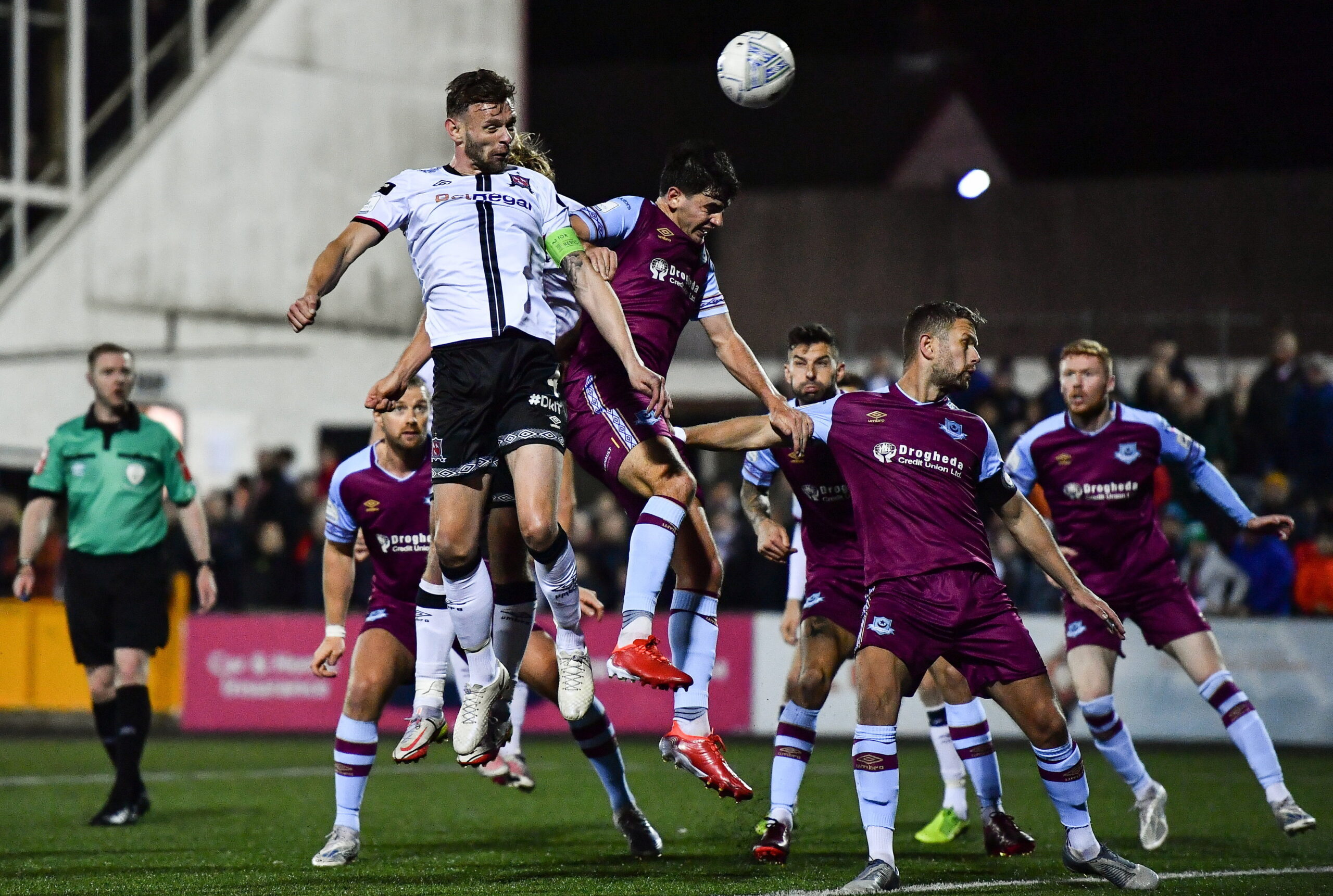 Steven Bradley tried to add a third in stoppage time as he cut inside and fired but he couldn’t find the target as Drogheda United were reduced to ten men with Ryan Brennan receiving his marching orders.

Keith Ward had an outrageous effort tipped over by McCabe as Bradley again tried his luck but he was inches wide.

The Scotsman would have the final chance of the night as referee McLoughlin blew the full-time whistle and Dundalk made it 15 unbeaten in 2022 at Casey’s Field!