Dundalk ensured that they will be playing European football next summer after a 2-1 win over Bohemians at Casey’s Field on Friday evening.

First half goals from David McMillan and Runar Hauge proved to be enough for the Lilywhites to seal the three points. Ethon Varian pulled one back late on for the visitors however it was only a consolation.

Head coach Stephen O’Donnell made one change from the side which was held by Sligo Rovers last week with Steven Bradley coming into the starting XI for Joe Adams.

It was Bohemians who had the better of the opening stages with Liam Burt testing Nathan Shepperd from the edge of the area but it was palmed away.

Opposite winger Kris Twardek had a shot blocked from an acute angle while Burt should have found the net from point blank range but his header hit the side netting.

Dundalk took the lead somewhat against the run of play when referee Adriano Reale awarded a free-kick to Ryan O’Kane 30 yards from goal. 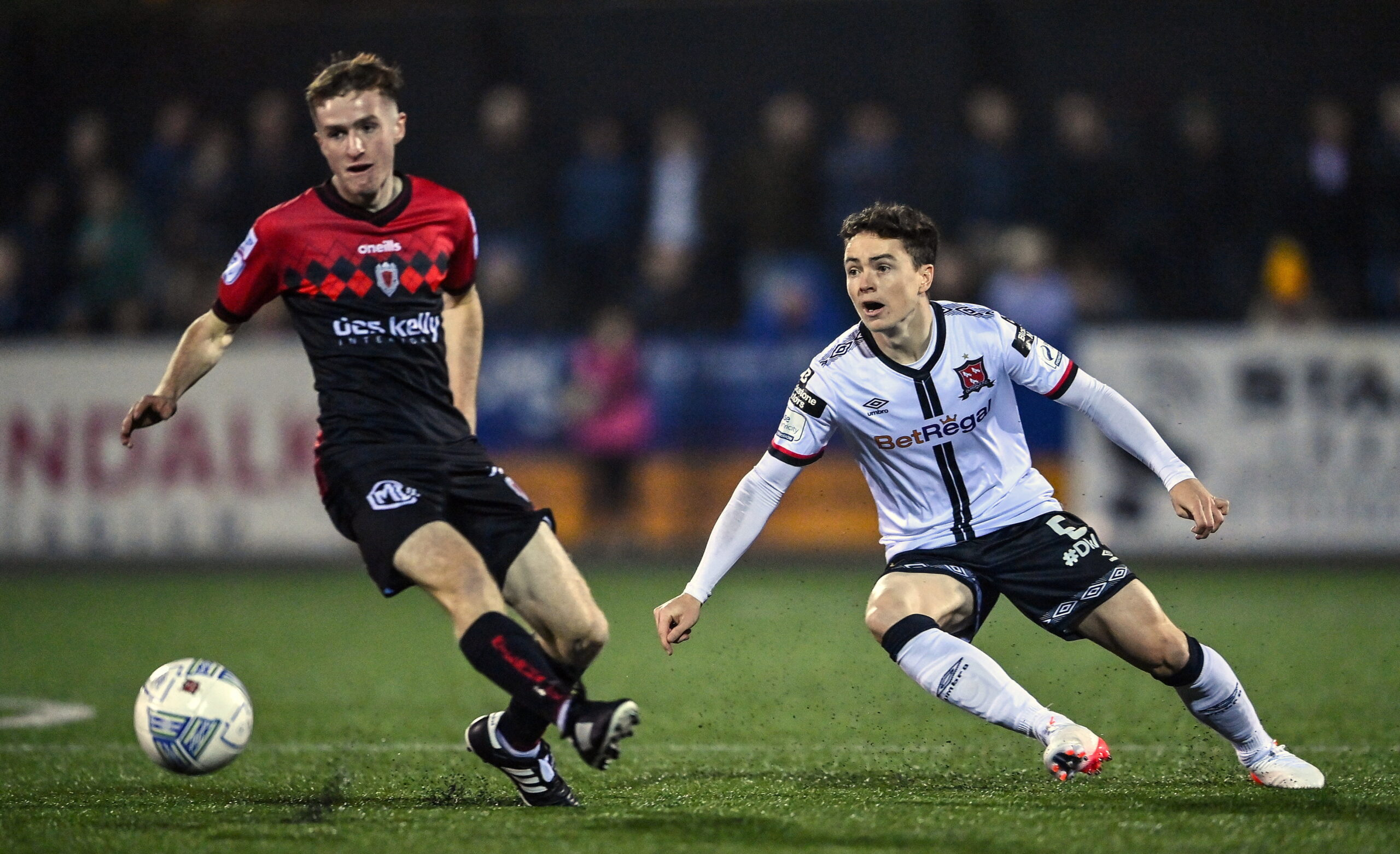 Alfie Lewis plays the ball around the corner. Photo by Seb Daly/Sportsfile

He left it for McMillan to take and what a decision that was. A simply stunning strike from the number 29, over the wall to give goalkeeper Reece Byrne no chance between the sticks.

It looked to shock Bohs and Dundalk were on the front foot for the remainder of the half and duly doubled their advantage just before the break.

McMillan played the ball in behind and Hauge managed to beat the visiting defence for pace before showing great composure to finish beneath the goalkeeper.

The second half had a quieter opening with neither side able to find a rhythm.

Ciaran Kelly forced a magnificent save from Shepperd as he headed from point blank range but the goalkeeper somehow got his hand to it and away to safety.

Declan McDaid had a shot blocked before Burt had a goalbound effort go just over the bar. 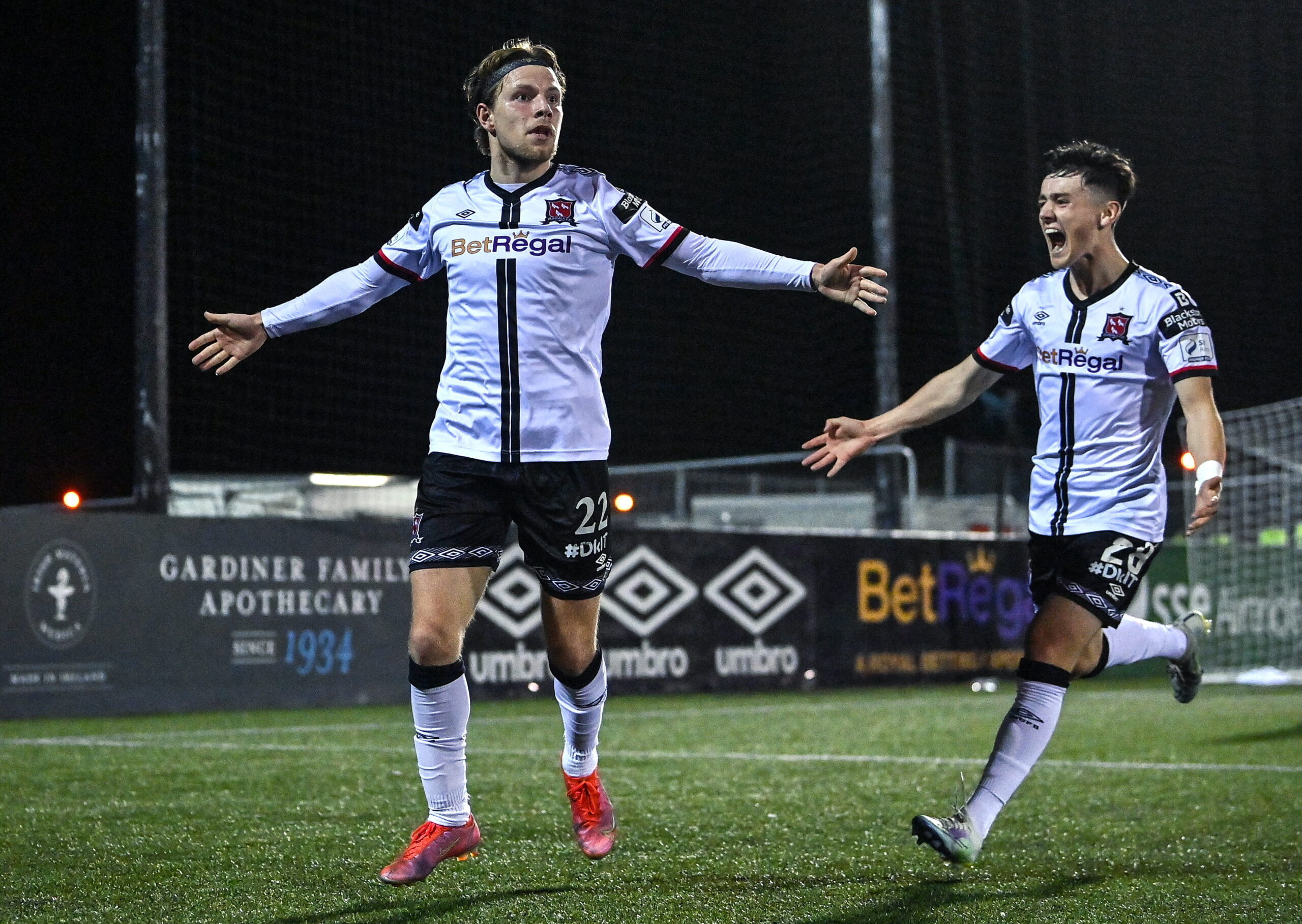 Former Lilywhite tested Shepperd with a free-kick from 30 yards but the goalkeeper was equal to it as the Gypsies tried to find a route back into the game.

Bohemians did get their route back into goal in the final minute when Ethon Varian hammered a header to the net from close range.

That proved to be it though and O’Donnell’s men punched their ticket to the continent with a win in their final home match of the 2022 campaign to clinch a top 3 finish in the SSE Airtricity League!