John Martin and David McMillan were on the scoresheet as Dundalk picked up their second win in the space of 24 hours with a 2-1 victory over NIFL Premiership side Larne in a friendly at Oriel Park on Saturday afternoon.

Head coach Stephen O’Donnell used the opportunity to give all eight of the substitutes from the previous night’s win over Shamrock Rovers some valuable game time while he also handed an opportunity to a host of the club’s academy players, including 14-year-old Luke Mulligan, who came off the bench in the second half.

The Invermen requested the game in order to build up for next month’s UEFA Europa Conference League qualifier against St Joseph’s of Gibraltar and there was a familiar face in their lineup with new signing Daniel Kearns, who scored an unforgettable hat-trick for Dundalk against Linfield in the 2011 Setanta Cup campaign, starting in their attack. 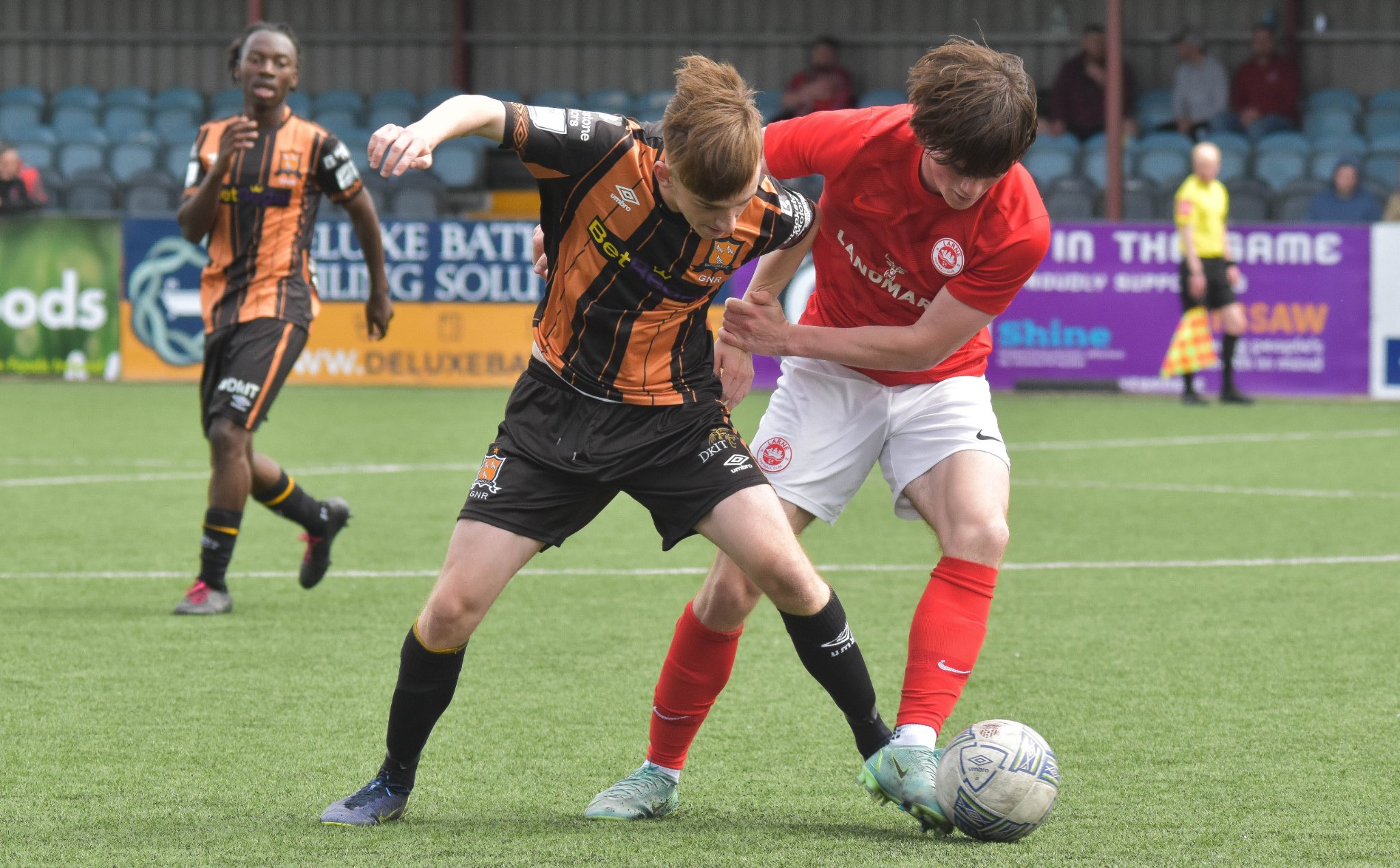 Oisin Coleman in action against Larne in the friendly at Oriel Parl. Photo by Bill Guiller

Peter Cherrie made the most of his appearance between the posts, making two excellent close-range saves early on from Leroy Millar and then Ben Doherty before he was eventually beaten by a well-guided Lee Bonis header.

Mayowa Animasahun saw a goal-bound header hacked off the line after that but Dundalk drew level on the stroke of half-time when John Martin got up above Graham Kelly to head Mark Hanratty’s delivery past Rohan Ferguson.

Cherrie, who was replaced by Mark Byrne late on, made another couple of fine saves in the second half and watched Andy Mitchell smack a penalty over the top.

That miss came just nine minutes after McMillan rattled the crossbar with a spot-kick of his own after Ryan O’Kane was tripped inside the box. 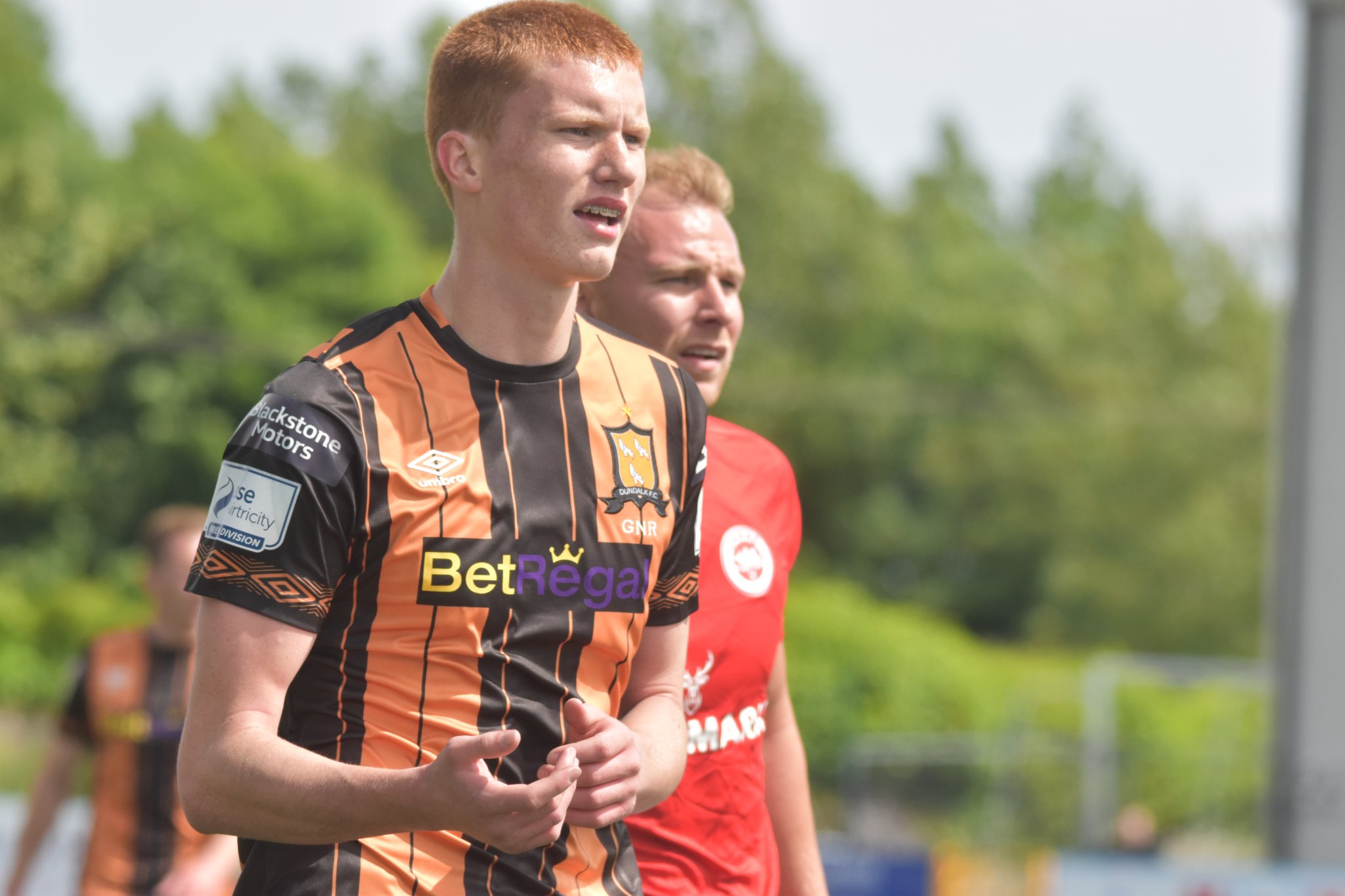 Senan Mullen in action against Larne in the friendly at Oriel Parl. Photo by Bill Guiller

McMillan, however, showed his class by hitting the winner with 18 minutes to go when he swept an Anthony Moyo pass into the net after good pressing by Tadgh Walsh forced Larne into an error on the edge of their own penalty area.