Goals from Steven Bradley and Sam Bone either side of the interval set Dundalk on the way to a first win of the season against Finn Harps on Monday night.

Harps created a number of chances in the opening 45 minutes but Bradley turned the half-time chit-chat around Oriel Park on its head with what is fast becoming a trademark finish just before referee John McLoughlin brought the first period to a halt.

Bone added a stylish second of his own less than a minute after the restart and Bradley made it four goals in his opening three games with a tidy left-footed finish to give Stephen O’Donnell his first win as Lilywites head coach.

Playing the second of three games in the space of eight days, O’Donnell made four changes to the team that draw 2-2 with Bohemians just 72 hours earlier with Brian Gartland, Paul Doyle, Joe Adams and David McMillan all named in the starting XI. 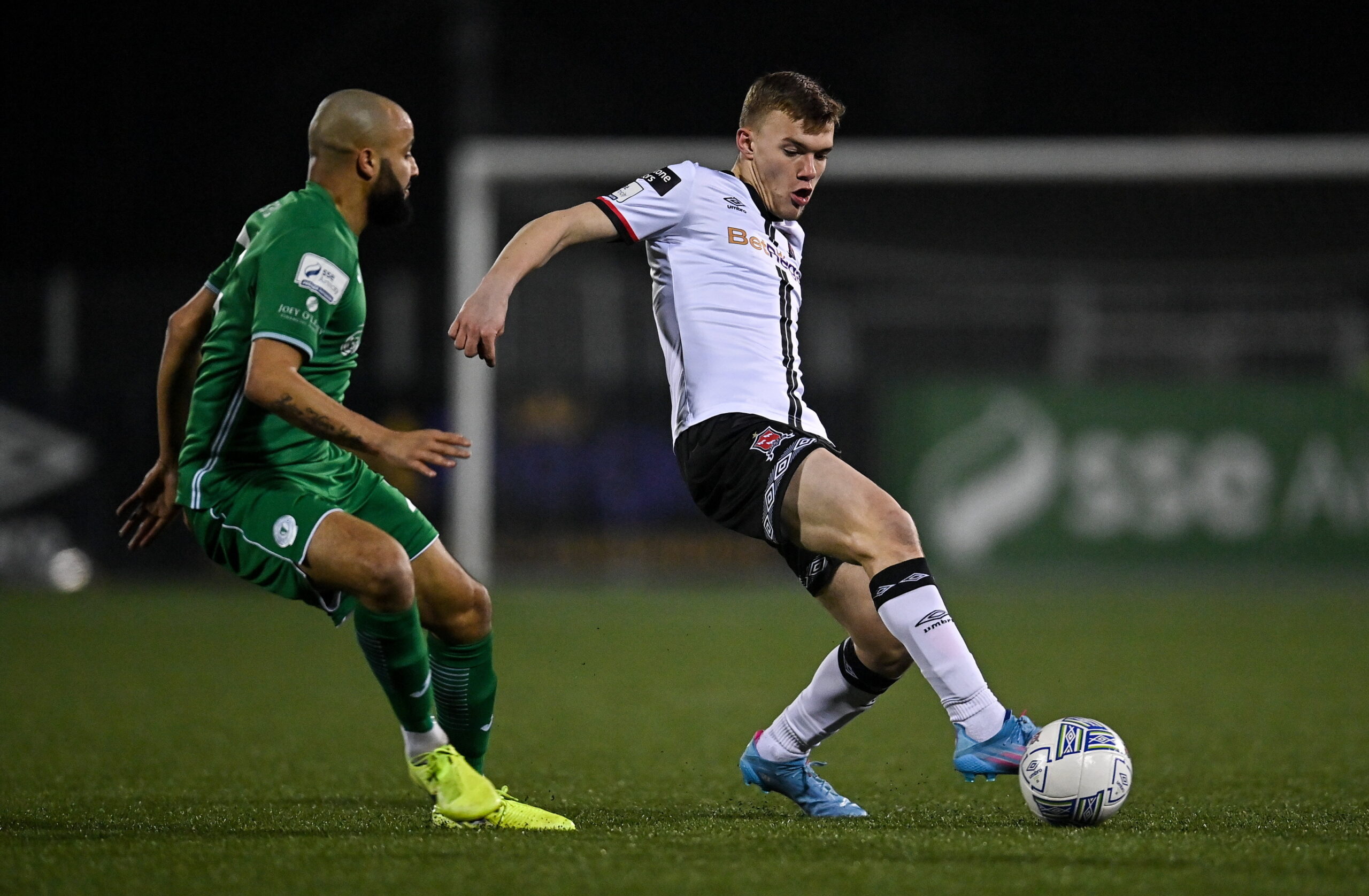 Harps looked destined to take the lead in the 12th minute when Ethan Boyle burst through the middle of the park and slipped Filip Mihaljevic in on goal. The Croatian striker sidestepped Nathan Shepperd and rolled the ball towards the empty goal but Lewis Macari somehow made it back to clear the ball off the line.

Barry McNamee then guided a header off target before Shepperd shovelled an Ethan Boyle effort to safety before darting to his near post to turn Ryan Connolly’s vicious corner aside.

Ollie Horgan’s men continued to hold the upper hand and Mihaljevic went agonisingly close to opening his League of Ireland account in the 31st minute when he smashed a drive of the top of Shepperd’s bar.

Dundalk looked disjointed but they went in at the break holding the advantage as Bradley, not for the first time this season, picked up a long, precise pass from Shepperd and cut in from the right before drilling a low effort under Mark McGinley with his left foot.

The second half was just 44 seconds old when Bone made it 2-0. Faced up with a defender, the Londoner showed great feet to create a yard of space on the corner of the penalty area and he smacked a powerful low drive past McGinley to leave Harps floundering. 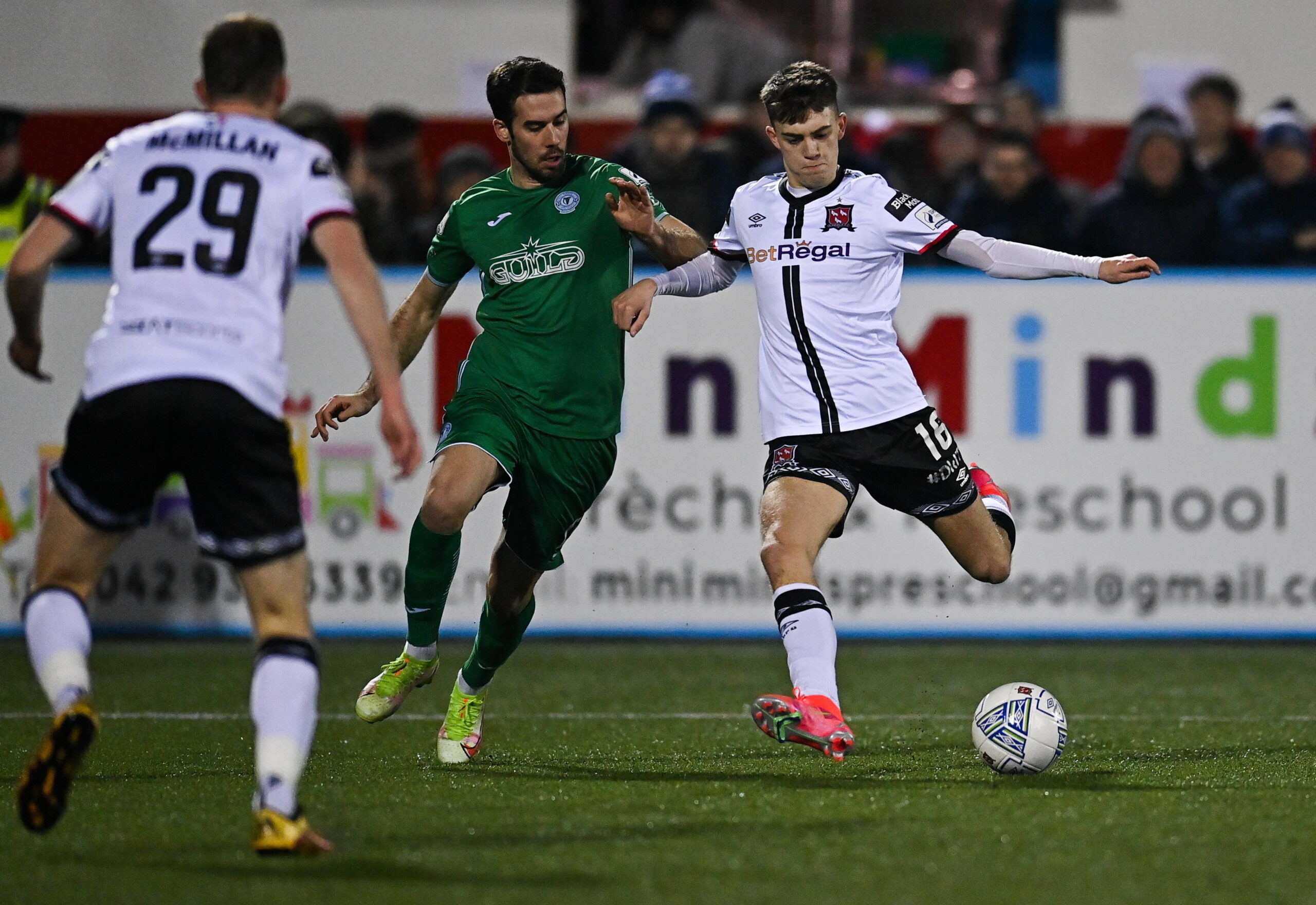 Bradley forced McGinley into a fine stop with an instinctive drive but the Glasgow native wasn’t to be denied a second and he left the Harps ‘keeper with no chance in the 67th minute with a beautiful half-volley into the far corner.

The on-loan winger received a standing ovation when he was replaced by John Martin with 12 minutes to go as Dundalk cruised to a comfortable win, and a welcome clean sheet, to get the O’Donnell-era really up and running.