Dundalk continued their impeccable home form and made it eight successive wins at Oriel Park with a 3-0 win over UCD on a rainy Friday night.

Stephen O’Donnell was forced into one change from the side which drew 0-0 with UCD when Steven Bradley, originally named in the XI, picked up a knock in the warm up and was replaced by Joe Adams.

The first half was dominated by…the rain.

Both sides struggled to get any sort of hold on the match with the heavy rain making conditions difficult.

David McMillan had a half chance as the contest approached the half hour mark as his attempted shot off Lewis Macari’s cross was sent wide of the target. 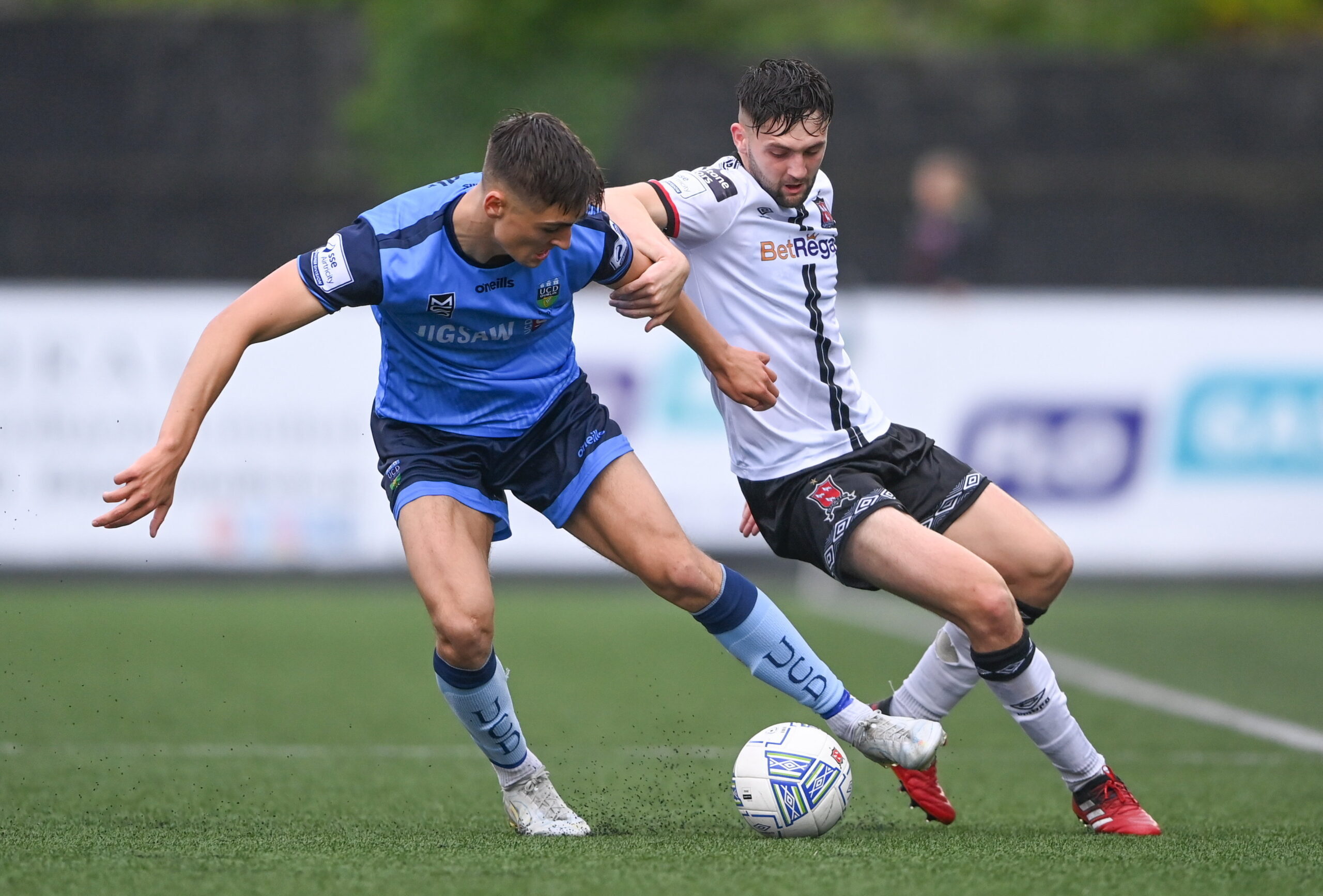 Greg Sloggett then tried his luck from distance but his effort was easily charged down by Sam Todd.

It was former UCD captain Paul Doyle who came closest though to opening the scoring when he showed quick feet to create space for himself and opened up for a shot. However goalkeeper Cian Moore tipped it around the post at full stretch.

Dundalk began the second period on the front foot and Kelly showed superb drive to go on the outside right and his cross was knocked down by Benson, into the path of McMillan and he fired to the net.

Shortly after, it was 2-0. A corner from the right hand side delivered by Benson wasn’t cleared by the UCD defence and Sloggett bundled the ball home.

Sloggett and Kelly had chances after that to add further to the lead but neither could find the net from inside the area. 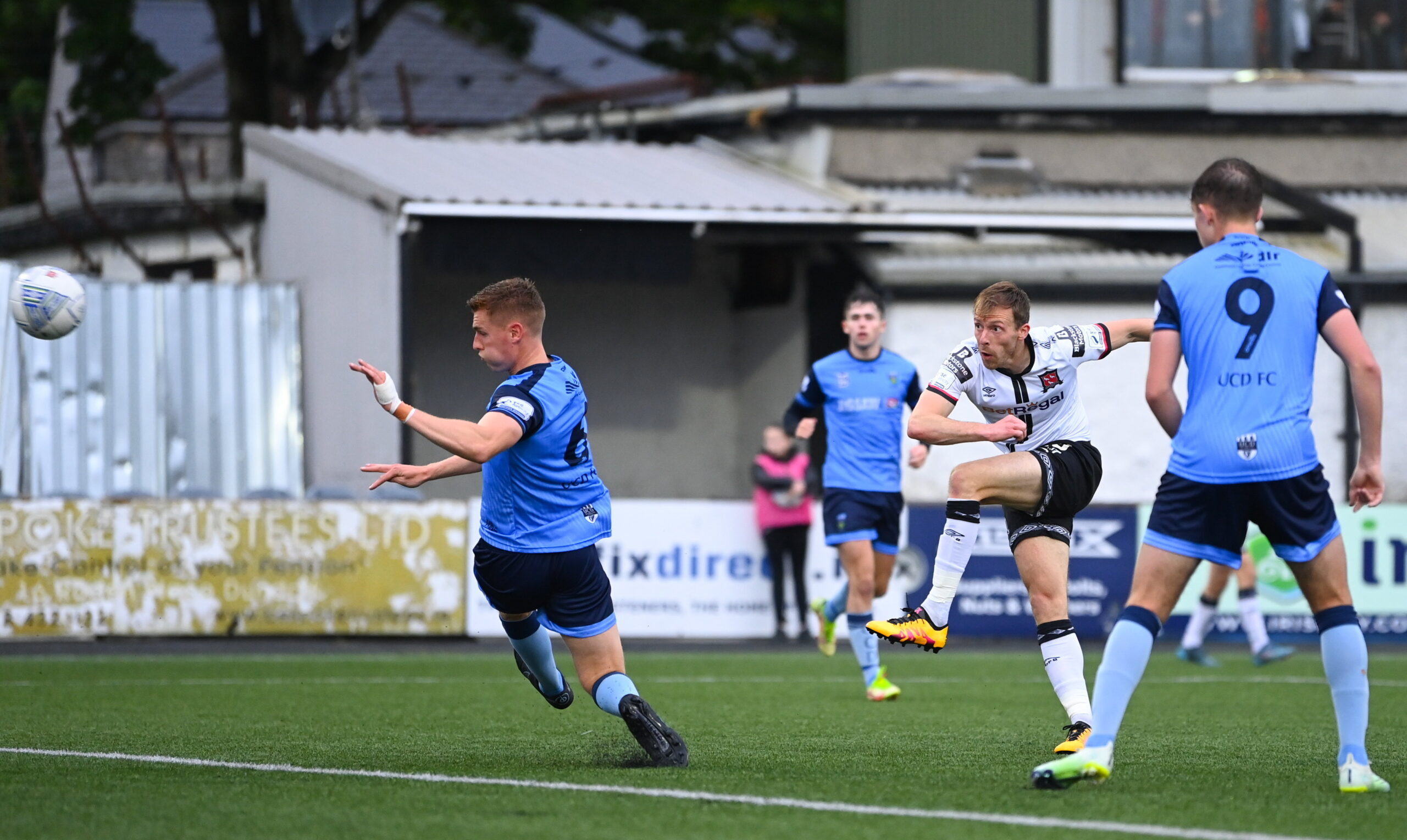 David McMillan fires to the net  Photo by Harry Murphy/Sportsfile

Sloggett had another chance to double his tally when he got a foot to a stinging cross from Adams however it went wide.

The rain did ease off as we approached the 90 minutes and the match did go somewhat flat.

There would be time for one more as another former Student Keith Ward showed terrific composure to find the net with the last kick of the game from John Martin’s pull back.

That was it and O’Donnell’s men got back to winning ways ahead of the Louth Derby next weekend.