Dundalk returned to winning ways and maintained their unbeaten home record with a 3-1 win over Bohemians at Oriel Park on Friday night.

Second half goals from Patrick Hoban, Robbie Benson and Paul Doyle sealed victory for the Lilywhites after Ciaran Kelly had given Bohs a half-time lead.

Dundalk started the brighter and Joe Adams was first to have a shot which was smothered by James Talbot while from Joe Adams following corner, Mark Connolly met it but was inches away from the opener.

Ali Coote responded for Bohemians with a low shot from the edge of the area which was smartly tipped around the post by Nathan Shepperd for a corner.

The corner though would bring the first goal which was taken short and worked to the back post by Coote where Ciaran Kelly finished.

It was scrappy following that with neither side in any control of possession.

Robbie Benson though almost did equalise on the half hour mark when his stunning drive from 30 yards was tipped onto the crossbar by Talbot to keep Bohs ahead.

Daniel Kelly then had two chances to level it for the Lilywhites with his first a snapshot which went just wide and the second a perfectly timed run to latch onto a Hoban ball through but Talbot got out well to save. 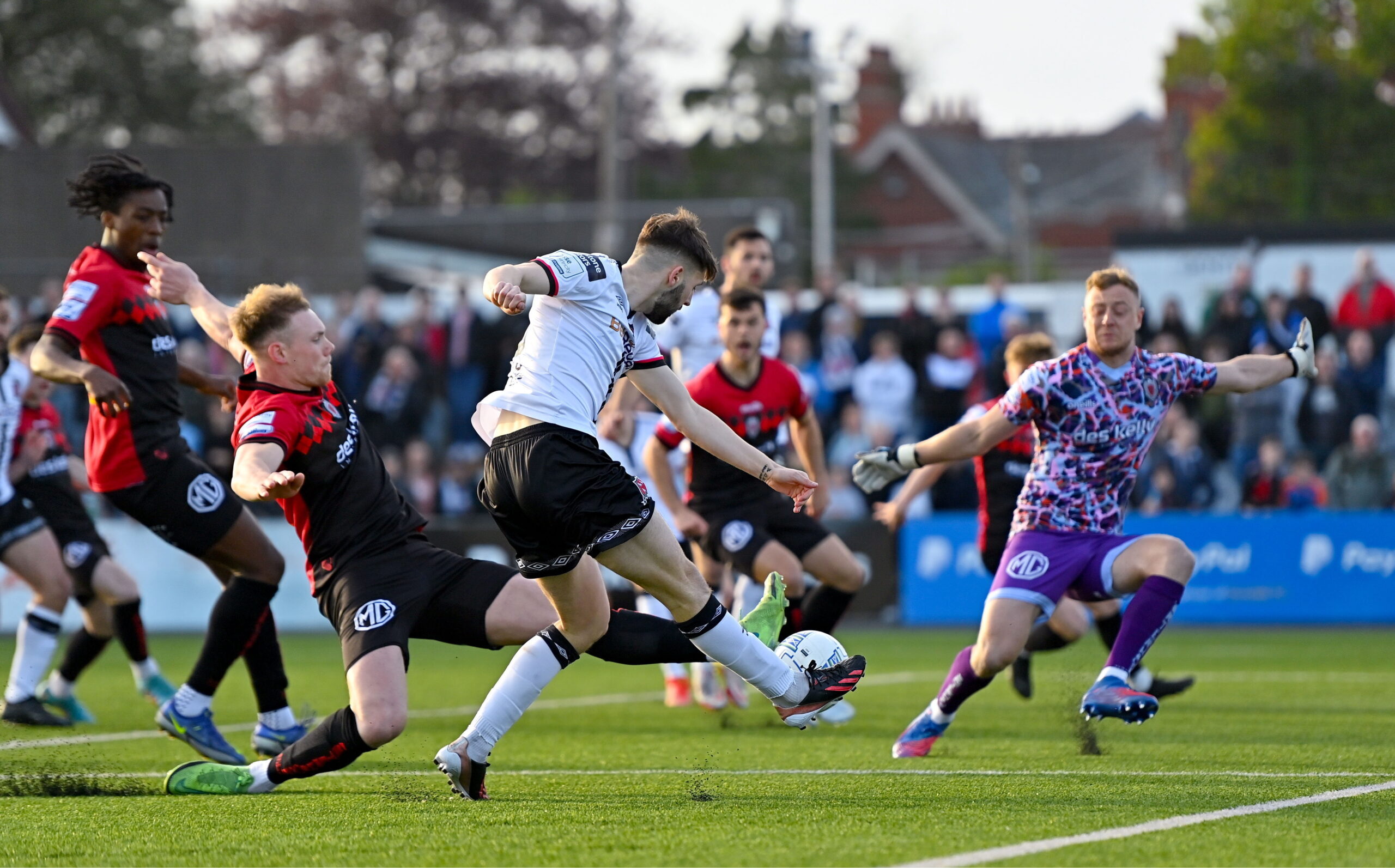 Dundalk began the second half with a renewed intensity and levelled up immediately after the break.

Benson did well to break forward with the ball and he laid it off to Hoban who fired low from the edge of the area to find the net giving Talbot no chance.

Hoban had Talbot rooted to the spot moments later when his header briefly threatened the goal but he couldn’t guide Darragh Leahy’s cross on target.

Bohs responded with two quickfire chances of their own on the hour mark when Coote forced a smart save from Shepperd down to his right and Kelly looking for his second roamed forward but his left footed effort was just wide. 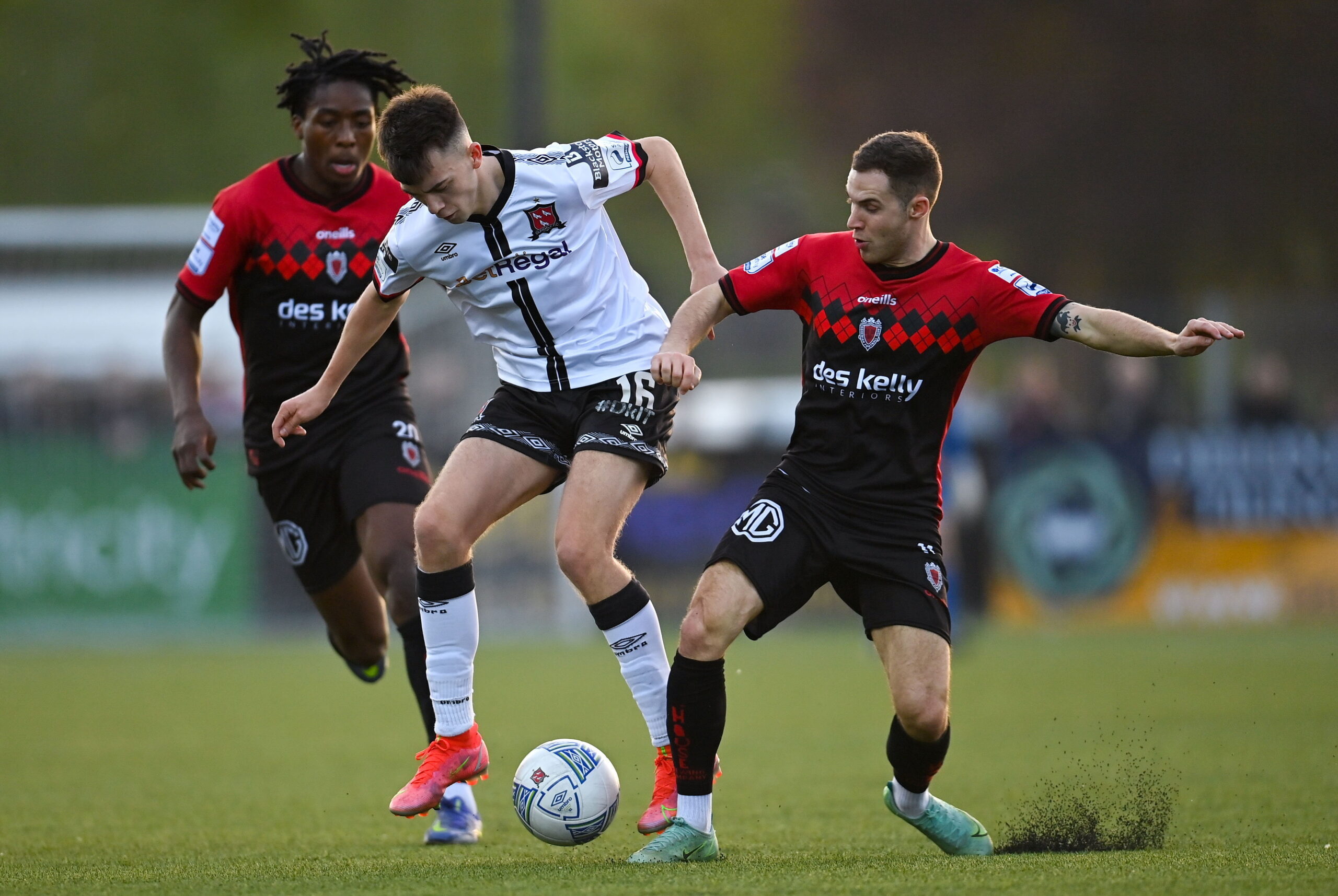 Steven Bradley gets away from Liam Burt. Photo by Ramsey Cardy/Sportsfile

Dundalk would take the lead though with just under 20 minutes remaining. Substitute Keith Ward made an almost immediate impact when his excellent through ball found Kelly. He broke the offside trap and had a chance to shoot but he squared it to Benson and he finished to the net.

Dundalk would make it three when Doyle got his second in a week after shooting from outside the box and finding the net, via a deflection.

Dawson Devoy tried to respond for the visitors but his goalward effort was palmed away to safety by Shepperd.

There was to be no more action and Dundalk comfortably saw the match out.