It follows the 1903 Supporters Club’s link up with Outcomers Dundalk, a social and befriending support group for gay, lesbian, bisexual and transgender (LGBT) people.

Based in Roden Place, the Outcomers’ drop-in centre provides a safe, social and relaxed environment for the local LGBT community.

“We’re delighted to have the players involved,” she said. “The younger generation – and even the older generation – in Dundalk really look up to them so when they lend their support to anything, it means an awful lot.

“As a Supporters Club that is attached to a young population and a young squad of footballers, I think it’s very important that we support an organisation like Outcomers. 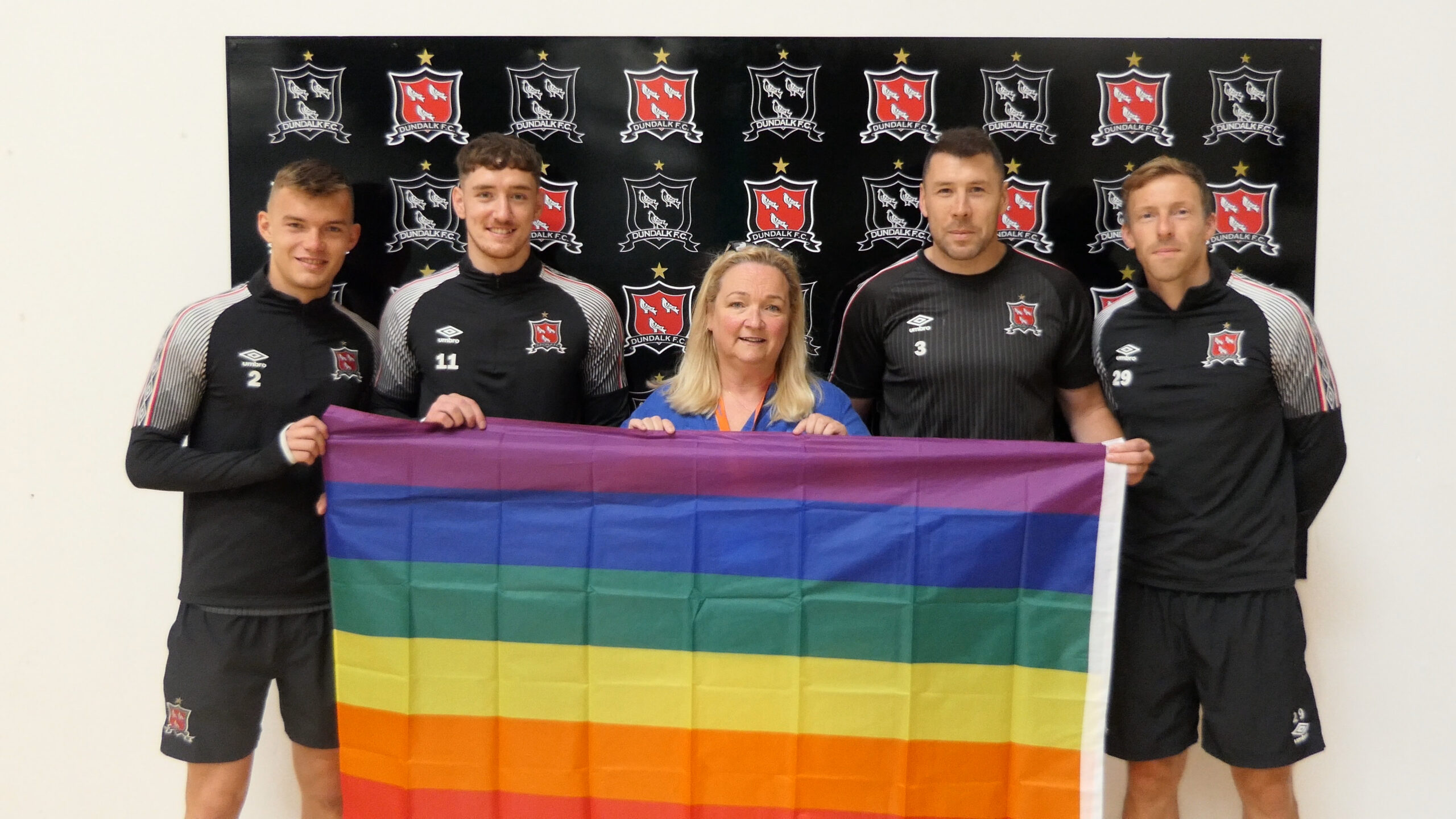 “It’s something that is very much in the public eye at the minute,” she added. “We see lots of people taking their own lives and feeling under pressure and for what?

“People should feel free to be who they are and talk about who they are. You can only be the best footballer, supporter or whatever it is when you are true to yourself so that’s why the 1903 Supporters Club supports the group and we hope everyone in Dundalk supports it too.”

Outcomers are one of the organisations that have lent their support to Dundalk Pride which runs until this Sunday, July 17th.

“This is a special week for Outcomers,” said Anne. “It started on Monday night and continues all week with a Family Day and a parade on Saturday. If people are free, I would urge them to go along and join in.

“Outcomers is open six days a week until 6pm,” she added. “Their services are free, they offer support and counselling and if one person hears or reads about this and reaches out to get the help they need, then it will be job done.”

For more details on Outcomers Dundalk, you can visit the website here
For more information on Dundalk Pride, visit the Facebook page here.