DICKY DELIGHTED TO BE BACK

DICKY DELIGHTED TO BE BACK

Dundalk winger Daniel Kelly is looking forward to showing Lilywhites sporting director Jim Magilton exactly what he can do after recovering from a troublesome knee injury.

The 24-year-old has yet to kick a ball this season but after taking part in training on Wednesday and Thursday, Kelly is pushing to be involved in Friday night’s SSE Airtricity League game with Waterford at the RSC

Speaking to the media ahead of the game, Magilton described the popular Dubliner as a “breath of fresh air” off the pitch and after five-and-a-half months on the sidelines, ‘Dicky’ is hoping to make a similar impact on it.

“Wednesday was my first day back with the rest of the squad,” he told dundalkfc.com. “I felt like a kid at Christmas getting up knowing that I was going to be training. It has been a long few months so it was great to be involved.

“I’ve had no reaction, thankfully. That’s what set me back previously. I would so something and then a few days later the knee would be inflamed again but it seems to have settled down now, hopefully.”

Magilton has yet to see Kelly play in the flesh but the Belfast man said that the former Bohemians and Bray Wanderers star had told him exactly what to expect.

“He tells me he’s some player! He has pace, he is direct and even tells me he scored 16 goals in one season,” smiled Magilton. 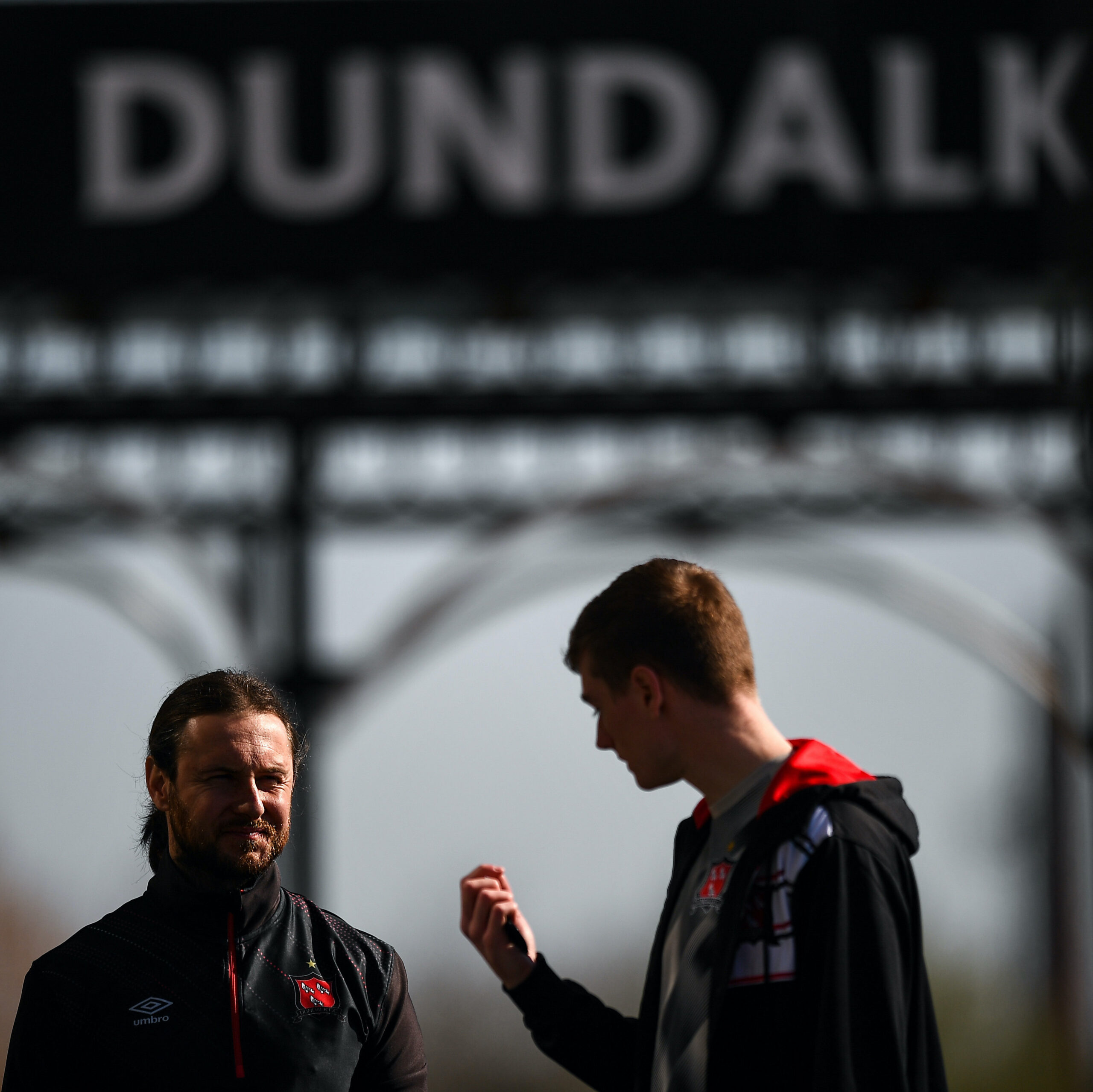 “The physio department are over the moon as they never want to see him again. The strength and conditioning coach is tortured, he’s just come out of a mental ward because Dan has tortured him!

“Dan’s a brilliant boy and I’ve had so much fun with him but the fun starts for me now because I’m going to watch every second as he’s chirped up and told me he’s Ronaldo. We’ll soon see.

“All joking aside, it’s great to have him back and he’s been a breath of fresh air. The lads love him and you need those characters in the dressing room.”

Kelly watched Dundalk’s win over Drogheda United from the main stand last week and he said it was imperative that they followed it up with similar results against Waterford on Friday and Longford Town on Bank Holiday Monday.

“This is where you see the real Dundalk, “ he said. “The games are coming thick and fast and this is usually where you see the teams with the big squads kick on. It’s a huge weekend for us. Over the basis of the last couple of games we have played well in spells but we need to put that together over 90 minutes.

“We spoke about Waterford this morning and they are a decent side. They have new players and new management so they will be eager to impress but if we bring the quality that we have showed in glimpses, we’ll be confident of getting the three points.”