Michael Duffy was in high spirits on Friday night after playing a major role in Dundalk’s vital 1-0 win over Waterford at Oriel Park.

Daniel Kelly’s goal just before the half time break was enough to secure all three points for the Lilywhites, who stretch the gap to Finn Harps to four points with three games left to play.

Duffy was delighted with the three points, but felt that the hosts could’ve won by more.

“That was a massive three points for us,” he said. “Tonight was a must-win for us and in the end we could’ve scored three or four but it doesn’t matter, we’ve got the three points and that’s the important thing.”

It was a tight and tense first half, and it looked as if the sides would go in level before Kelly’s strike in first half stoppage time gave the Lilywhites the lead. Duffy felt that the goal came at the perfect time to put the home side in the driving seat for the second half.

“It was massive for us to score before the break. We deserved it I think, we had some really good chances before that. Their goalkeeper had the game of his life, he was brilliant but we just dug in and kept going.

“We knew we’d eventually score one of the chances and it was a brilliant finish from Dicky to finally give us the lead.” 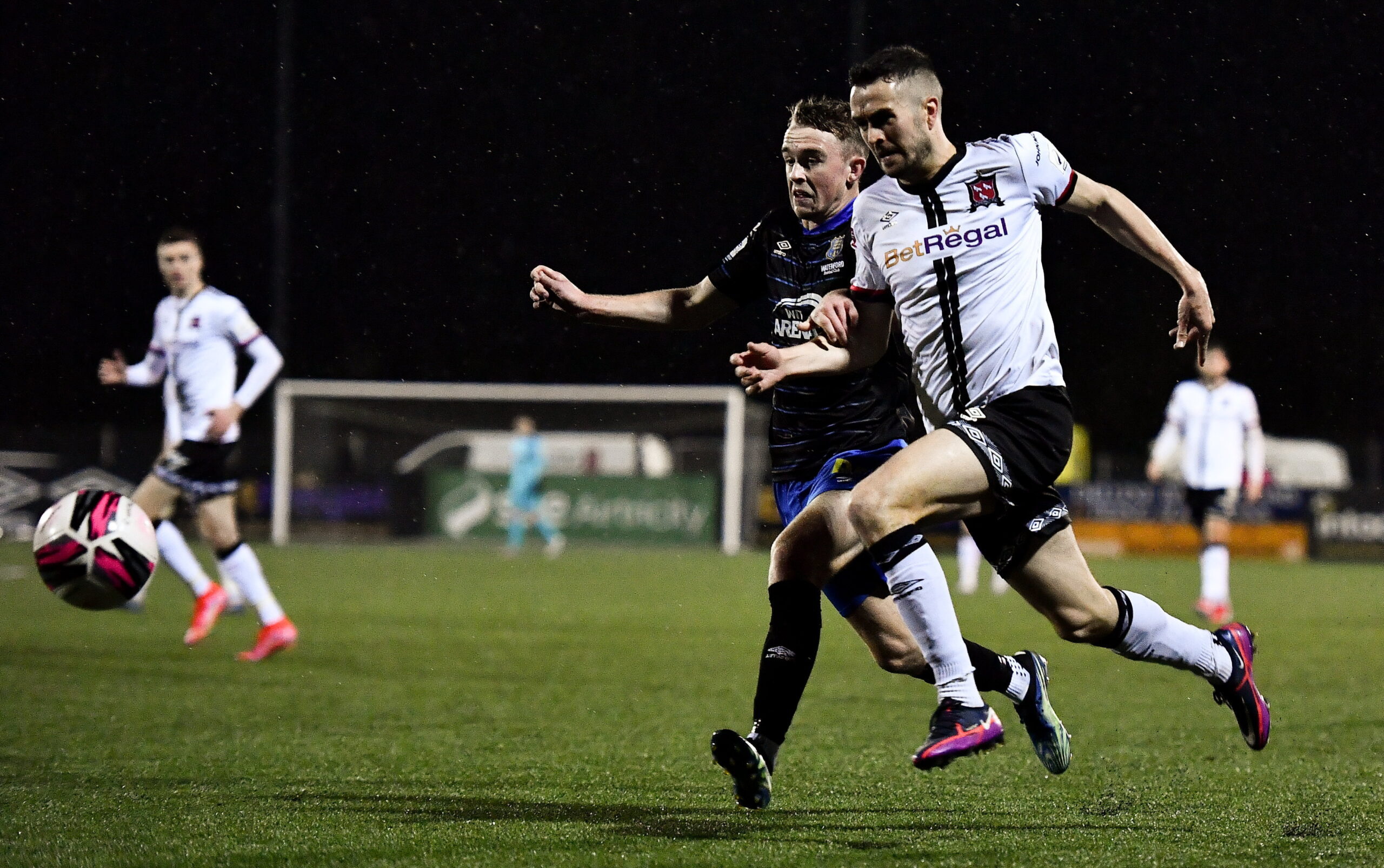 Vinny Perth’s side improved massively on the ball in the second period, but Waterford also had a number of chances to draw level, and Duffy was full of praise for Peter Cherrie for the fantastic saves he made to preserve Dundalk’s lead.

“We created lots of chances in the second half and it was starting to look like it could be one of those games where it comes back to haunt us and we leave with a draw, but Peter was tuned in and he pulled off a couple of brilliant saves towards the end to secure the points for us.”

With just three games left in Dundalk’s season, Duffy says that the goal for the players is to pick up maximum points and try to finish as high as possible in the league table.

“We’re definitely looking to carry this on into the last few games. The games this coming week against Drogheda and Longford are massive for us.

“Tonight was a huge boost for us so we’ll want to go in to these games with a positive mindset and hopefully we’ll pick up six points from those games next week.”