Michael Duffy is hoping that a couple of tense heart-to-hearts will have the desired effect and kickstart Dundalk’s season into life when St Patrick’s Athletic visit Oriel Park on Saturday evening.

A return of one point from a possible 12 represents the club’s worst start to a Premier Division season since they were relegated from the top flight for the first time in 1999.

Last week’s 1-0 defeat at home to Bohemians was followed by a dressing room summit and Duffy is hoping that some home truths will jolt the Lilywhites into urgent action.

“Everyone knows we haven’t been good enough,” he said. “It’s not been the start we wanted and it’s a must-win for us on Saturday. We’ve put ourselves in an awful situation and we need to get out of it.

“We’ve usually been slow starters, but we’ve never been this bad. We’re showing glimpses of good phases and what we can do but it’s not good enough.

“We’re giving away sloppy goals and when we are playing well we’re killing ourselves. We’re letting teams back into the game and it’s just ‘here we go again’ kind of stuff.

“It needs to be a lot better from us. We know we can be better so hopefully, we can turn it around. It’s been a positive week this week and we can’t dwell on the first four games.” 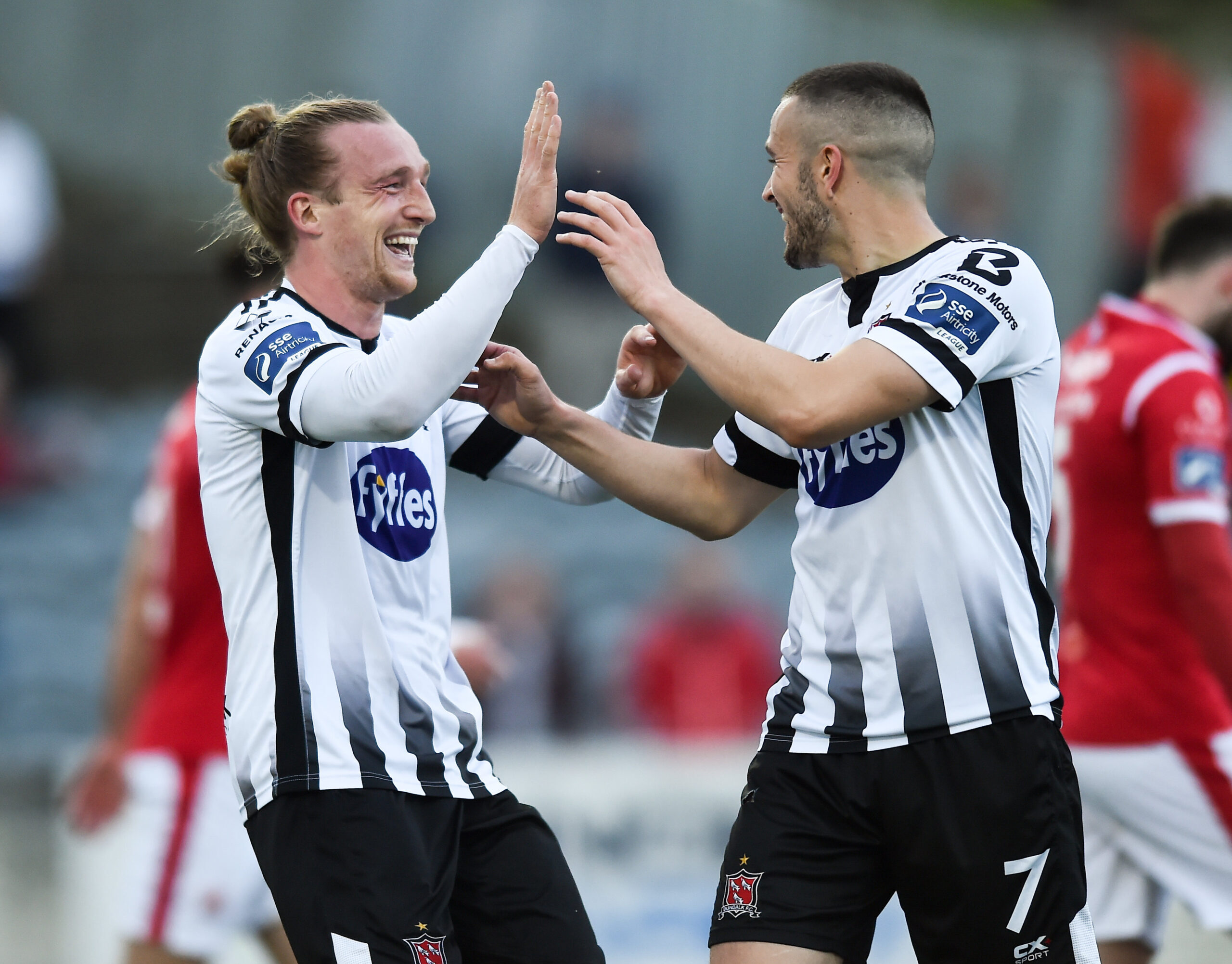 Saturday’s clash with table-topping Pat’s is the first of three games in the space of seven days and Duffy believes that a win over Stephen O’Donnell’s side could give Dundalk huge momentum.

“We’ve put ourselves in a situation that is definitely not ideal but there are three games this week and this could be a big turning point for us,” he said.

“We have a massive squad here and there are a lot of people battling for positions. Weeks like this could be good for us but we’ll just look at Pat’s first and take the other two games after that.

“Saturday is the main one and if we can get the win then it will put us into a good position going into the next two games against Derry City on Tuesday and Drogheda next weekend.”

The 26-year-old is likely to come into direct opposition with a very familiar face on Saturday evening. After nine years at Dundalk, John Mountney moved to Inchicore at the beginning of the season and has slotted in at right-back for his new employers.

“It will be weird coming up against him,” said Duffy. “I’m close with Mounts and obviously he was brilliant during the years he was at the club.

“He’s started off very well at St Pat’s so it’ll be a tough game for me but I’m looking forward to it.”