ARSENAL HAVE TOO MUCH FOR GUTSY LILYWHITES

ARSENAL HAVE TOO MUCH FOR GUTSY LILYWHITES

The curtain came down on Dundalk’s 2020 season on Thursday night with the Lilywhites producing a spirited display against English Premier League giants Arsenal in a six-goal thriller at the Dublin Arena.

First-half goals from Eddie Nketiah and Mohamed Elneny had the Londoners 2-0 up, however, another excellent Jordan Flores strike pulled Dundalk back into the game. Joe Willock’s close-range finish reopened Arsenal’s two-goal cushion before Folarin Balogun made it 4-1 but Sean Hoare pulled another one back for the FAI Cup winners with a late header.

Dundalk started the match well and stroked the ball around confidently but the guests took the lead in the 12th minute when Nketiah charged down an attempted Andy Boyle clearance to set himself through on goal and he lofted the ball over the onrushing Gary Rogers and when Mohamed Elneny unleashed a thunderous strike to the top right-hand corner of the Meathman’s net shortly after, it looked like a difficult night was in store for the FAI Cup winners. 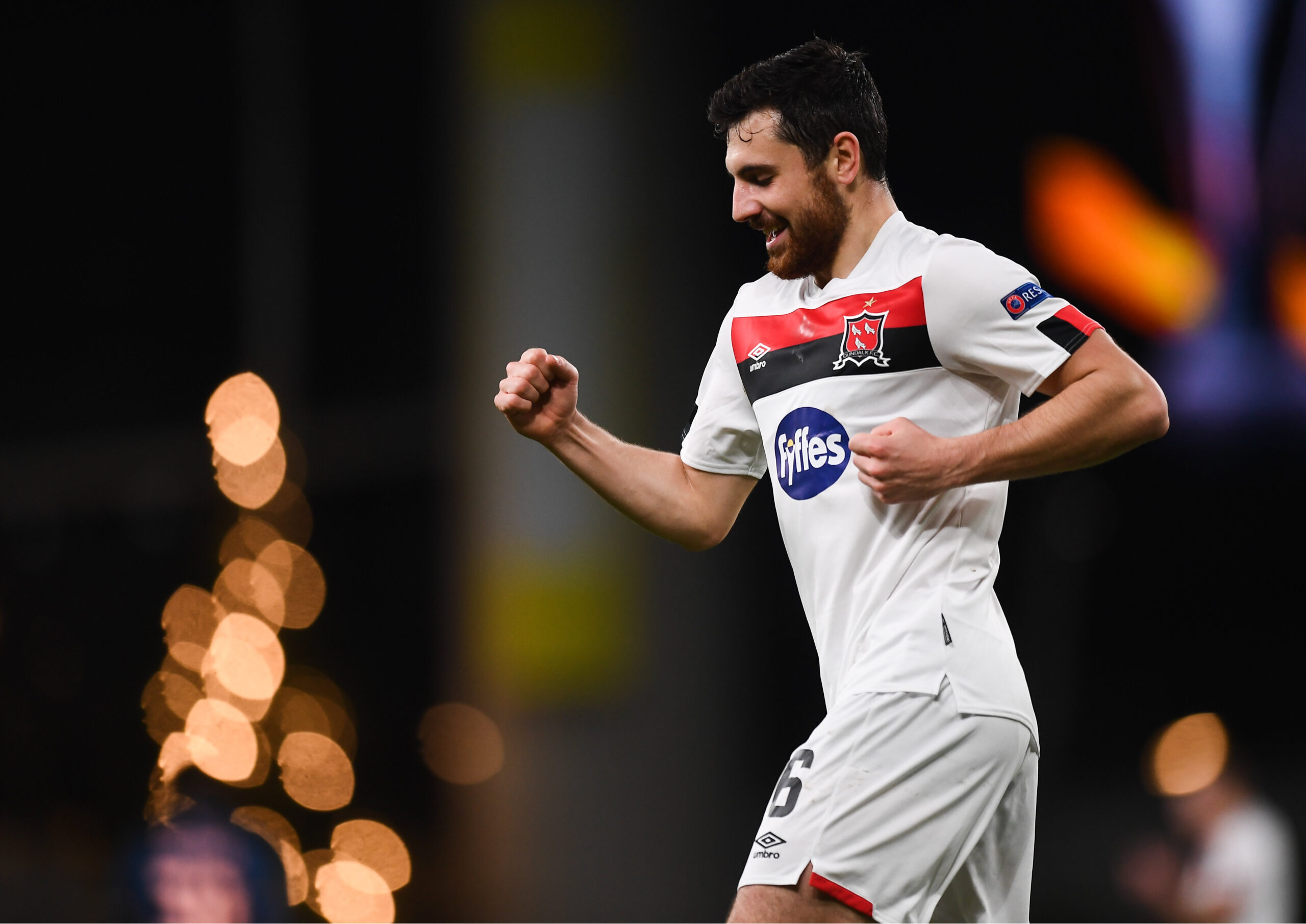 Nicolas Pepe squandered a chance to make it 3-0 when he shot off target from just outside the box and Dundalk hauled themselves back into the game when Sean Hoare stepped out from the back to play the ball to Jordan Flores and he played a delicious one-two with Michael Duffy, took a superb touch inside the box and fired to the net with his right-foot, giving Runarsson no chance.

Ainsley Maitland-Niles forced a good stop from Gary Rogers as the game headed towards the break and Dundalk should have gone into the dressing rooms on level terms when a wonderful Sean Gannon cross fell to Darragh Leahy in the six-yard area but the full-back’s goalbound effort was deflected over the Arsenal crossbar.

Things went a bit flat in the second half and Duffy got free down the left and Mikel Arteta’s side took control of things again with 25 minutes remaining when Joe Willock finished to the net, despite Rogers’ best efforts, after a nice lay-off from Folarin Balogun and the Gunners substitute made it 4-1 with a superb finish from just inside the 18-yard area. 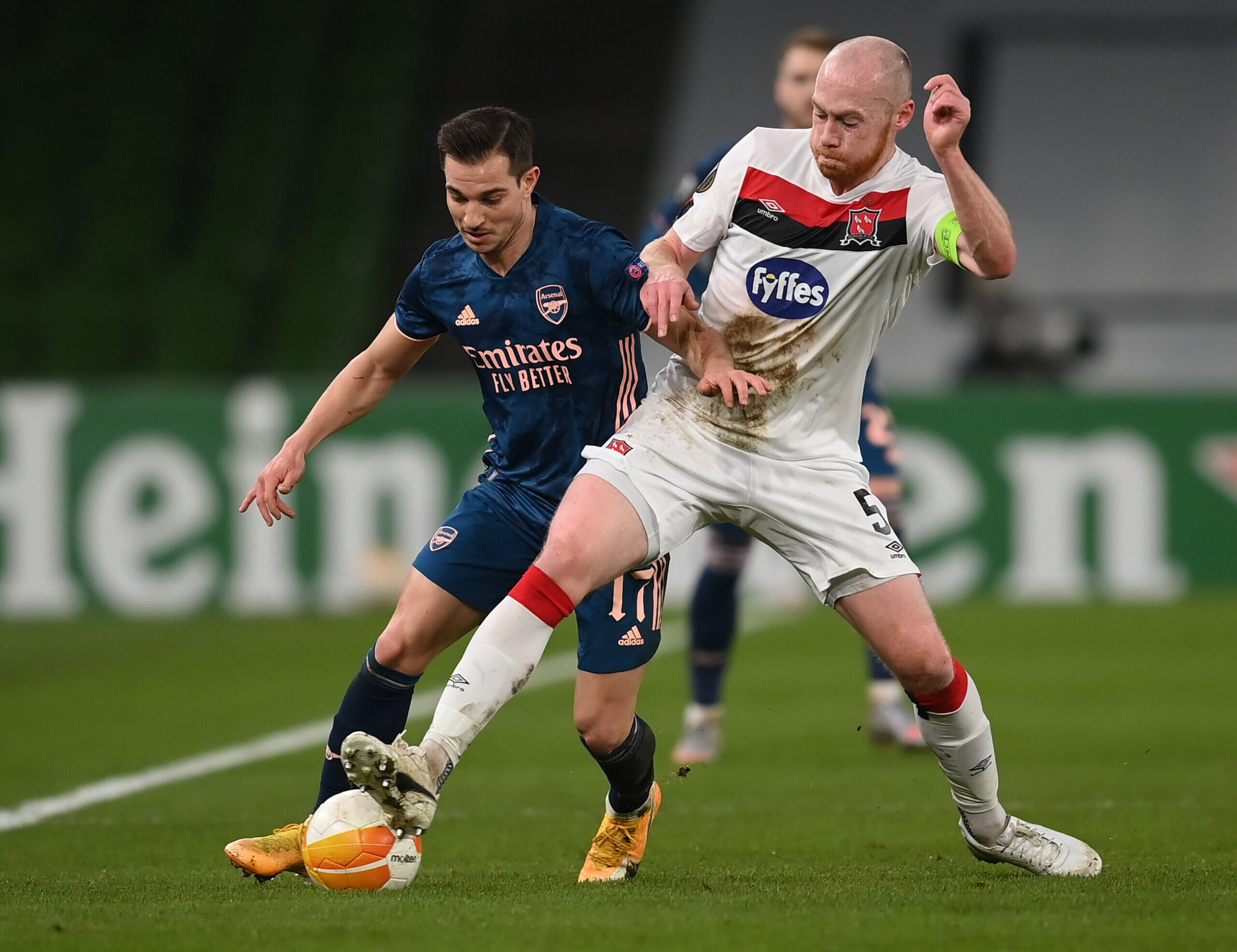 Dundalk, however, refused to throw in the towel and just as he did against Shamrock Rovers at the same venue four days earlier, Sean Hoare etched his name on the scoresheet when he rose to meet a Flores free-kick and power a brilliant header past the goalkeeper with five minutes remaining to grab a well-earned consolation for the SSE Airtricity League side.