We have been drawn away to Waterford FC in the quarter-finals of this year’s Extra.ie FAI Cup.

The tie is due to be played at the RSC on the week ending September 18th and will be settled on the night, with extra time and penalties to take place if required.

This will be the 18th time the clubs have met in the competition. The most famous meeting came back in 1979 when Dundalk beat the Blues in the FAI Cup final in front of 14,000 people at Dalymount Park. 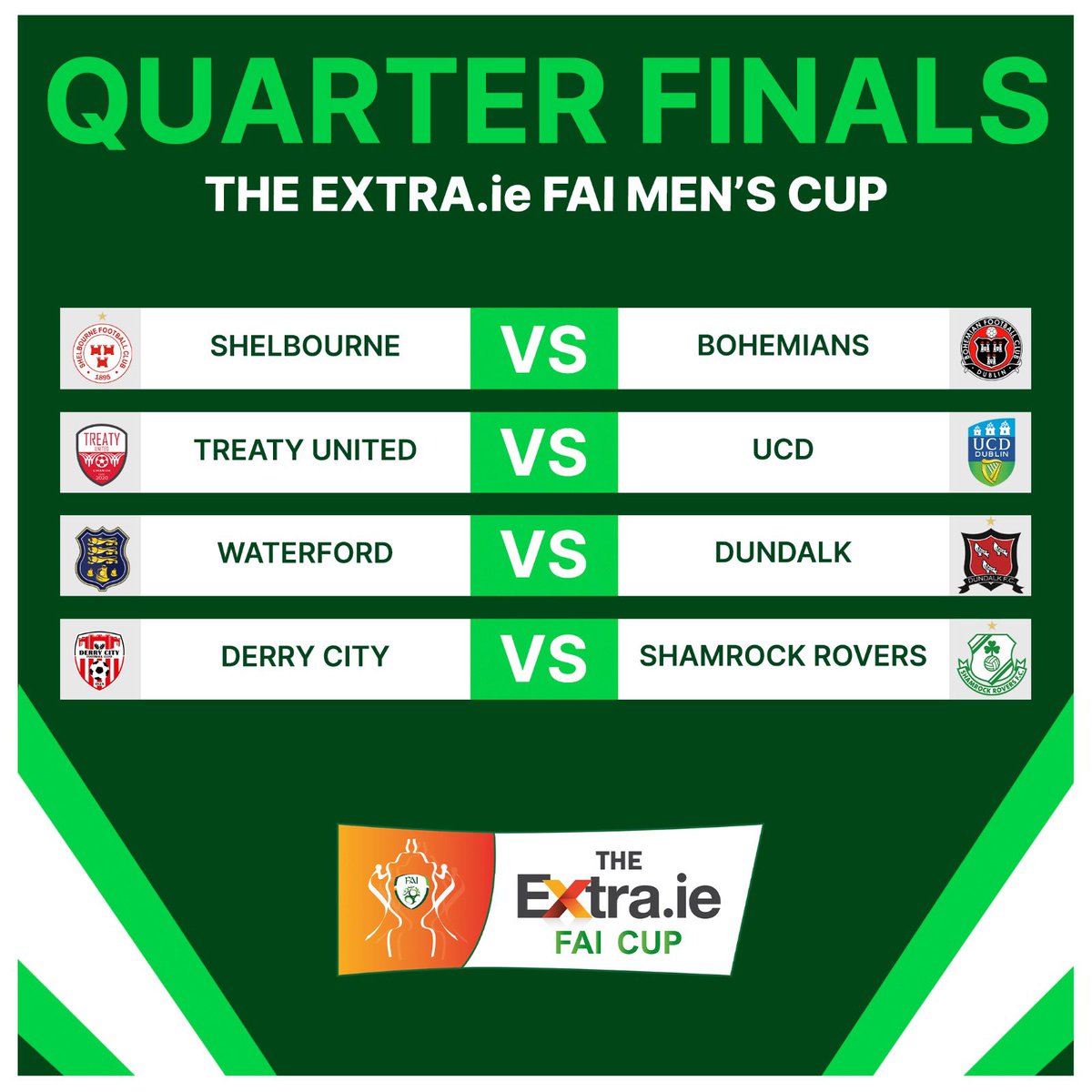 The last cup meeting between the sides took place in 2020 when Sean Hoare scored the only goal of the game in a first-round tie at Oriel Park which featured Sam Bone and John Martin in the Waterford line-up.

Bone also started for Waterford in the last cup tie between the sides at the RSC a year earlier when Daniel Kelly scored a 24-minute hat-trick (see picture at top of the page) as Dundalk ran out 3-1 winners at the quarter-final stage.

Dundalk have played at the RSC this season. Back in January, the sides met in a pre-season friendly with the hosts running out 2-1 winners.