Dundalk face back-to-back games at Richmond Park in October after being drawn away to St Patrick’s in the semi-finals of this year’s Extra.ie sponsored FAI Cup.

A date and kick-off time will be confirmed in due course but the semi-finals are scheduled to take place on the week ending Sunday, October 24th.

The Lilywhites are also pencilled in to face Stephen O’Donnell’s side in an SSE Airtricity League Premier Division fixture at Inchicore on Monday, October 25th.

Dundalk have already beaten Pat’s at Richmond Park this season; David McMillan scoring a brace in a 2-1 win in May, and Darragh Leahy said the draw held no fears for the Lilywhites. 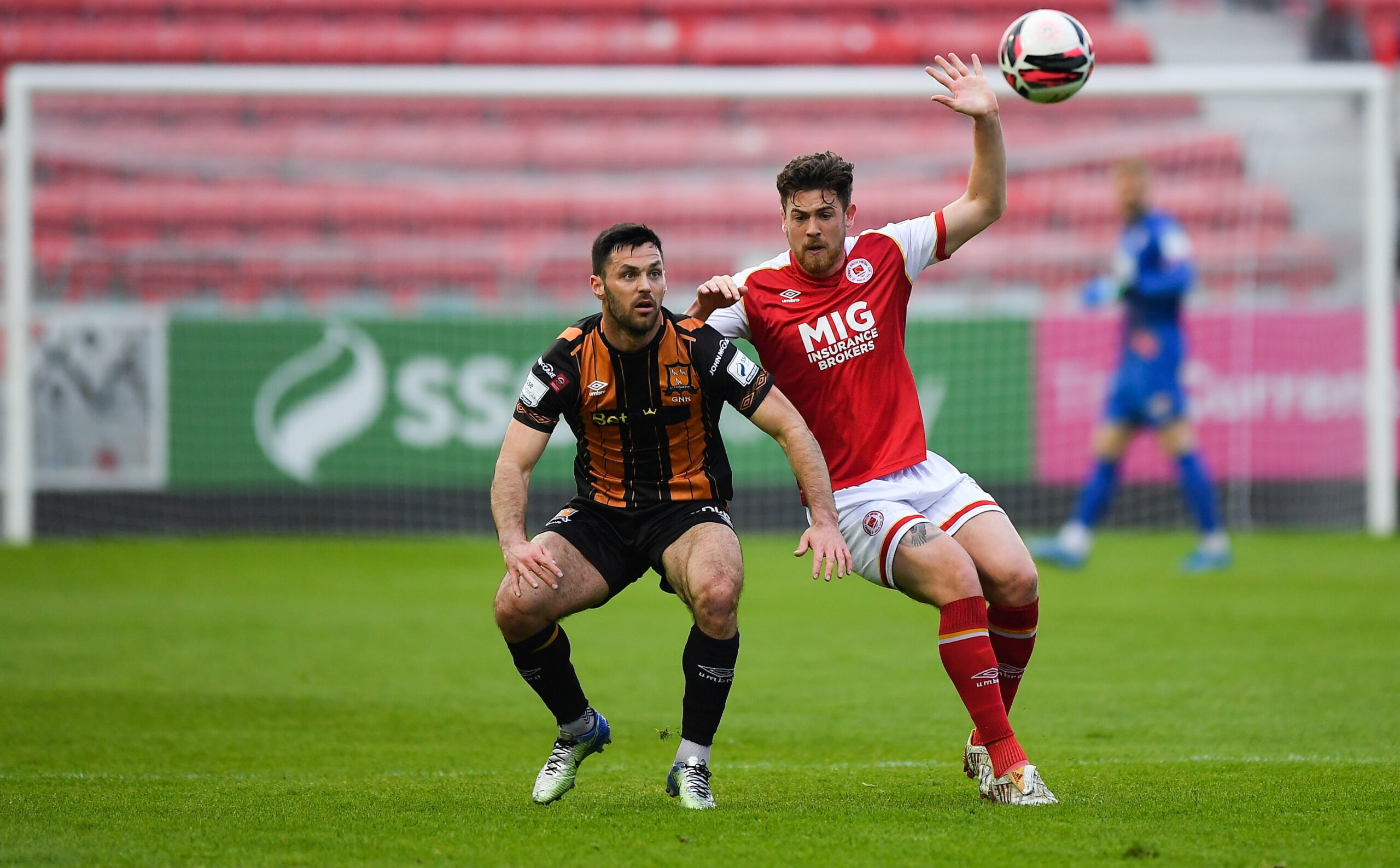 28 May 2021; Patrick Hoban in action against Sam Bone of St Patrick’s Athletic during the SSE Airtricity League Premier Division match at Richmond Park in May. Photo by Seb Daly/Sportsfile

“You’re always looking for a home game but it’s the semi-final of the cup so you’re not going to get an easy draw,” he said. “It won’t be an easy contest against Pat’s by any means but we’ll be looking forward to it.”

The draw, which was made on Friday night by former St Patrick’s Athletic winger Conan Byrne, will also see Bohemians face Waterford at Dalymount Park.

This will be the 19th time Dundalk and Pat’s have met in the competition. The most recent meeting came in 2012 when the Saints comfortably disposed of Dundalk in a one-sided semi-final at Oriel Park with Kenny Browne, Greg Bolger and Sean O’Connor all on target in a 3-0 win at Oriel Park.

The clubs also met at the semi-final stage in 1993 when Martin Lawlor scored the only goal of the game with a header to send Dundalk into their first-ever FAI Cup final at Lansdowne Road where they were beaten 1-0 by Shelbourne.