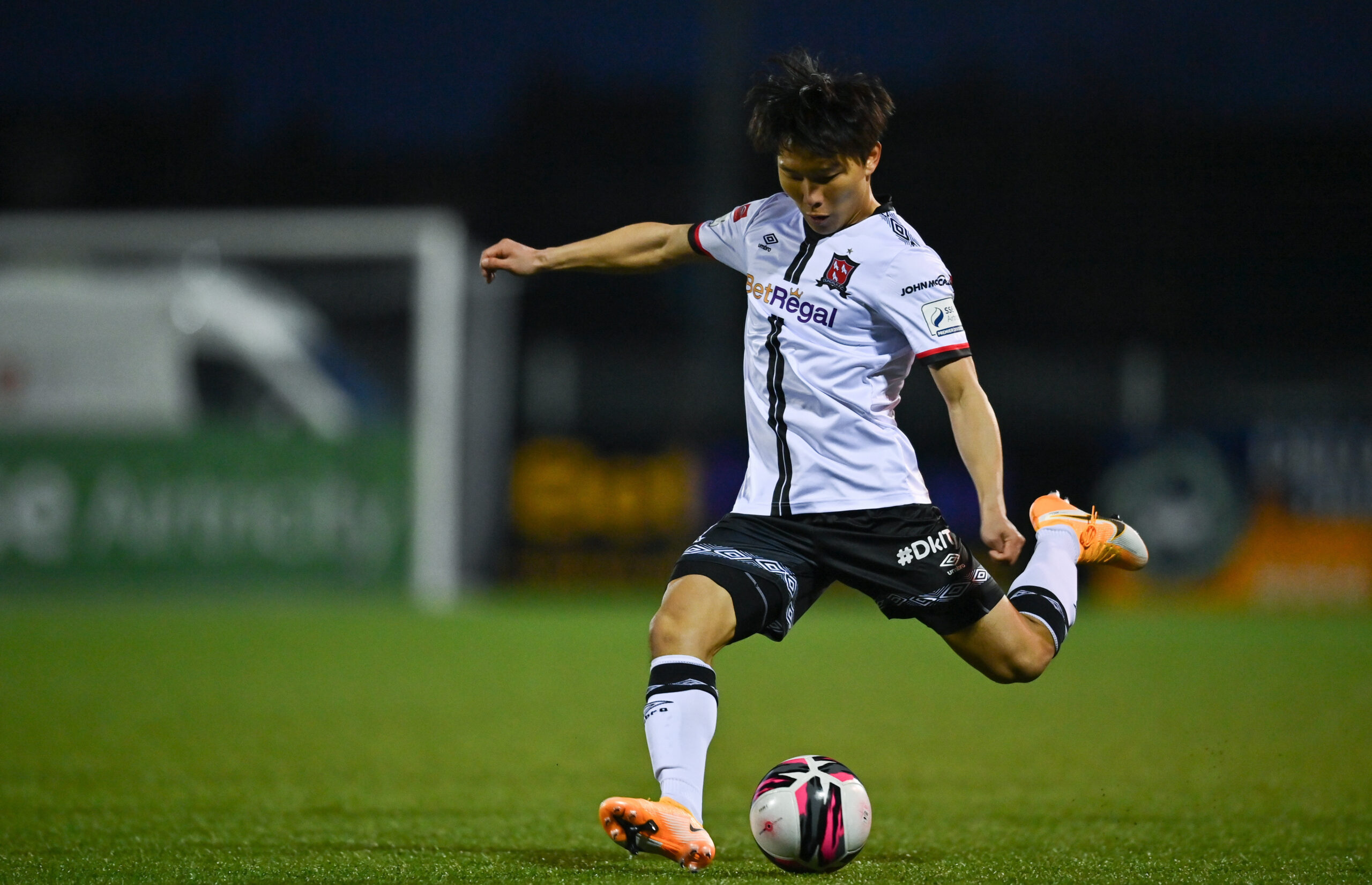 Han Jeongwoo became the first player from South Korea to play for Dundalk FC when he arrived at Oriel Park in March 2021.

The winger, who was born in Seoul, came from Suwon FC after helping them secure the runner-up spot, and promotion, from the K League 2 in 2020.

Capped at U19 and U22 level for South Korea, Han made his senior debut while at Soongsil University in Seoul in 2018. He then made the move to Kazakhstan to join Kazakh Premier League side Kairat Almaty, who went on to finish second in the league behind Astana.

After a year in Kazakhstan, he returned home to join K League 2 side Suwon FC. He went on to make 17 league appearances as Suwon FC were promoted to the K League 1 via the play-offs before departing in January.

“I am very excited to be in Ireland for the first time in my life,” said Han after completing his move to the League of Ireland. “I hope I can do really well with my teammates and I’m looking forward to training and playing with them.

“All players dream of playing in Europe,” he added, “and when they see this news, Korean fans will be very surprised. I was in Kazakhstan before and now I’m in Ireland and I believe I have to prove myself here. I’ll show people I have the ability to survive in this league and to play in Europe.”