Han Jeongwoo was full of praise for his teammates after the Lilywhites’ first win of the season against Drogheda United in the Louth Derby on Saturday.

Han became the first-ever South Korean to score for Dundalk – and the first from his country to score in the League of Ireland since 2011 – when he stole in at the far post to knock home a David McMillan cross and secure a big win for the Lilywhites.

And speaking to dundalkfc.com after the game, the 22-year-old was full of praise for his teammates and singled out McMillan, in particular, who scored Dundalk’s first goal with a fantastic header.

“The first goal was great,” said Han. “David’s finish was excellent and with his ability, I trust him to help me.” 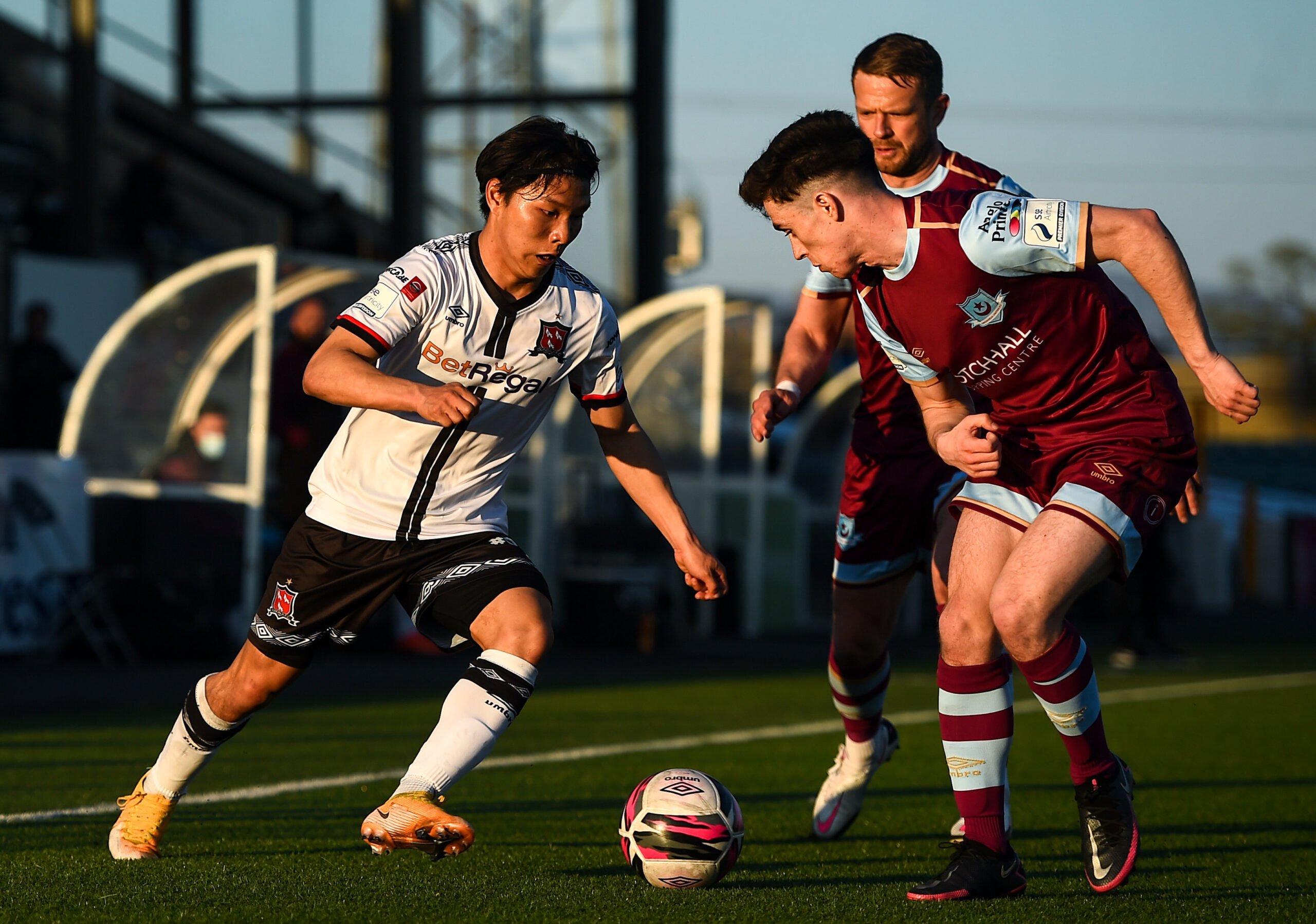 The Lilywhites number 77 felt that the side’s first-half performance was their most impressive of the season to date and said it was important that Dundalk used the win to build momentum.

“This was the best we’ve played this season,” said Han. “We were ready for the game. In the build-up, all of my teammates and the coaches said that we had to be more aggressive, had to have more quality in our passing and in our attacking and we were good at that.

“This is a start for us,” he added. “It’s like stairs. We have one step then the next step. We enjoyed today, then tomorrow we have more work to do.”

And after scoring his first goal in black and white, the former Suwon FC player is hoping to build on it with more goals over the coming weeks and months.

“First of all, I’m so happy to win the game, and I’m so happy to score. I want more and I’m going to score more. Every teammate congratulated me and I want to say thank you to them.”