The Lilywhites travel to Tallaght next Friday night to take on reigning champions Shamrock Rovers in a televised encounter before welcoming Bohemians and St Patrick’s Athletic to Oriel Park in quick succession.

A return of one point from six represents the club’s worst start to a season since 2012 and, speaking after the defeat to Harps, Keegan said it was time for everyone at the club to dig in and turn things around.

“No disrespect to Finn Harps, we needed to pick up three points tonight and we just didn’t do it,” he said. “I could give you about 10 different reasons – slash excuses – why that was but the simple fact is we didn’t and the result just isn’t good enough.

“We have to figure out why that was and we have to work so hard over the next week, in terms of effort on and off the training ground, and we need to engage the brains as a collective and make sure we are a lot, lot better next week. 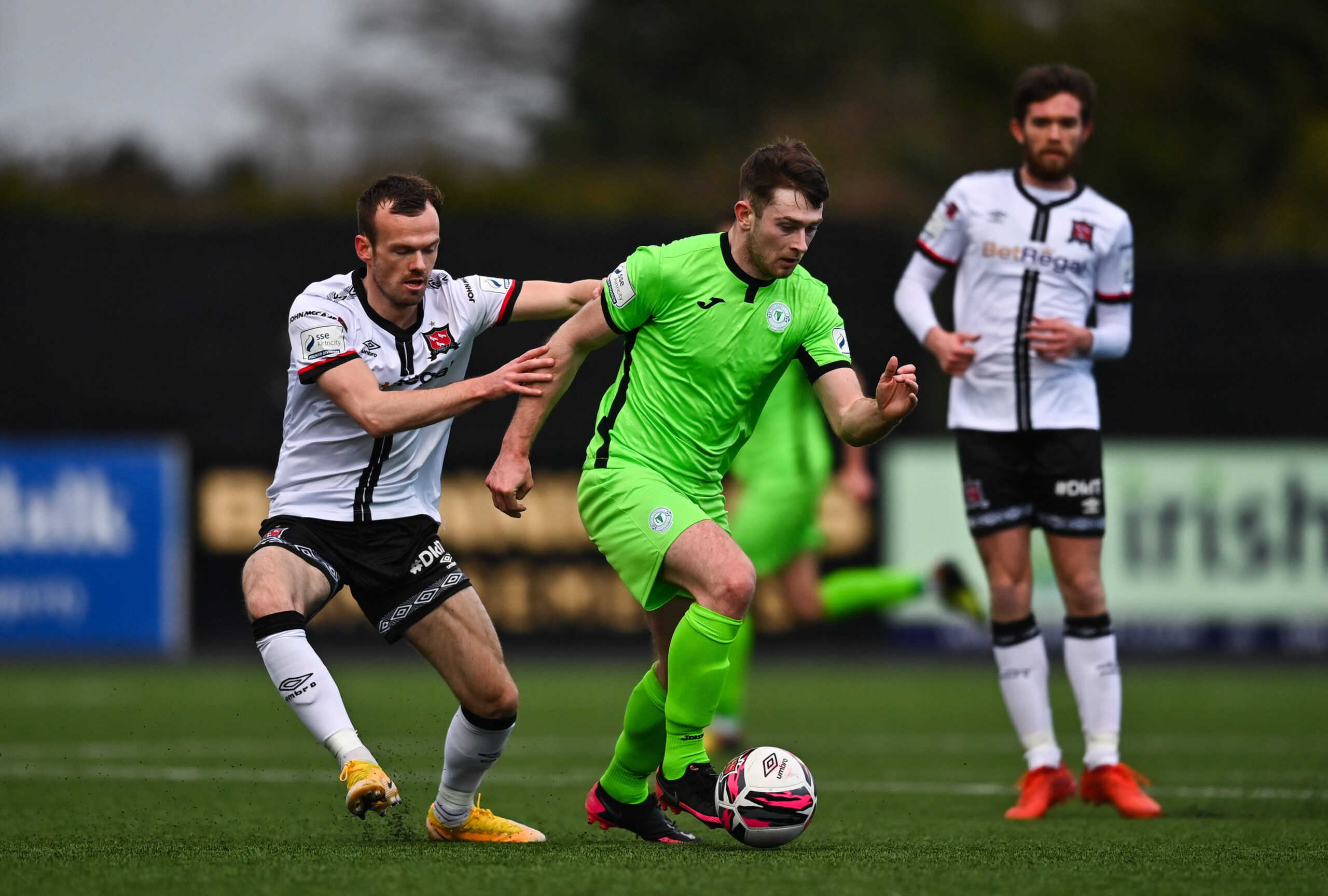 “The opening fixtures have been difficult and it’s not going to get any easier. We have Rovers, Bohs and St Pat’s in our next three games which is as tough a run as you’ll get so we have zero time to be feeling sorry for ourselves. We need to get down to business and fix this straight away.”

A lacklustre first half ended with Harps holding a one-goal advantage after Adam Foley forced Alessio Abibi into a mistake just two minutes before the interval. Prior to that, Dundalk enjoyed most of the ball but found it difficult against a well-marshaled Harps backline.

“Half an hour into it, Ollie Horgan was screaming at his players to get into the game,” said Keegan “I thought we dominated it in the first two-thirds of the pitch without creating a whole lot. We’re well aware of that.”

“The first goal was a mistake by Alessio but over the course of a season that will happen,” said Keegan. “It wasn’t that incident that won us or lost us the game. We still should have had enough about us to put it behind us.

“In Sligo last week, Alessio won us a point with a couple of great saves in the  final 20 minutes and we won the President’s Cup a week before that because of Alessio so he will recover from this.” 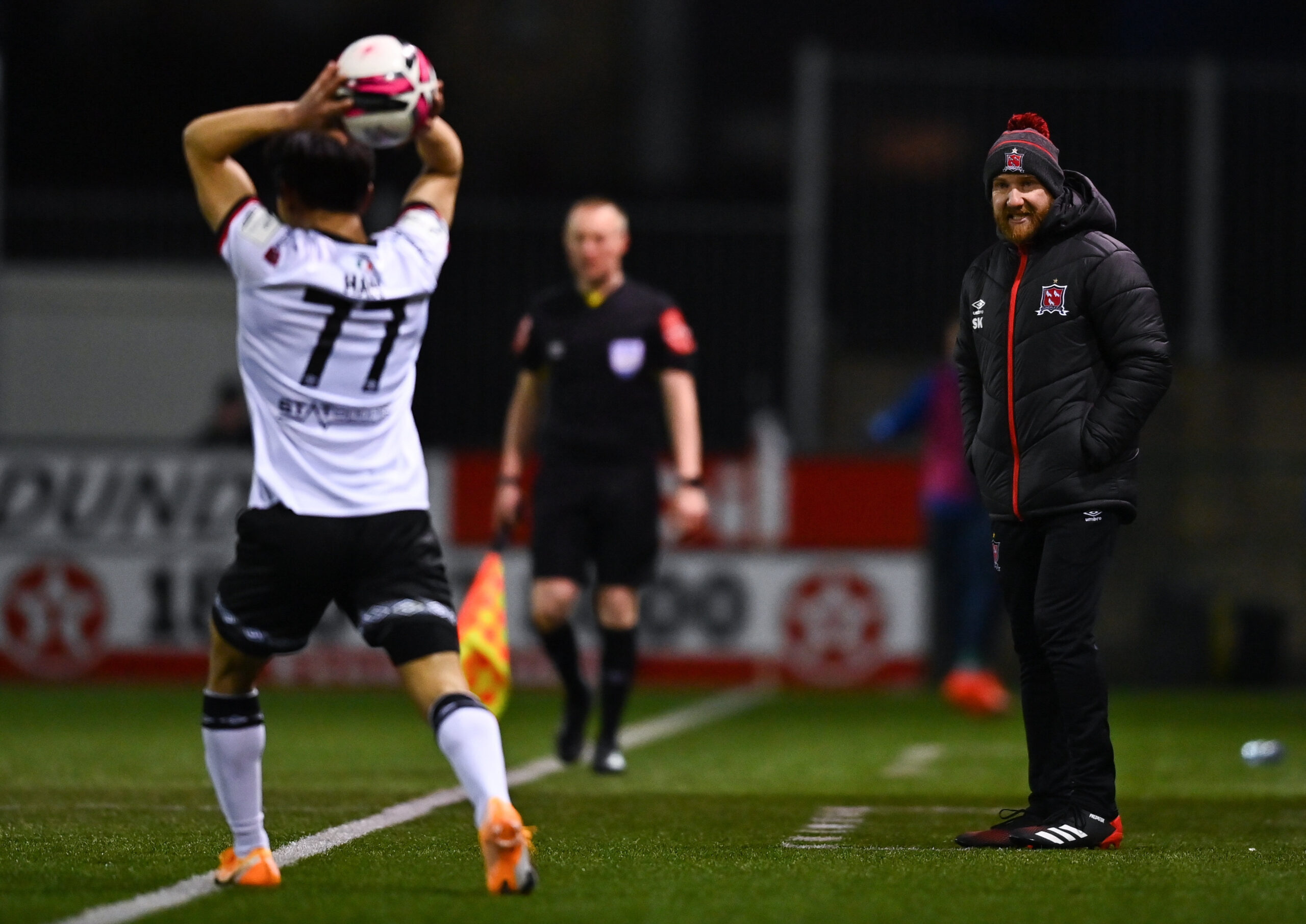 The half-time introduction of Ryan O’Kane and Jesus Perez paid dividends as Patrick Hoban rose to head home a 48th-minute equaliser and the Dundalk striker then saw a diving header brilliantly saved by Mark McGinley and a late overhead kick come back off the post.

“In the second half we looked a lot more alive and creative going forward and the chances came. When Pat equalised I could only see one result and on another night, he would have had a hat-trick,” he added. “The stop McGinley made was incredible. I was in mid-air celebrating a goal.”

Despite the increase in tempo, Dundalk were floored in the 64th minute when Foley broke through the middle and casually slotted the ball past Abibi. “We were sucker-punched by a ridiculous goal on the counter-attack,” said Keegan. “I don’t understand how we can give a goal like that away.”

New signing Han Jeongwoo was introduced late on as Dundalk tried to force a way back into things and Keegan felt that the Korean, along with fellow debutants O’Kane and Perez offered real glimpses of positivity.

“Ryan’s enthusiasm is infectious. He just wants the ball all of the time to run at people and he was outstanding when he came on. He gave us a real impetus and Chino also gave us something different in the final third.

“Han also looked very good in the short time that he was on the pitch. His deliveries were excellent and he gave us balance on the left. He’s a player that will make a big impact going forward.”