We are delighted to announce the signing of Norwegian winger Runar Hauge from Hibernian on a loan deal until the end of the season.

The 20-year-old becomes our second signing of the summer transfer window following the arrival of Robbie McCourt from Sligo Rovers and will wear the number 22 shirt at Oriel Park.

“I’m excited and I’m looking forward to getting started,” said Hauge. “I can see that we are still fighting for the title and I want to help the team to try and win the league and the cup. As a player, you want to win things and I am coming to a top club in Ireland to try and do that.

“I’m a wide player, a winger, and I love to attack, get in the box and create chances for my teammates. I’m an attacking player so I hope the fans will be excited to watch me.”

A native of Bodo in Norway, Runar is the younger brother of Jens Petter Hauge, who came on as a substitute in Eintracht Frankfurt’s UEFA Europa League final win over Rangers in May.

Like his older sibling, Runar came through the ranks at Bodo/Glimt and made his first-team debut for the club as a 16-year-old. He continued his development with loan spells at IL Stjørdals/Blink and Grorud Idrettslag before moving to Scotland in January.

He made his Hibs bow in a 0-0 draw against Dundee in March and recently took part in the first team’s pre-season camp in the Algarve. 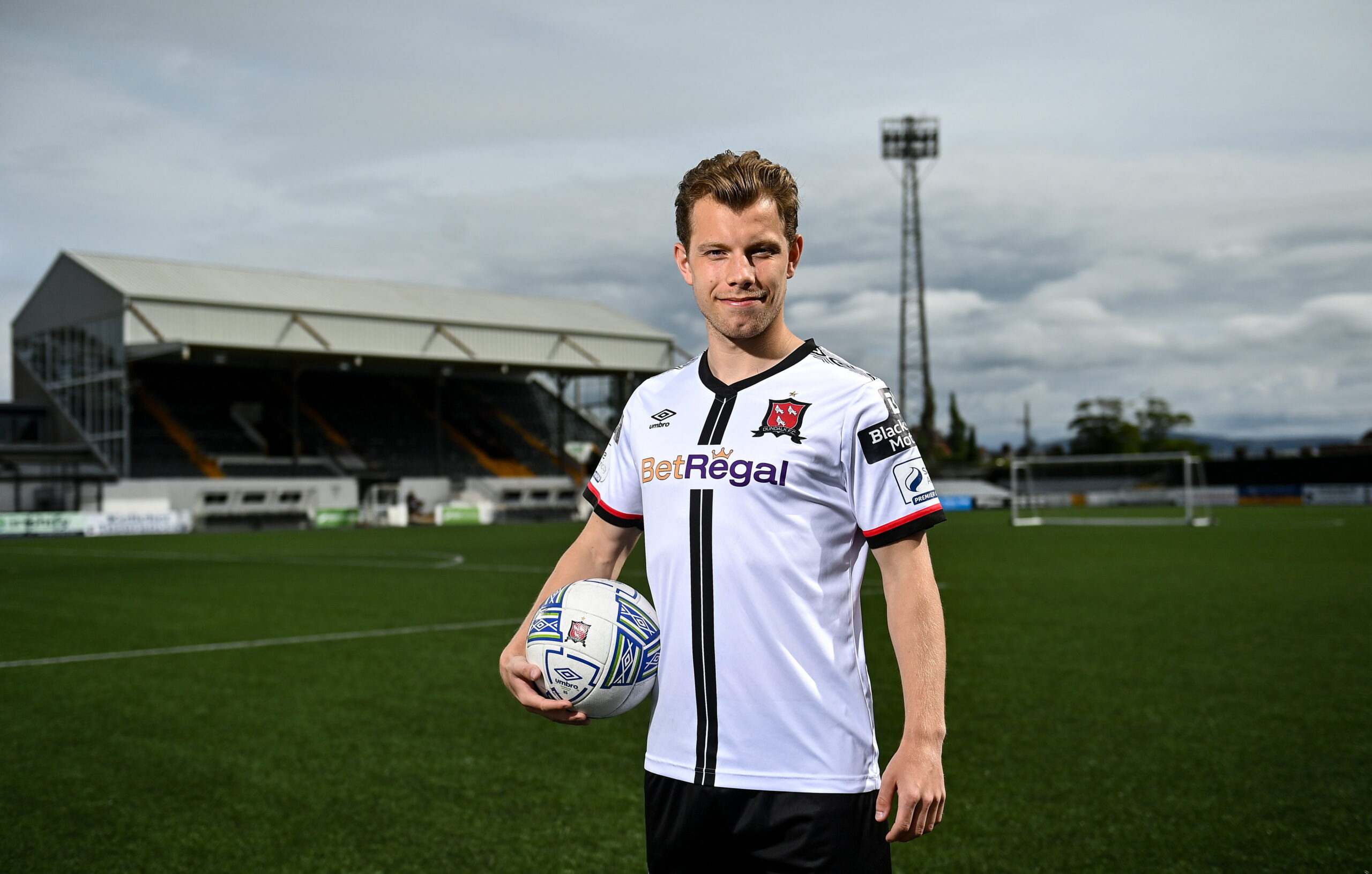 “I met Steven once and then he left for Dundalk so I don’t know him too well but I’m looking forward to getting to know him now,” said Hauge.

“In Edinburgh, I lived where Steven used to live before so we have been watching his games, especially at the beginning of the season when he was scoring all those goals.”

“Runar is a winger that can play on both sides,” he said. “He’s dynamic, he’s quick and he has real dynamism and explosiveness. He will give us great variety and a bit more depth on the sides. He has an unbelievable work ethic, is a strong runner and has good feet in one-on-one situations.

“Scandanavians have a brilliant attitude and Runar just wanted to come somewhere where he can play which is a great sign. I don’t think he would have known much about the League of Ireland but he just wants a platform to play games and we can provide that.”