Dundalk make the trip to Wexford for the first time in six years on Friday night with a place in the quarter-finals of the Extra.ie FAI Cup up for grabs.

The Lilywhites have a good record at Ferrycarrig Park. In the seven previous encounters between the sides in the sunny southeast, Dundalk have won five, drawn one and lost just once.

Overall, the record makes for even better reading. Since the first meeting between the clubs in 2007, Dundalk’s record stands at P13 W11 D1 L1 F32 A7.

After Dublin City went bust in 2006, Wexford were admitted to the first division along with Limerick 37 as the FAI looked to shake up the league and they made an impressive start to life in the League of Ireland.

Dundalk controlled the game from the off but didn’t make the breakthrough until the 66th minute when John Flanagan headed home the opener. Further goals from Anto Flood, a Patsy Malone own goal and Keith Dunne moved Dundalk top of the Division One table. 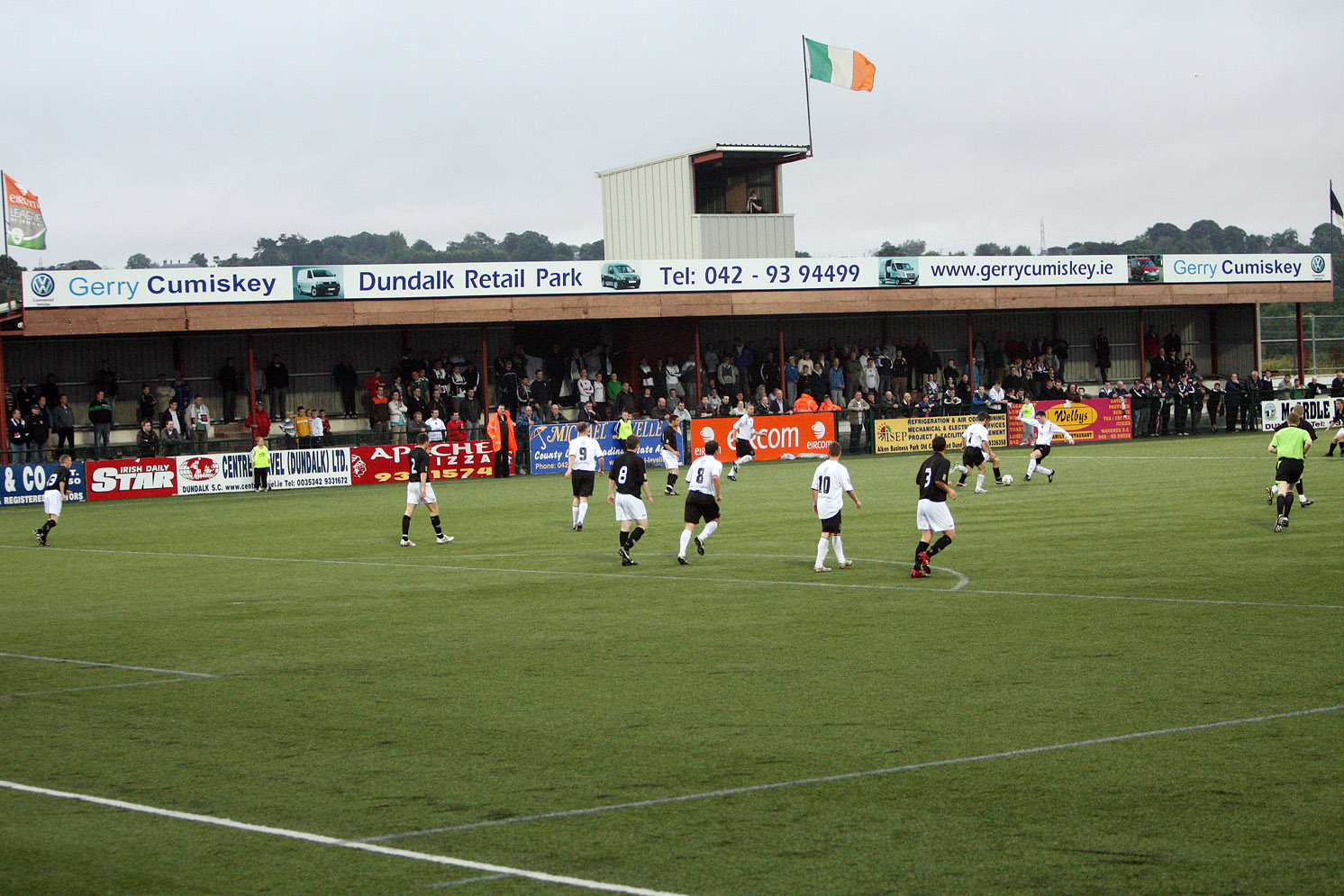 2008: Action from the Eircom League Division One clash between Dundalk and Wexford Youths at Oriel Park. Photo by Mick Slevin

Dundalk’s first visit to Ferrycarrig Park in Newcastle came two months later in June 2007 when a brace from Shaun Williams and a Joey Wadding own goal secured Gill’s side a 3-0 win and Trevor Vaughan’s brace continued Dundalk’s 100% record with a 2-0 win over Wexford at Oriel in August.

A large travelling support made the journey to Newcastle in November for something of a meaningless encounter in the penultimate league game of the season. With a promotion playoff on the horizon, Dundalk made the trip looking to build momentum but the long journey home was a frustrating one after a disappointing 0-0 draw.

John Flanagan and Robbie Martin found the back of the net at Oriel Park as Dundalk won the first of four meetings during the promotion-winning 2008 season. Ian Ryan, the current Wexford manager, lined out at centre-back for Dundalk in the 2-1 win.

The second fixture, at Ferrycarrig Park in May, was a memorable one as Trevor Vaughan helped himself to a hat-trick to take his League of Ireland goal tally to 101. The pick of the goals was a sensational effort from the halfway line. If you were there, you’ll remember it well! Jamie Duffy and Paul Smyth also found their way onto the scoresheet.

Tiarnan Mulvenna was the match winner at Oriel Park in July as the Lilywhites eked out a 1-0 win but storm clouds were gathering in October when Mick Wallace’s side almost derailed Dundalk’s promotion bid with a 3-1 win at Ferrycarrig Park, their first, and only win to date, against the Lilywhites. 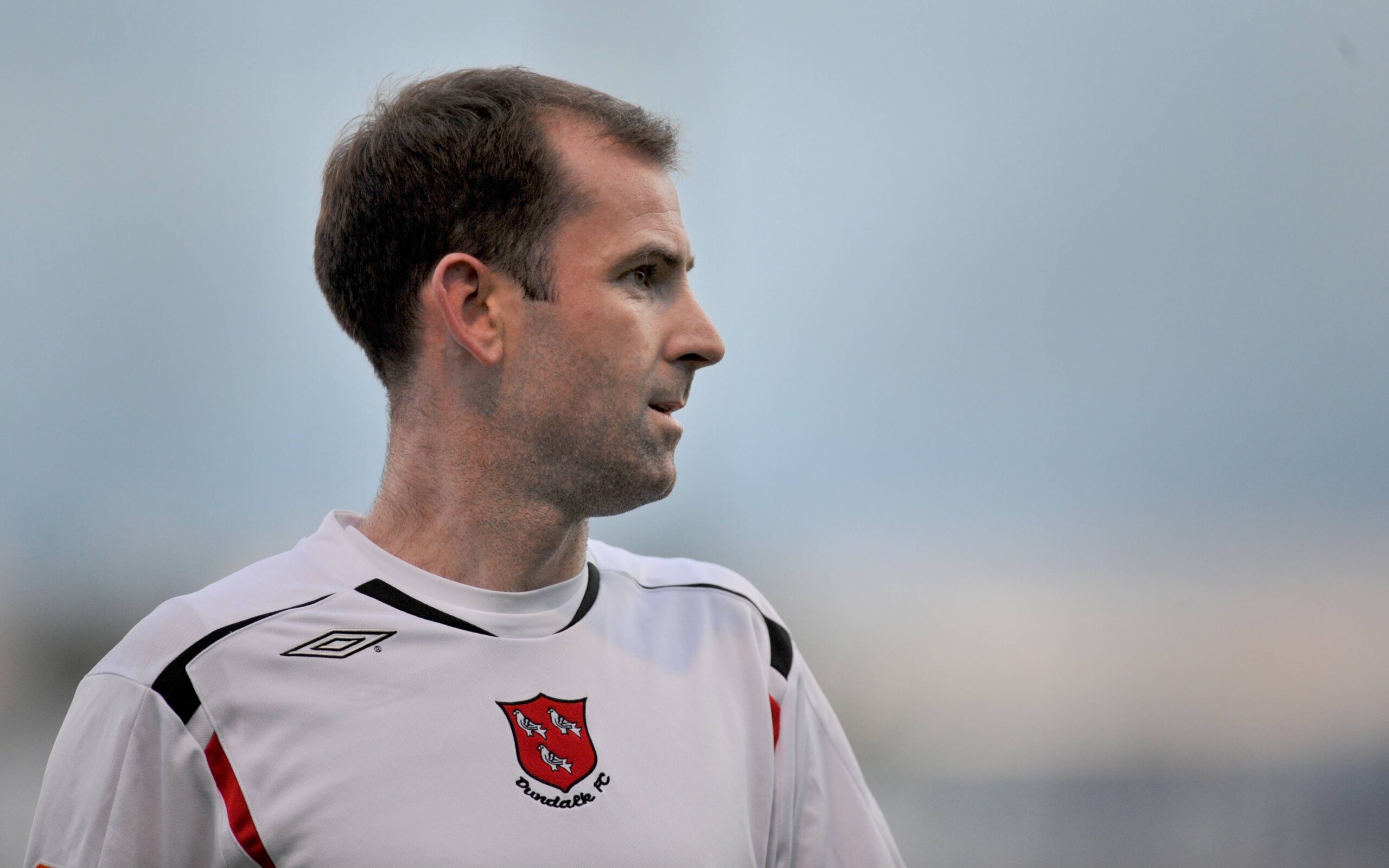 Gavin Doyle put the hosts ahead in the 10th minute before Danny Furlong, who crushed Dundalk’s hopes of winning the FAI Youth Cup by scoring all four goals in the final at Ferrycarrig Park two months earlier, made it 2-0 just five minutes later.

Doyle ended the game as a contest with a third before the break before Mulvenna pulled one back late on for a disjointed Dundalk side who recovered to win promotion on the final day of the season in Kildare.

There was a six-year gap before the next competitive meeting – an EA SPORTS Cup semi-final tie – took place at Oriel Park on the August Bank Holiday in 2014.

Marc Griffin opened the scoring for Dundalk before three of the current squad; Keith Ward, John Mountney and David McMillan (2) completed the rout. The Lilywhites went on to beat Shamrock Rovers in the final. 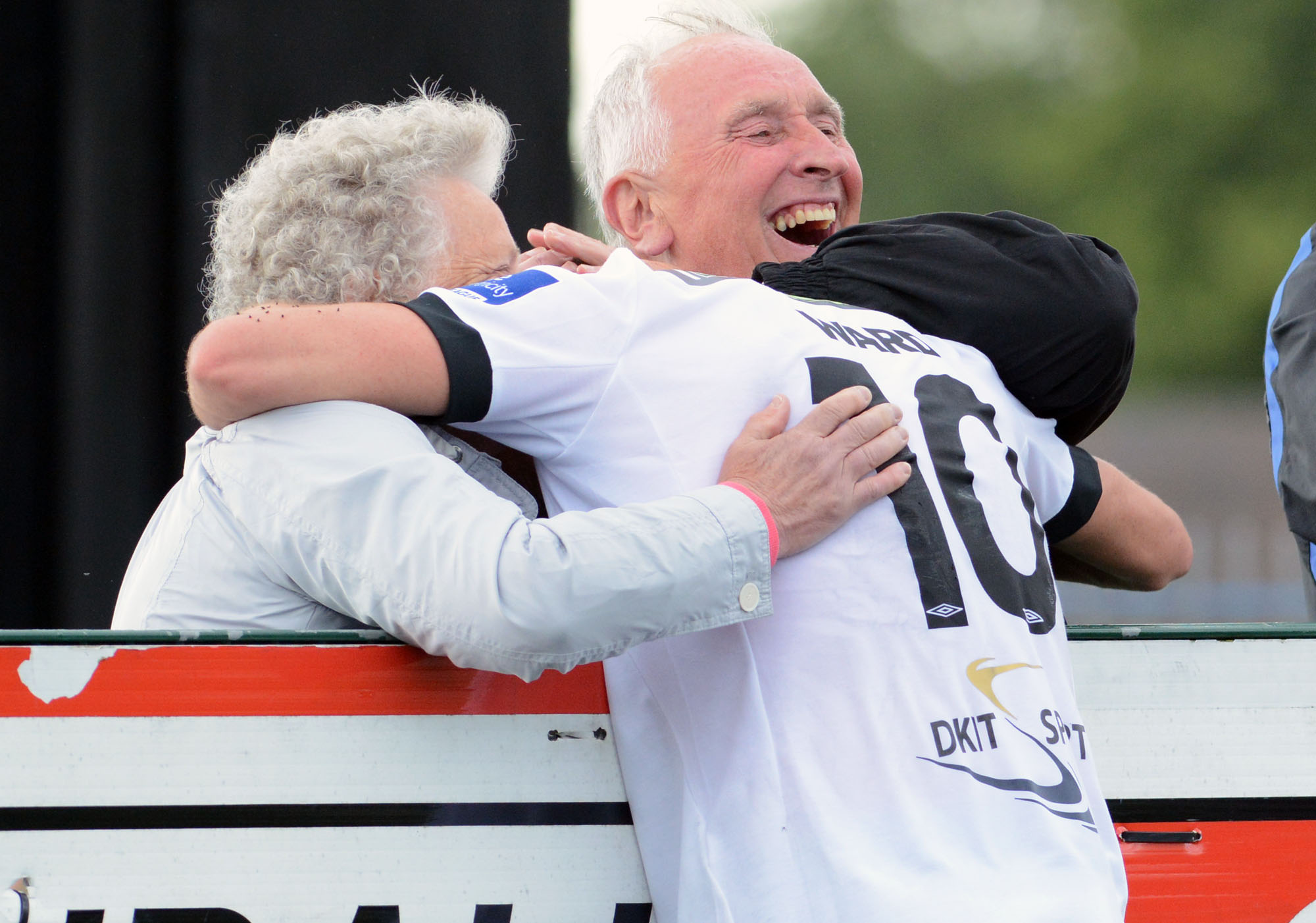 Stephen Kenny’s men went on to land another piece of silverware after disposing of Wexford in the quarter-final of the Leinster Senior Cup at Ferrycarrig Park a year later.

Dundalk took the lead after 17 minutes when Kurtis Byrne and captain Darren Meenan combined to set up Ciaran O’Connor for the opener before Shane Grimes took centerstage, scoring twice to seal a 3-0 win!

2016 was the last time the clubs met in league action. McMillan and Ciaran Kilduff did the damage at Ferrycarrig Park in March of that year as Dundalk left with a hard-fought 2-1 win under their belts.

Things were even tighter in the second game at Oriel Park in May. Wexford, under the management of Shane Keegan, went ahead twice before Darren Meenan equalised with 13 minutes to play. It looked like the spoils were going to be shared until Patrick McEleney popped up with a late, late winner in stoppage time to break Wexford’s hearts. 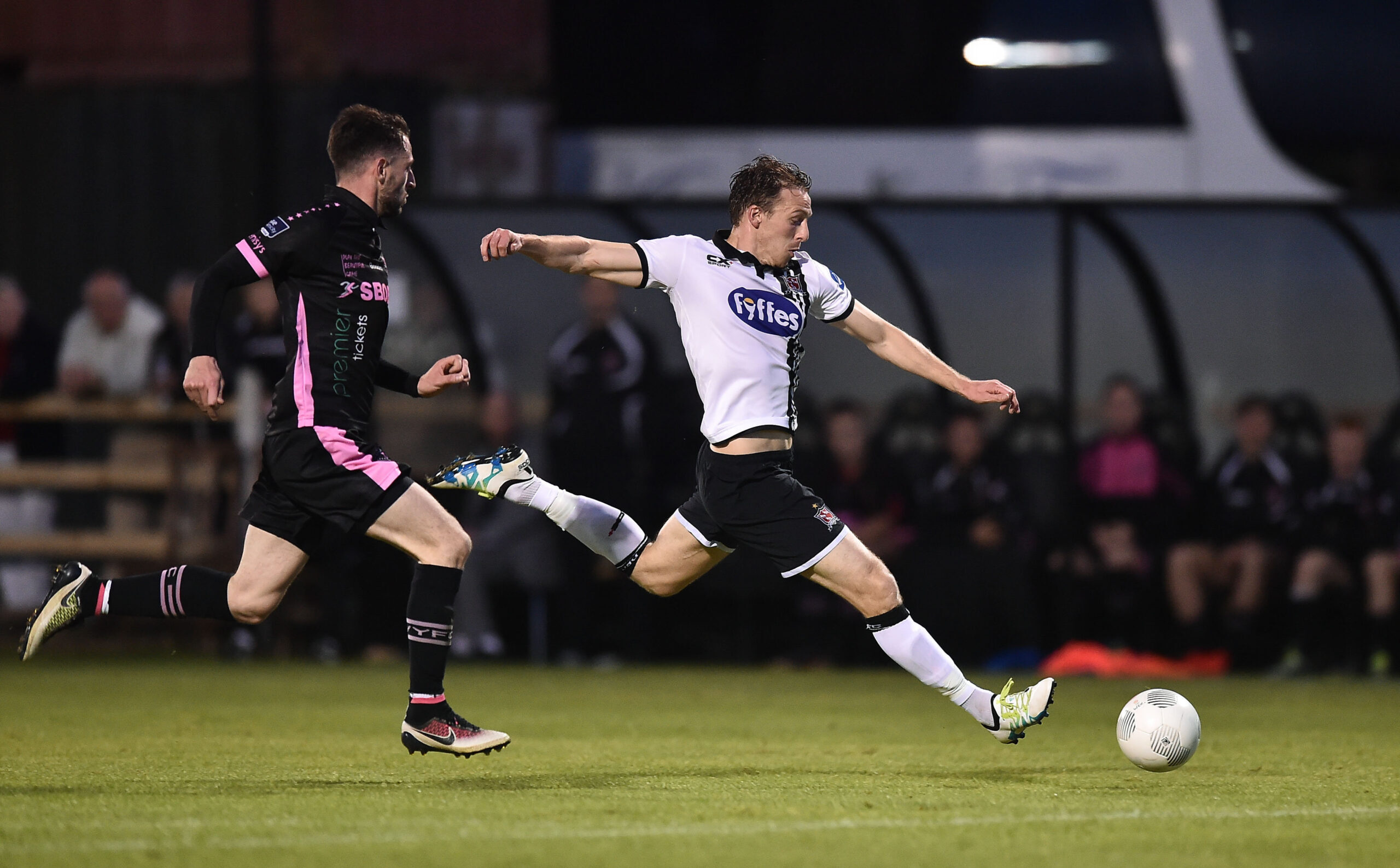 2016; David McMillan scores the only goal against Wexford Youths at Ferrycarrig Park. Photo by David Maher/Sportsfile

McMillan scored the only goal of the game in our last visit to Wexford – almost six years ago today – on August 26th, 2016. Taking control of a deflection, the striker sped away on the inside left before angling a great finish into the far corner of the net with 39 minutes played.

Five of the current squad, McMillan, Brian Gartland, Andy Boyle, Robbie Benson and John Mountney, all started while Stephen O’Donnell captained the side in a fixture that was played just three days after the Champions League playoff tie with Legia Warsaw in Poland.