Junior Ogedi-Uzokwe is hoping that the latest chapter in his League of Ireland story is the most successful yet as he prepares to face one of his old clubs in Dundalk’s SSE Airtricity League opener.

The 27-year-old returns to Sligo Rovers on Saturday evening as the Lilywhites kick-off their 2021 SSE Airtricity League campaign with a tricky-looking fixture at The Showgrounds.

And after helping both Derry City and the Bit o’Red to European football over the past couple of seasons, Junior is looking forward to coming under the spotlight after completing a move to Oriel Park.

“I see it as a good pressure,” he replied when asked about the expectations of delivering trophies. “It’s better when the pressure is on to win and you’re not thinking about the pressures of getting relegated or stuff like that so, yeah, I’m looking forward to the challenge and the pressure of winning.”

The Londoner forged a reputation in the Republic of Ireland thanks to his exploits on loan at Derry City in 2019, a campaign in which he finished as the Airtricity League’s top goalscorer with 14 goals, helping the Candystripes to a place in the top four.

His exploits at the Brandywell attracted attention from abroad and after leaving his parent club Colchester United, he moved to Hapoel Hadera at the beginning of last year. However, just five games later, his time in Israel was cut short as a result of the COVID-19 pandemic. 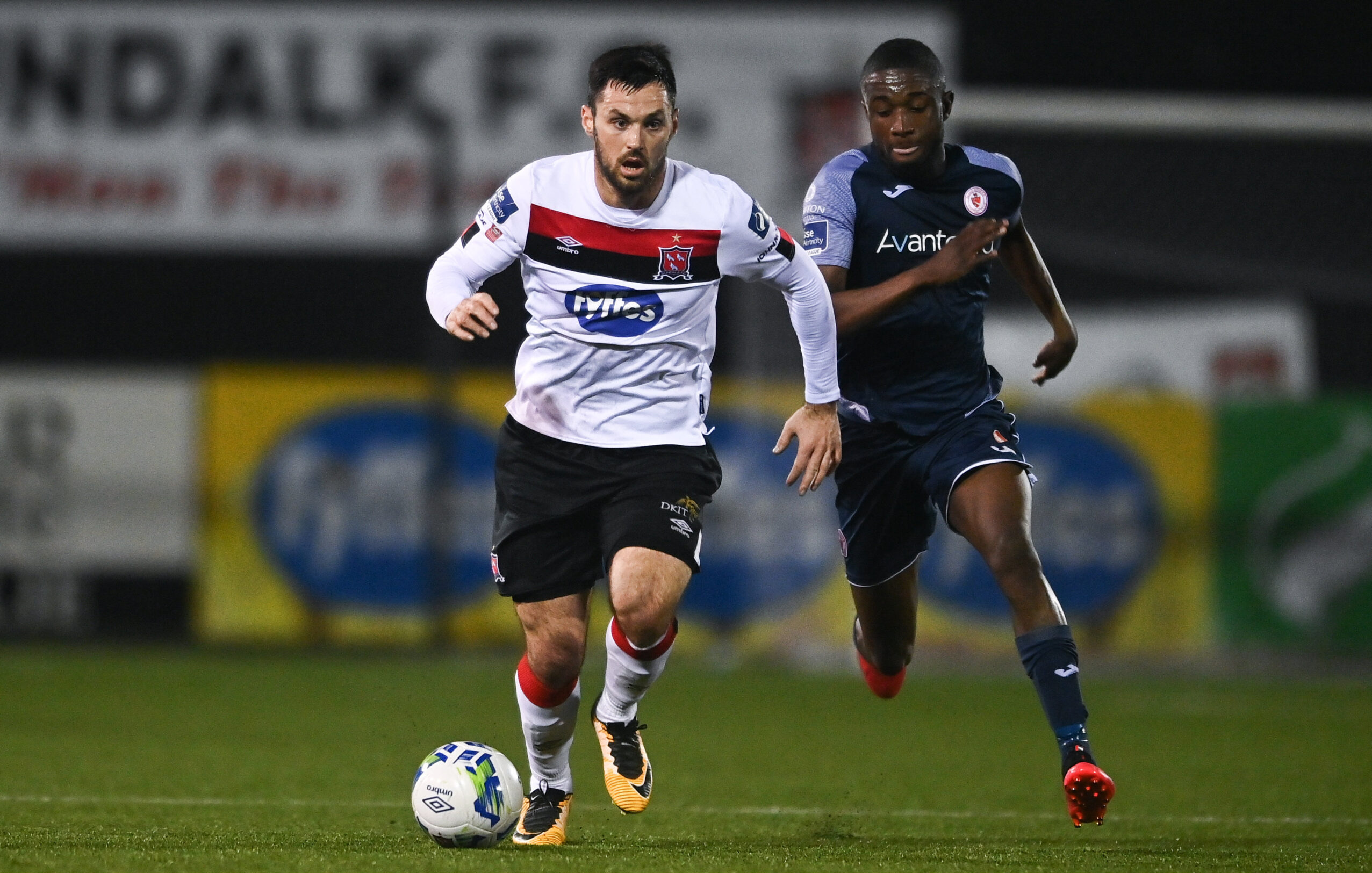 He returned to the UK and reappeared in the League of Ireland last summer when he joined Sligo Rovers. There, he made 12 appearances – and scored against Dundalk – as Liam Buckley’s side finished fourth and qualified for Europe.

“I enjoyed my time at Sligo,” said Junior. “We achieved a lot to be fair and it was a good experience. It was different. There were no crowds so it was a thing where we just had to motivate ourselves.

“As a player, you have to push through that barrier and realise that this is an actual game and it’s not a friendly or a training session, so it was different but you adjust to it quickly and you get used to it.”

Junior learned of Dundalk’s interest at the beginning of the year and after settling quickly into his new surroundings, he has set his sights now on becoming a permanent fixture at the club.

“I don’t see myself as a player who likes to move around a lot,”  he said. “I see myself as being quite ambitious and Dundalk is a very ambitious club and looking to do big things domestically and in Europe so, for me, if everything is good and we’re doing well then I’ll obviously be looking to stay here.

“It’s been good so far,” he added. “I haven’t really been out anywhere but Dundalk, in general, seems very quiet and obviously different to London, but it’s good and I like it.”