Substitute Junior Ogedi-Uzokwe rescued an 85th-minute point for Dundalk whose late burst could have resulted in even more against St Patrick’s Athletic at Oriel Park on Saturday evening.

Matty Smith led the line for the table-toppers and he was most certainly at the forefront of everything good that his side did in the opening 45 minutes.

The Scottish forward saw one shot blocked and another saved before turning creator for former Oriel favourite Robbie Benson in space but he fired wide.

However, while seeing plenty of the ball, a confident-looking St Pat’s came under pressure from a much-improved Dundalk in the later stages of the half. 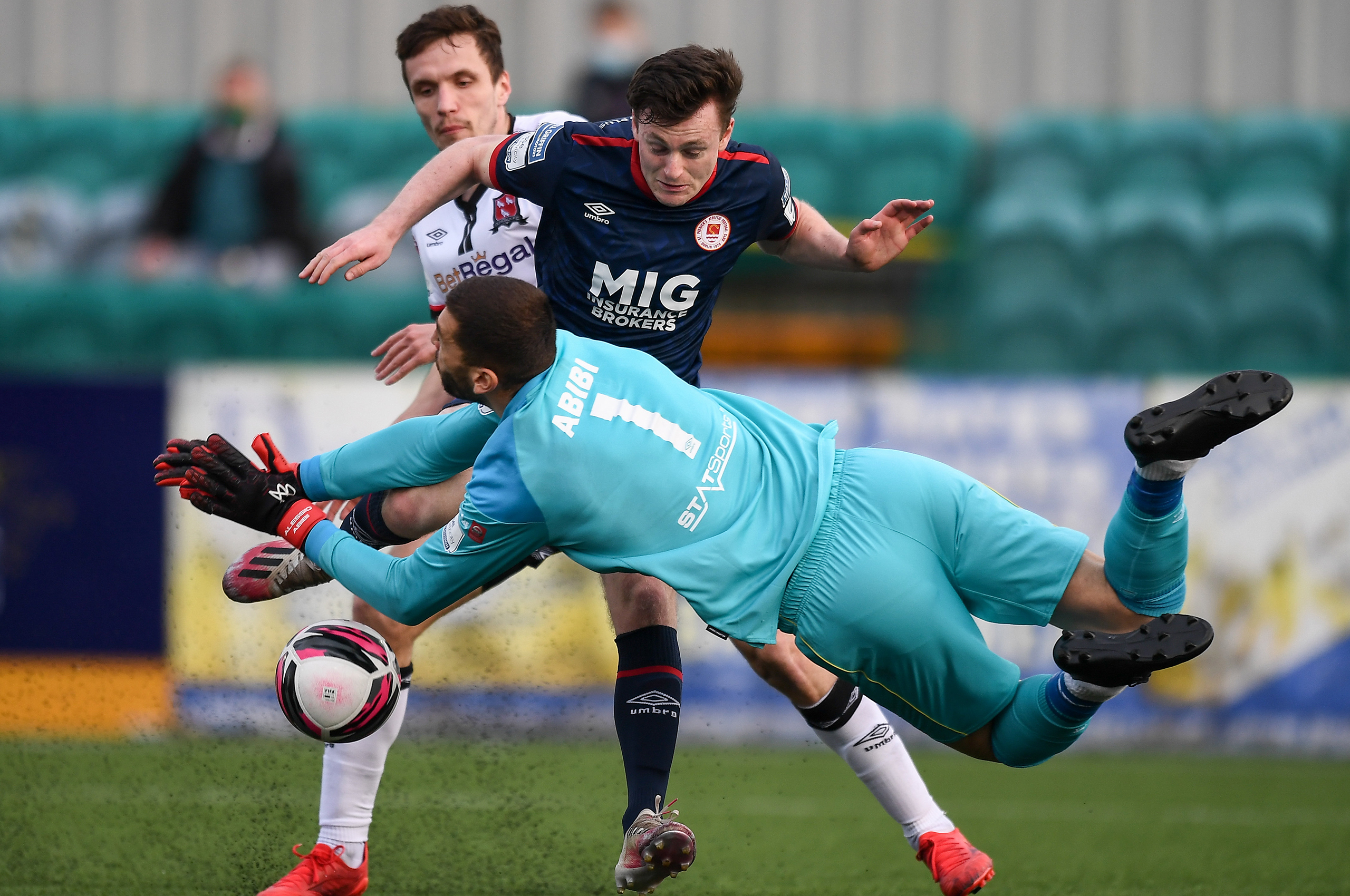 Ole Erik Midtskogen just failed to connect with a Patrick Hoban cross before Hoban himself had a header saved, in what were brighter signs for the hosts entering the interval.

After the restart, Alessio Abibi got behind Ronan Coughlan’s powerful strike. But the Dubliners did not have to wait long to break the deadlock as Benson’s corner was powered home by Sam Bone.

That looked to be the match-winning moment but, ultimately, it was two saves from Abibi to deny substitute Billy King that proved most vital as Dundalk snatched a point through Junior, who squeezed the ball in at the back post. The hosts then could have won it in injury-time but Paddy Barrett made two stunning goal-line clearances to thwart his old team.

For the game, Dundalk had recalled Abibi to the starting lineup in the sole change from their defeat by Bohemians eight days earlier. Seán Murray, who was available again following injury, and new signing Wilfried Zahibo were included on the bench.

A third-minute mix-up in the home defence gifted St Pat’s an early opportunity but Smith’s strike was blocked down on the edge of the box. 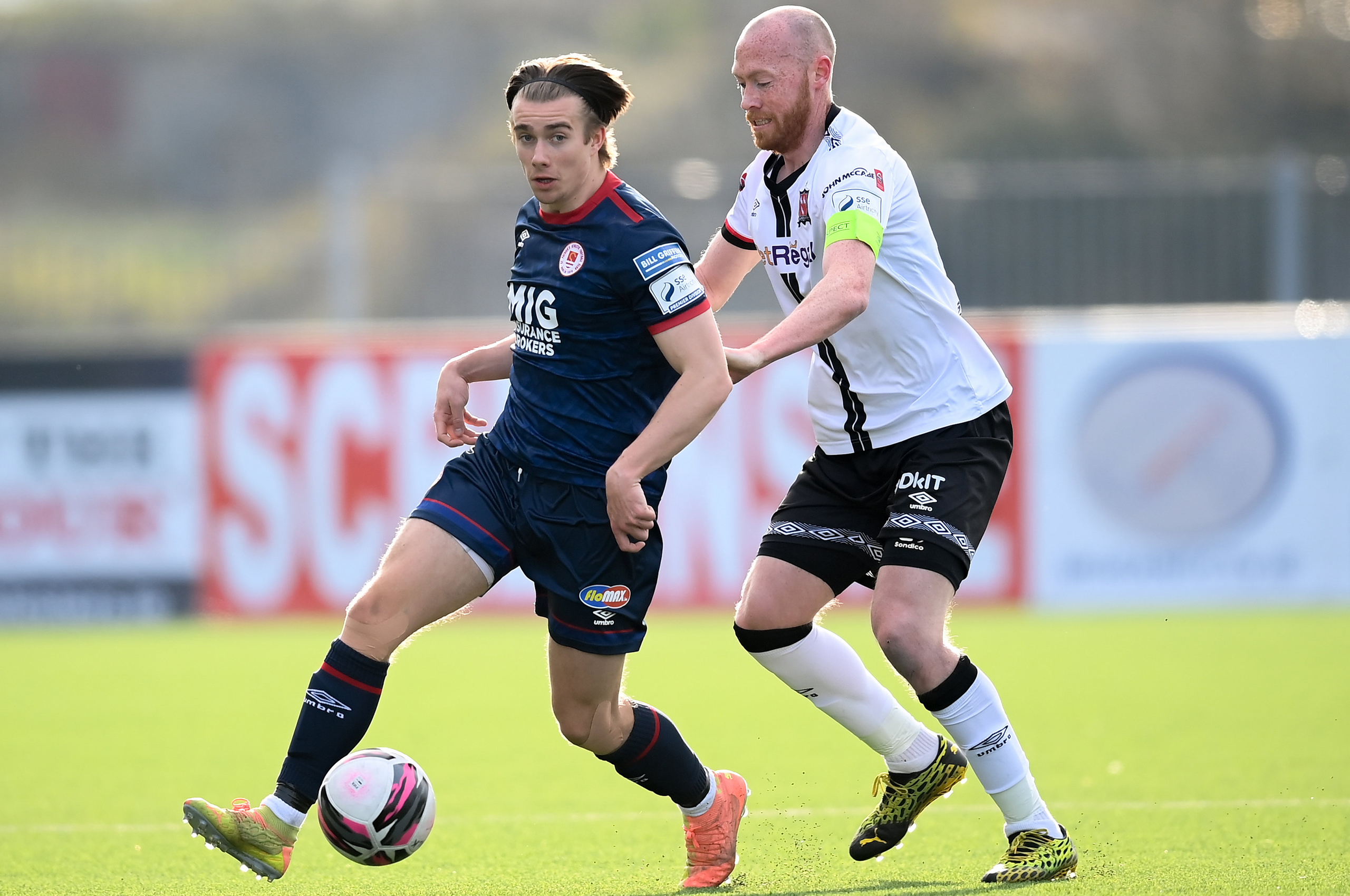 On 12 minutes, Midtskogen earned a free-kick close to the area after a foul by Chris Forrester. However, from a very promising position, Michael Duffy’s effort was blocked by the visiting wall.

That was a rare meaningful foray forward for the out-of-form Lilywhites, with St Pat’s – having accumulated 10 points from the 12 already on offer – much the brighter in the opening exchanges.

On the quarter-hour, Smith threatened again, this time with a surging run from midfield before he cut inside from the left and fired a shot from range that warmed the palms of Abibi. Moments later, Smith found Benson but he struck wildly off target from 20 yards.

Sam Stanton’s steal brought Dundalk an opportunity from nothing on 26 minutes but, after turning close to the by-line, Midtskogen’s attempted low delivery across the six-yard box was cleared behind. 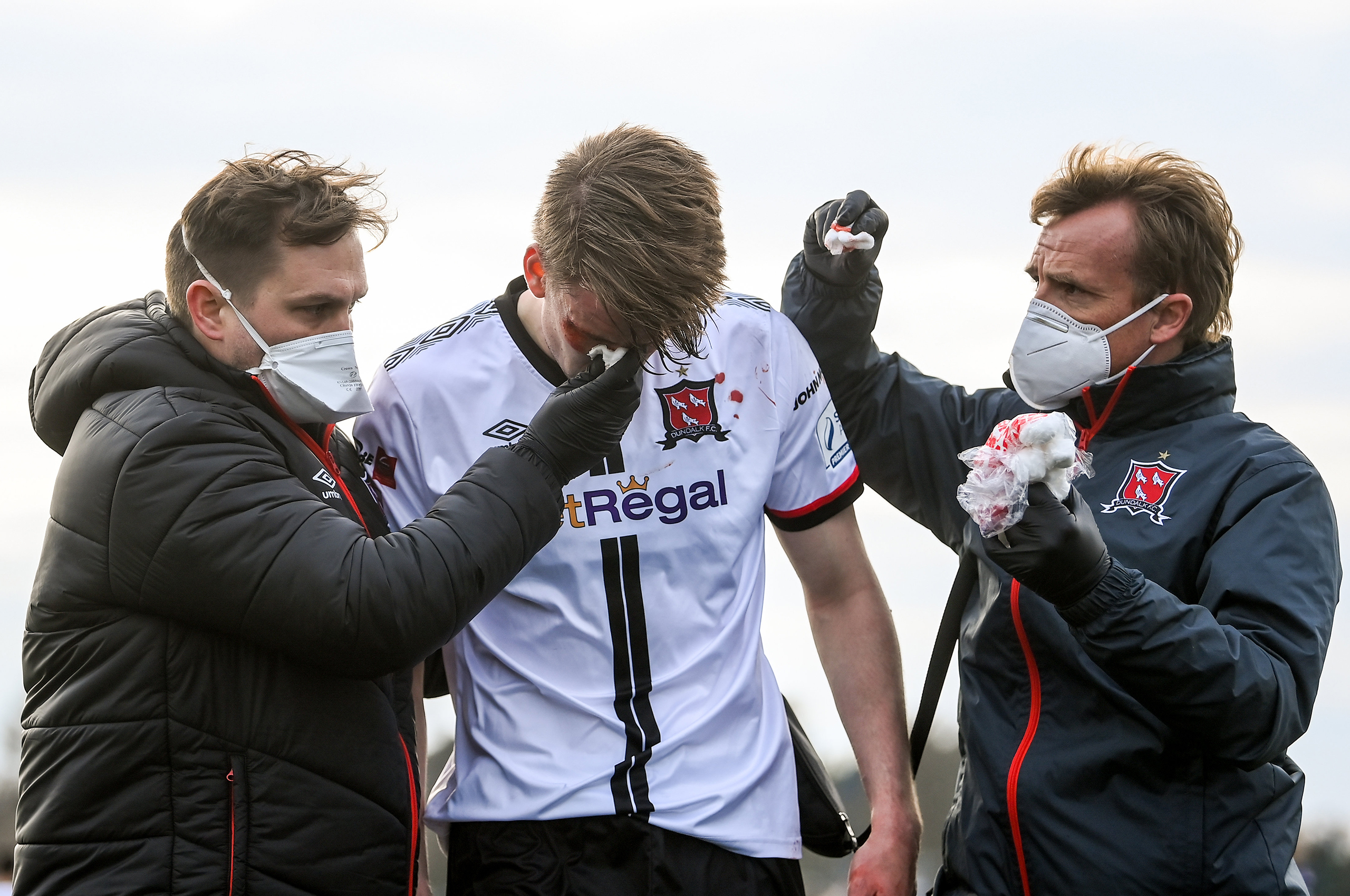 While St Pat’s were enjoying most of the possession without worrying Abibi, Dundalk were almost ahead six minutes before half-time, at which point they upped a gear. After the initial attack broke down, Hoban’s in-swinging cross from the left was just missed by Midtskogen at the back post.

Shortly after, Cameron Dummigan delivered from the same side for Hoban but his header lacked the power to seriously trouble Vitezslav Jaros, who was making his first save of the evening.

Dundalk had two injury concerns at the end of the period, firstly losing Midtskogen – the Norwegian forward replaced by Patrick McEleney – before Abibi was able to resume after receiving treatment following a brave save in which he clashed with Jason McClelland.

Early in the second half, St Pat’s switched to a back three as McClelland departed for Barrett. The visitors almost took the lead on 51 minutes when a lucky bounce on the edge of the area kept their attack alive and Forrester found Coughlan who drilled a strike at Abibi. 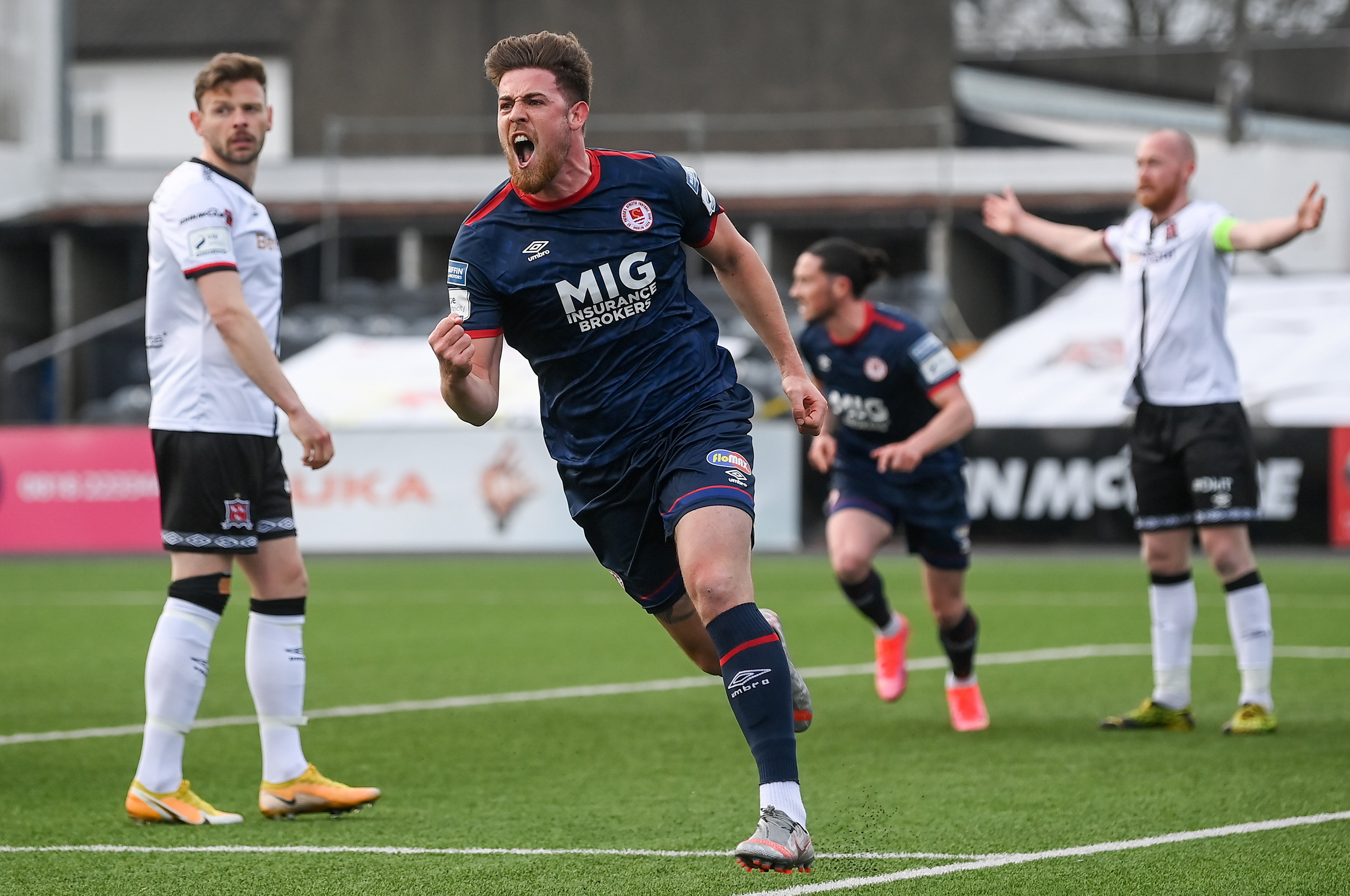 That was a warning shot and St Pat’s took the lead five minutes later when Benson’s left-footed corner was met by Bone who headed to the net.

Dundalk struggled to recover from that but they almost found a leveller on 73 minutes when Duffy’s corner fell kindly for Chris Shields in the box, only for the midfielder to shoot agonisingly past the post.

Immediately at the other end, King almost scored a spectacular second but Abibi did well to tip the ball over the bar. Another couple of Duffy corners came and went, before David McMillan and Darragh Leahy were thrown on in a double substitution.

St Pat’s went close to sealing the victory eight minutes from time but King was once again denied by Abibi who diverted the ball behind.

And that stop proved crucial as Dundalk levelled on 85 minutes when Duffy’s shot went across goal and eventually fell to Junior who poked the ball beyond Jaros. The ‘keeper then saved from Duffy before Dundalk were twice denied in injury-time by Barrett’s blocks.