Leading 1-0 at the interval through Sonni Nattestad’s bullet header, the Lilywhites were pegged back when Liam Scales fired home a sensational effort just minutes after the restart.

Nattestad’s evening came to a premature end with 59 minutes played when he was harshly shown a red card by referee Damien MacGrath for a tackle on Graham Burke but the 10 men held on and were victorious in the shootout with Alessio Abibi capping a fine display with two saves. 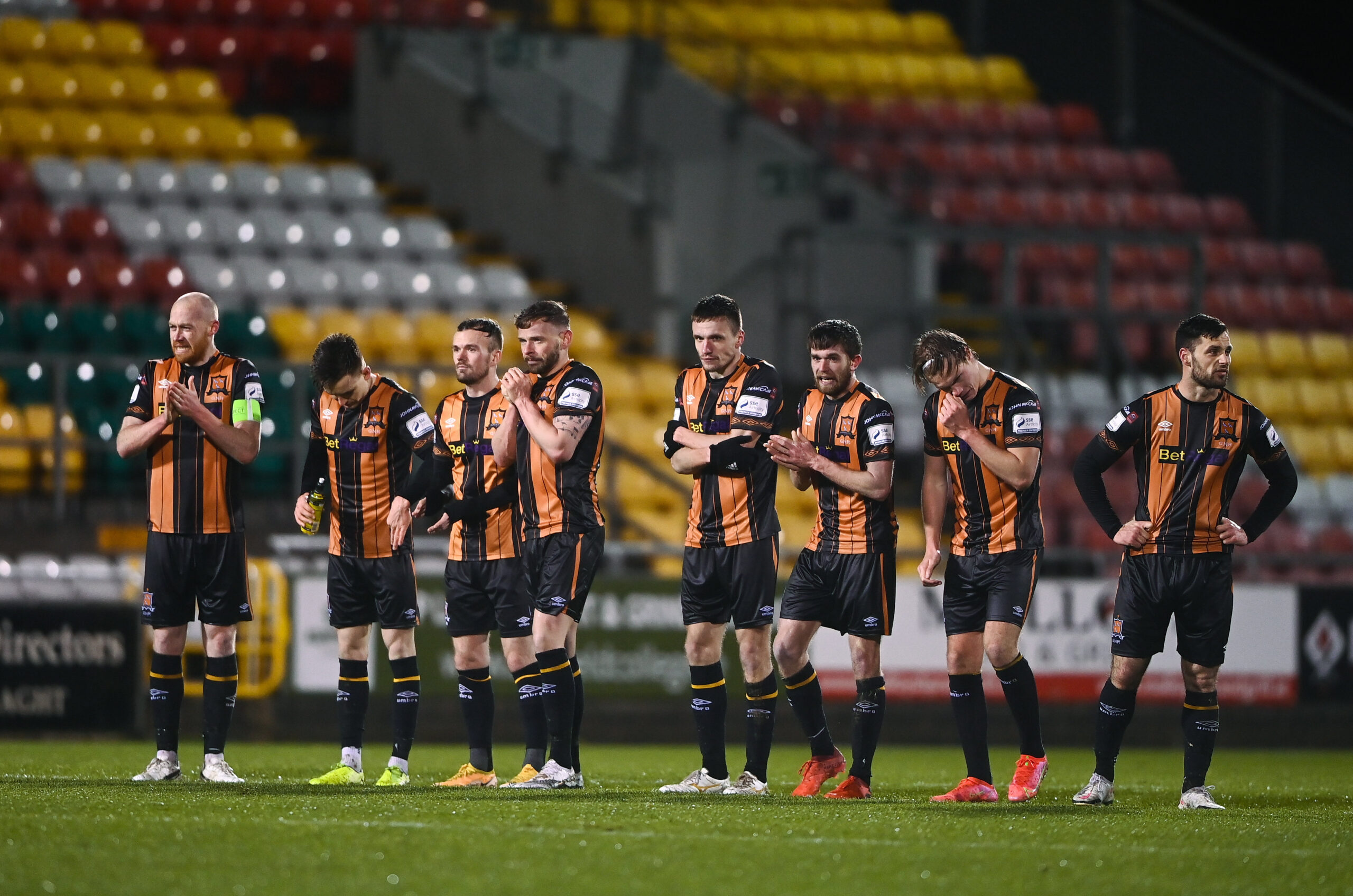 “We wanted a competitive game and we certainly got one,” Keegan told dundalkfc.com. “I think we gave as good as we got with 11 men and what happened when we went down to 10 will definitely stand to us.

“Regardless of whether the penalty shootout had gone our way or not, we really restricted Rovers to no chances. It was a trojan effort and with a group of new players, that will definitely help the gelling process.”

The Lilywhites team manager had special praise for Abibi. The Albanian looked assured throughout and stood tall to deny Rory Gaffney and Roberto Lopes in the shootout. 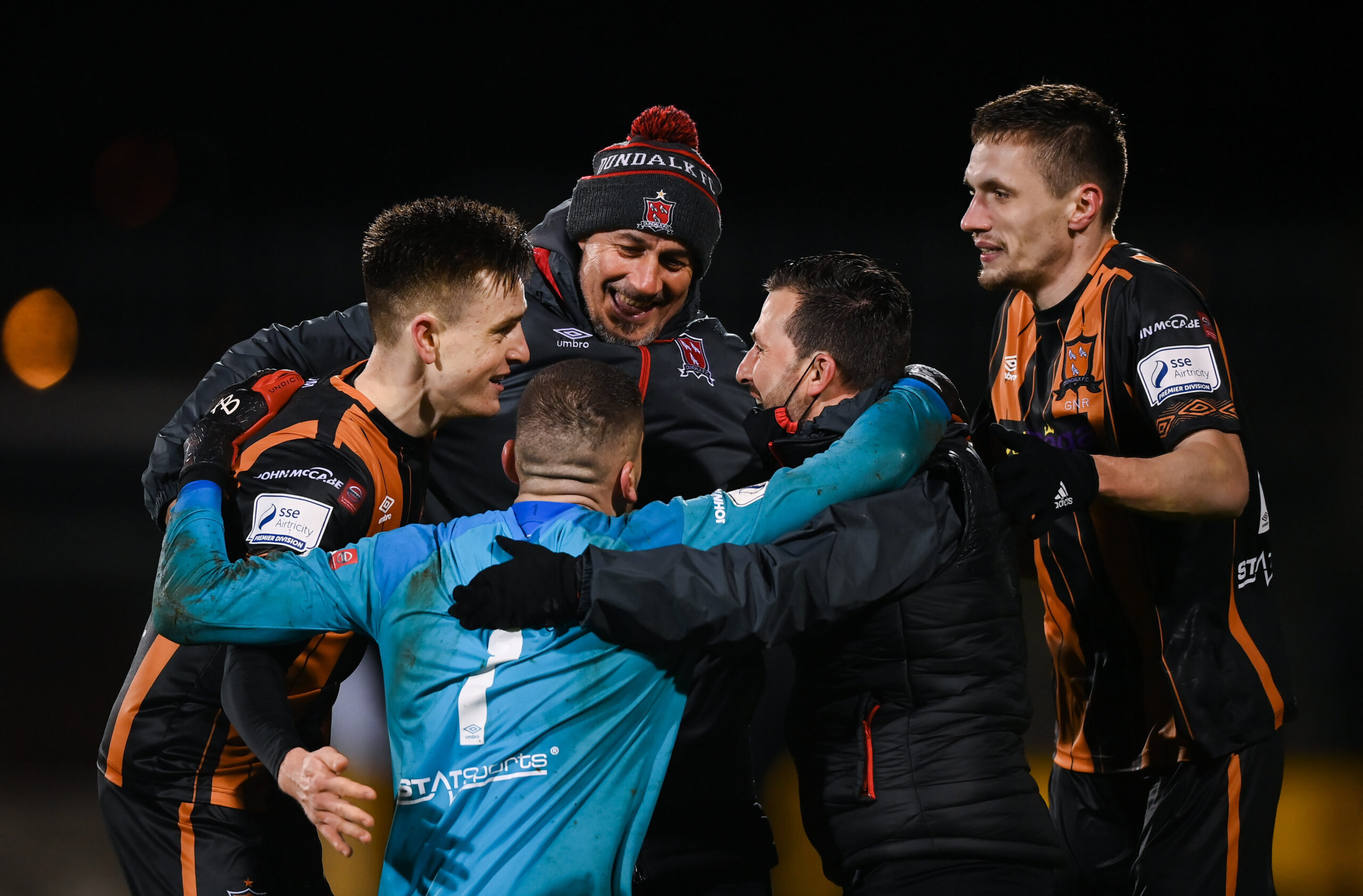 “Alessio did very well,” said Keegan. “He’s a big boy and he is very commanding. He played the sweeper-keeper role a few times and he cleaned one of our men and a Rovers player out of it at one stage. That was a big help.

“As a defensive unit, when you are down to 10 men, there’s a lot of crosses coming into the box, and if we look back at last season, defending crosses was something we weren’t overly confident with and that’s why the likes of Alessio and Sonni will make us better.”

Commenting on MacGrath’s decision to send Nattestad off, Keegan said he did not have the benefit of a replay but it was his belief that the Faroese centre-back was hard done by. 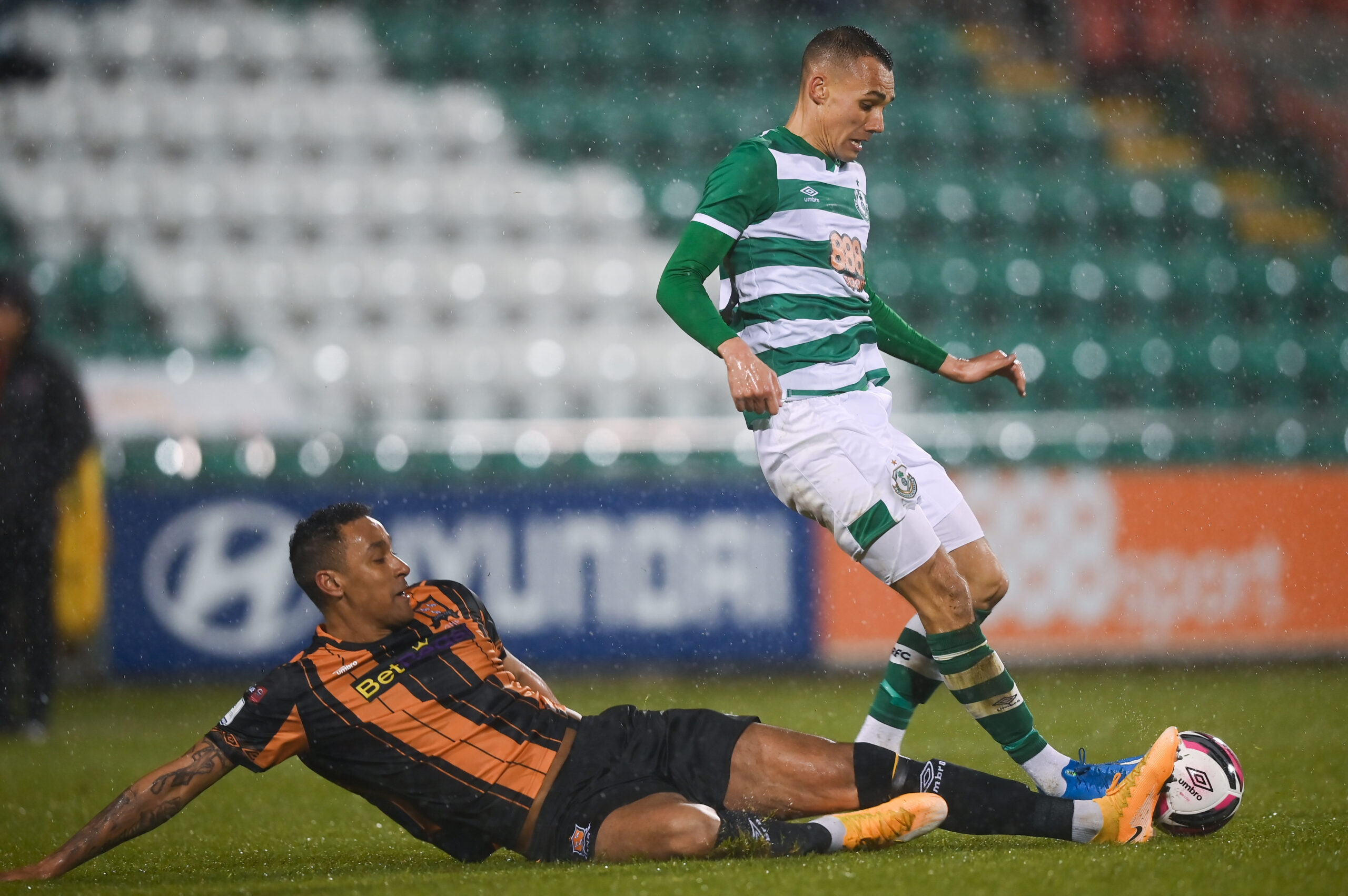 “The argument that the ref will probably make is that both feet maybe left the ground but from my angle, he might even have won the ball?

“The really disappointing thing is that before all hell broke loose the referee looked like he was going to give him a yellow card but it turned to red. I would hope that what the ref thought initially was a yellow didn’t turn into a red because of the reaction.”