KEEGAN: WE NEED TO BE BETTER

Frustration was etched all over the face of Dundalk team manager Shane Keegan following the 1-1 draw with Sligo Rovers on the opening night of the season.

The Lilywhites started with intent and got their reward after a quarter of an hour when Patrick McEleney curled the ball home after some great pressing by Greg Sloggett but the hosts drew level eight minutes later when Romeo Parkes met Robbie McCourt’s free-kick to head past Alessio Abibi.

⁣“The first half was a bit tit for tat,” said Keegan. “We worked hard in training this week to try and get the press right so it was great to see the lads doing it as effectively as they did and Fats showed such a cool head to put the chance away and put us one-nil up.

“It was a great start but we are very disappointed in the manner with which we conceded because defending set pieces is an area we felt we had improved a lot on from last season and were confident of dealing with.” 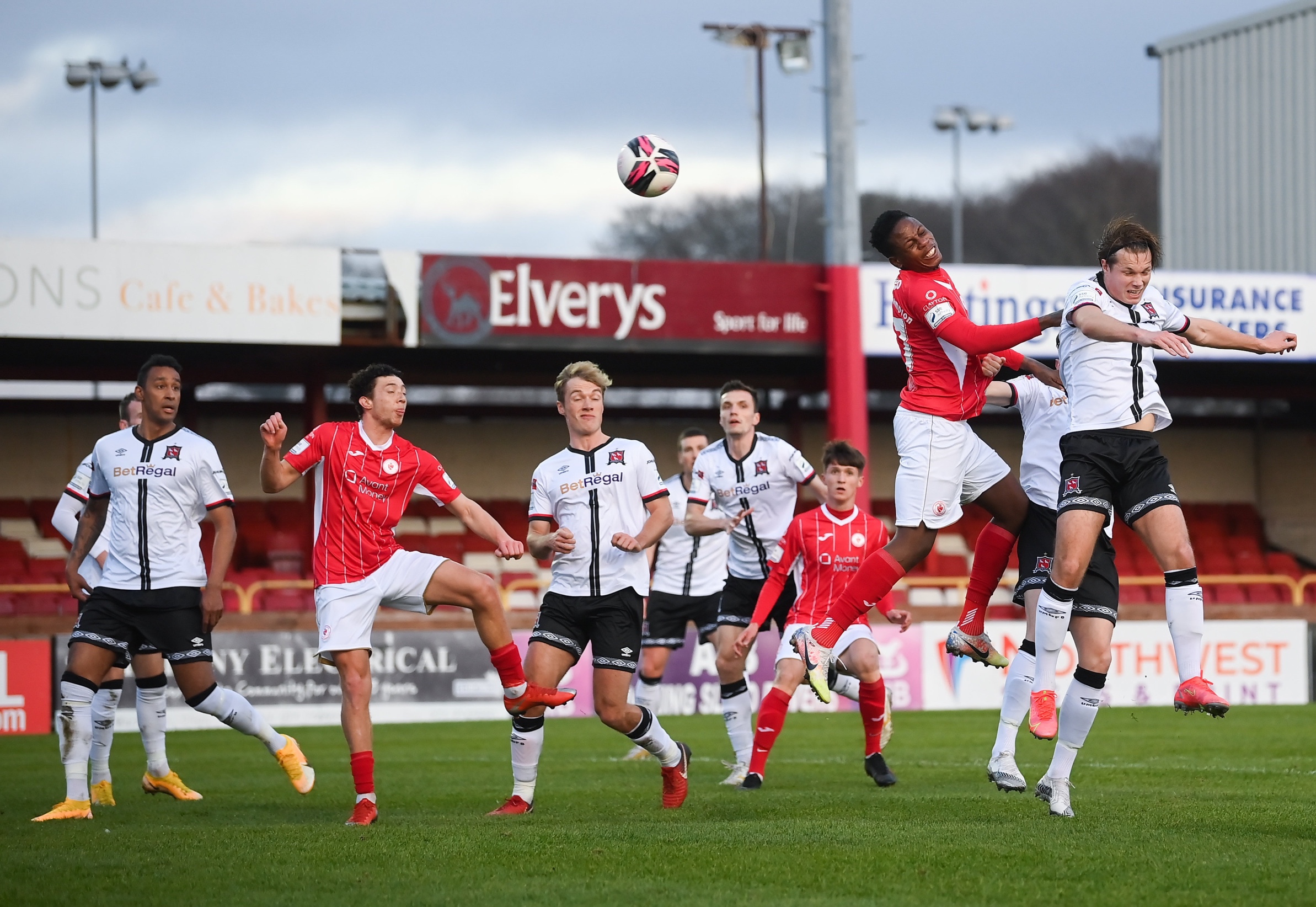 The pattern of the second half proved to be very similar. Dundalk held the upper hand for the opening 20 minutes with Patrick Hoban, Cameron Dummigan and Sloggett going close to restoring the lead.

It was the Bit o’Red, though, who finished strongly and but for goalkeeper Alessio Abibi, and a contentious looking offside decision that chalked out substitute Mark Byrne’s late effort, Liam Buckley’s men would have taken all three points.

“We tweaked things a little bit at half time and we got off to a really good start in the second half,” said Keegan. “Pat hit the post and Cammy also went close and at that stage we just wanted to keep going and kick on but it was anything but for the last 20 minutes.

“We started losing second balls and the game completely flipped the other way and we got away with it in the end. We need to be better and we need to use the momentum to stop teams from getting back into games. We’re putting together good spells but we’re not dominating games over 90 minutes.” 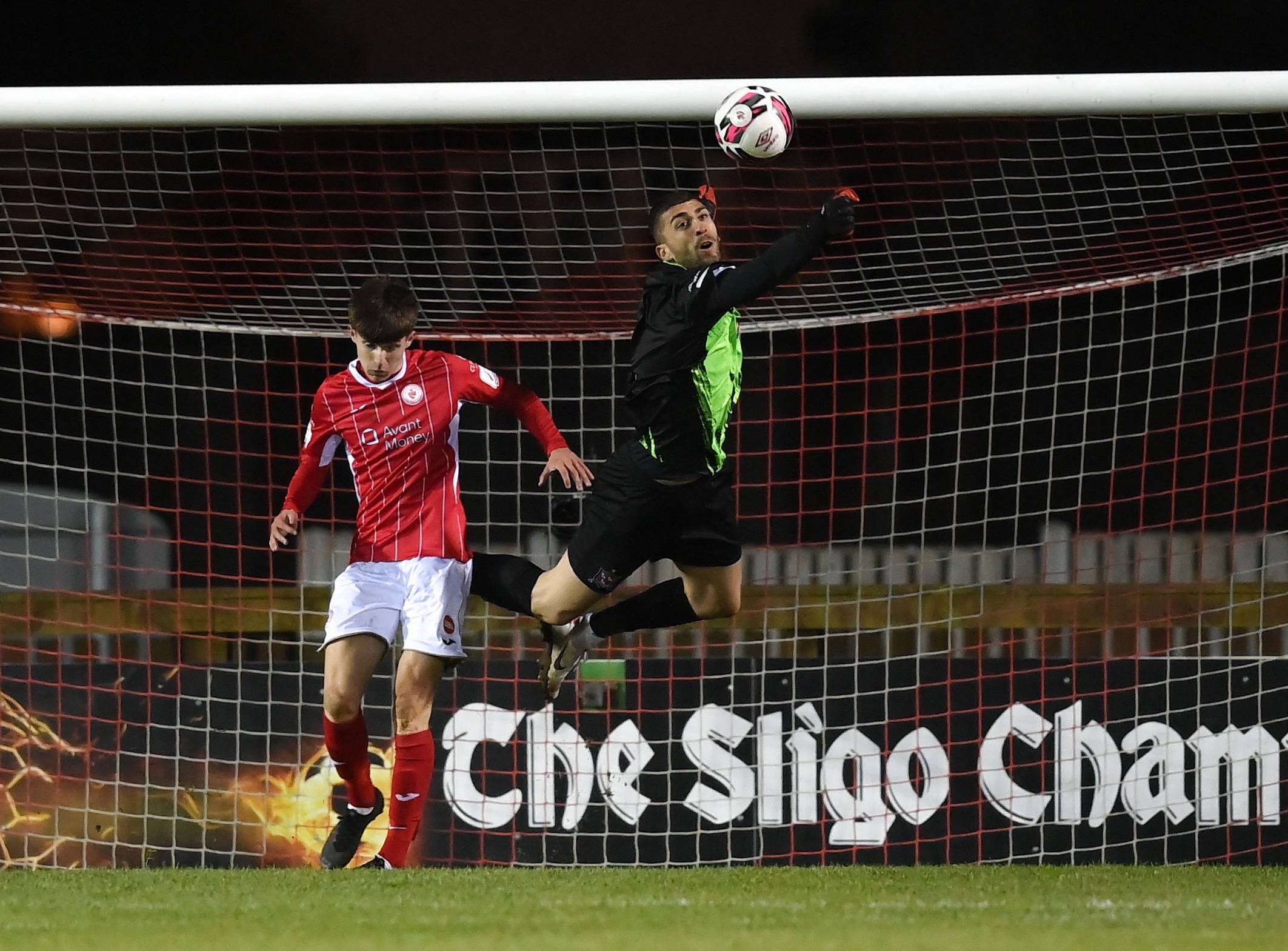 Alessio Abibi comes to punch this ball away from Sligo Rovers’ Johnny Kenny. Photo by Sportsfile

After saving two penalties in the shootout win over Shamrock Rovers in the FAI President’s Cup six days earlier, Abibi continued his fine start to life in a Dundalk shirt with a couple of fine saves in the dying stages.

“The save that he made when he came off his line when young Johnny Kenny was going through was absolutely top class,” said Keegan. “His distribution with his feet wasn’t as good as we know it can be but there’s no doubt he saved us towards the end.”

“There’s no doubt that Sligo away will be one of the most difficult games of the season for most clubs,” he concluded. “They finished where they did in the table last year because they have a lot of quality.

“Sometimes you get games where both sets of management walk away kicking the ground and cursing that they didn’t win it and I think that was the case tonight because I don’t think ourselves or Sligo will be overly happy with how things panned out overall.”