One of the Lilywhites 2020 European stars Daniel Kelly is aiming for the same again on Tuesday night as Dundalk take on Newtown in the second leg first qualifying round of the Europa Conference League.

Speaking to dundalkfc.com ahead of the clash, Kelly feels that preparation has been good so far and enjoyed the conditions at training.

“Things have gone well so far. We arrived earlier on and had a nice drive down. Training was stress free which always helps. The pitch seems good and there was a bit of rain as well which made it better.

“It should suit the kind of game that we want to play tomorrow night with the one touch and quick passing. It can slow us down in other places so hopefully that is a good omen for us, it was a good training and we want to bring that into the game tomorrow. ” 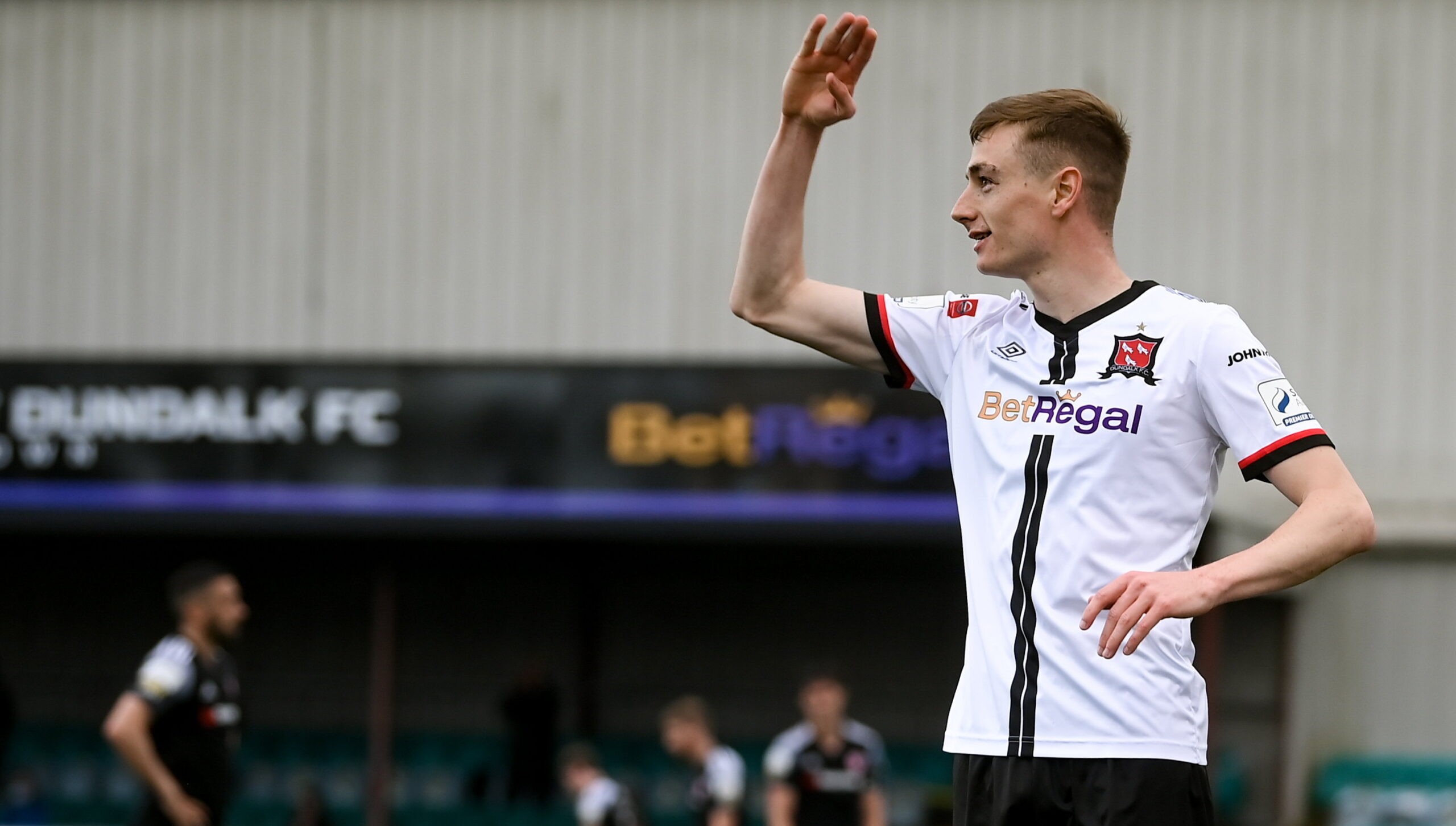 Dundalk have lost only one of their last five matches which was the 2-1 defeat to Shamrock Rovers just over 10 days ago.

That run has seen them develop some sort of consistency and while the run at the start of the season frustrates Kelly, the winger is looking to put things right with a strong end to the campaign.

“Things have been good the past few weeks and I think you could see that in the way that we played on Thursday night. Since Vinny has come back in performances have picked up and we have been enjoying it.

“We had a bit of a bad run at the beginning of the season but that is in the past, there have been a lot of positives over the last few weeks and we want to make sure we keep things positive. ”

‘Dickie’ always has an eye for goal and none was more evident last week than when he found the net however it was ruled out for offside.

He has done some research to find out it should have stood however he isn’t bothered as long as he is contributing to the team…he won’t say no to one though! 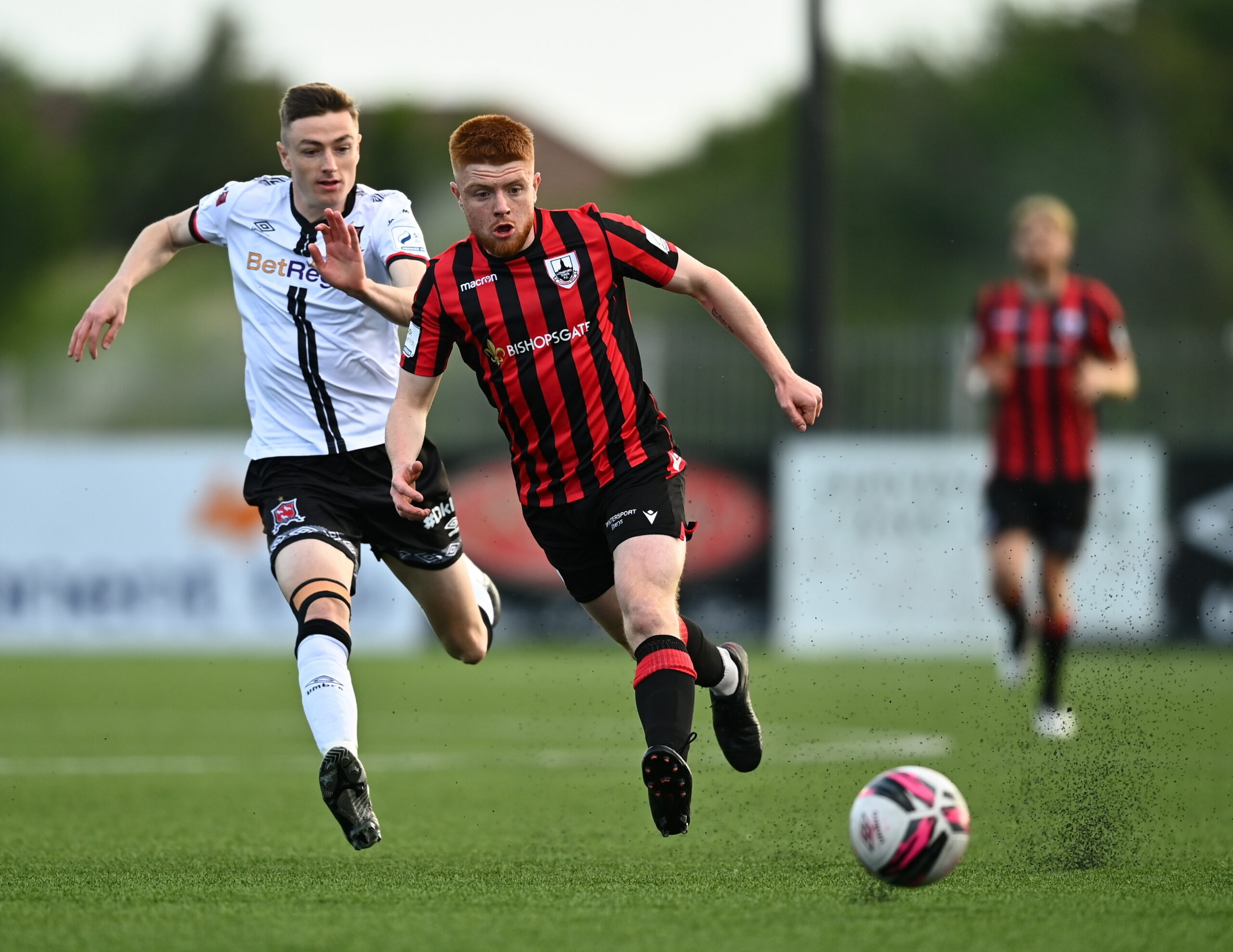 “I was onside last week! I checked it back and it was definitely a goal but it’s one of those things, I want to get my goal and find the net but once I am helping the team that is all that matters.

“It’s the best time of year, if you are in Europe this is the time you look forward to and if you are lucky enough to be involved they are great. We had a great run last year and looking to do the same again but we are taking it one game at a time.”

The focus is indeed on tomorrow evening with Dundalk holding a 4-0 lead from the first leg last week.

The 25 year-old knows though nothing can be taken for granted and is determined to put in a performance to ensure victory. 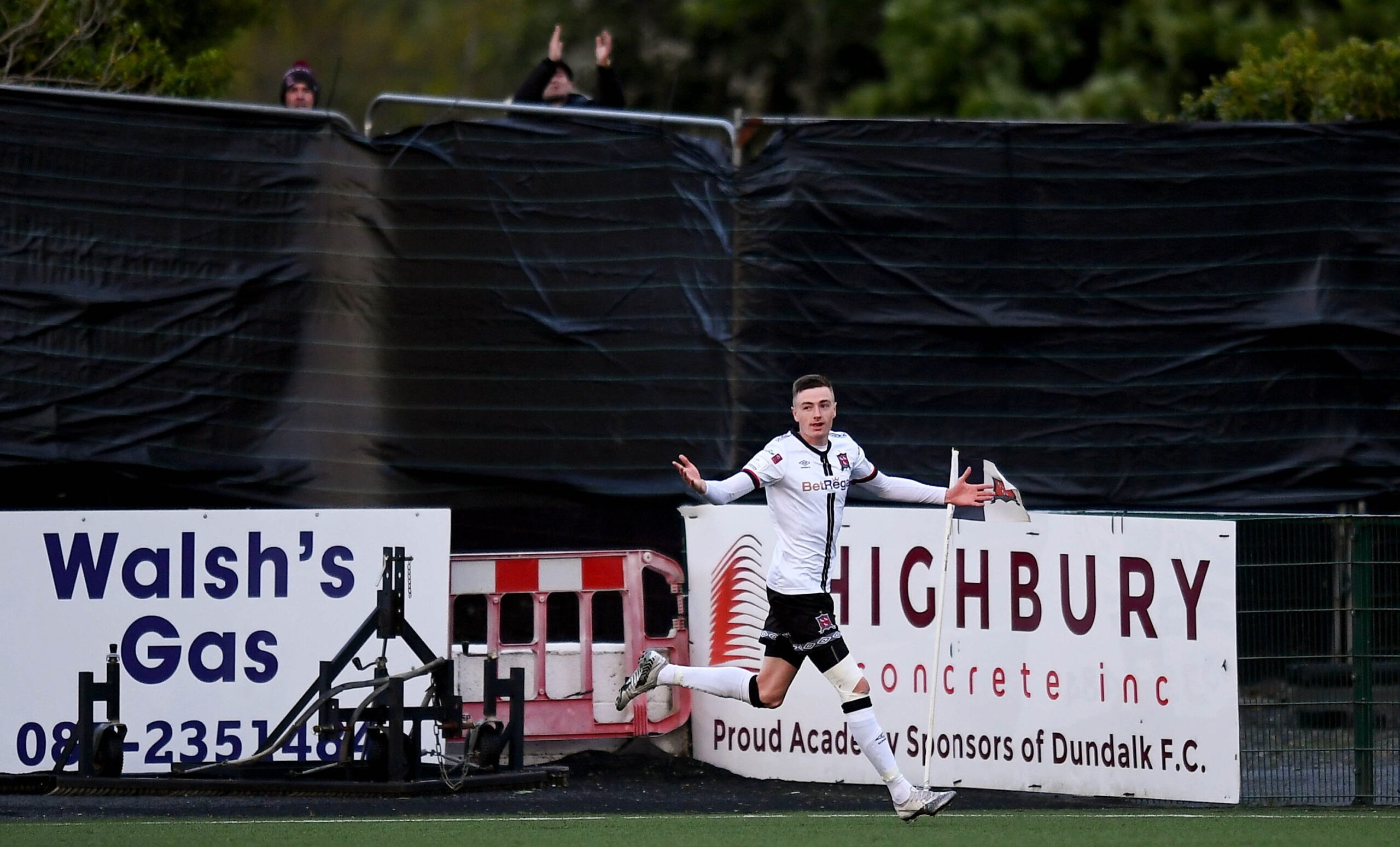 Daniel Kelly wheels away in celebration. Photo by Ben McShane/Sportsfile

“We have to do our business on the pitch tomorrow night. We had a good performance last week and possibly our best of the season so far but that was last week.

“This is a new week with a new challenge and we have to be professional as Vinny says. We have to do our business right on the pitch, it’s up to us to go and put in a performance and take the tie.

“We have to look after ourselves and we need to be focused. No tie is over no matter what the score is so we are ready for the game and looking to make sure of progression. ”