After doing some light running before last Friday night’s FAI President’s Cup tie in Tallaght, Daniel Kelly has set his sights on a return to action in the league meeting with Shamrock Rovers on April 2nd.

The Lilywhites winger has missed all of pre-season with a niggling knee injury that he first picked up in a 0-0 draw with Bohemians at Oriel Park last October.

“I actually felt it in the warm-up,” he told dundalkfc.com. “I said it to the physios and I don’t even know what it was, I just got a sharp pain in my knee. I played the first half and sat down at half-time, but because I was sitting down for 15 minutes, I got back up and it just wasn’t right and I told them I couldn’t continue.

“Ever since then, it’s been at me. It’s just one of those things; the schedule was so hectic that we were playing every three days and going from grass to astro. The stop-start nature of the league last year had a very big impact on me so I’m just hoping that this year it’s all systems go.” 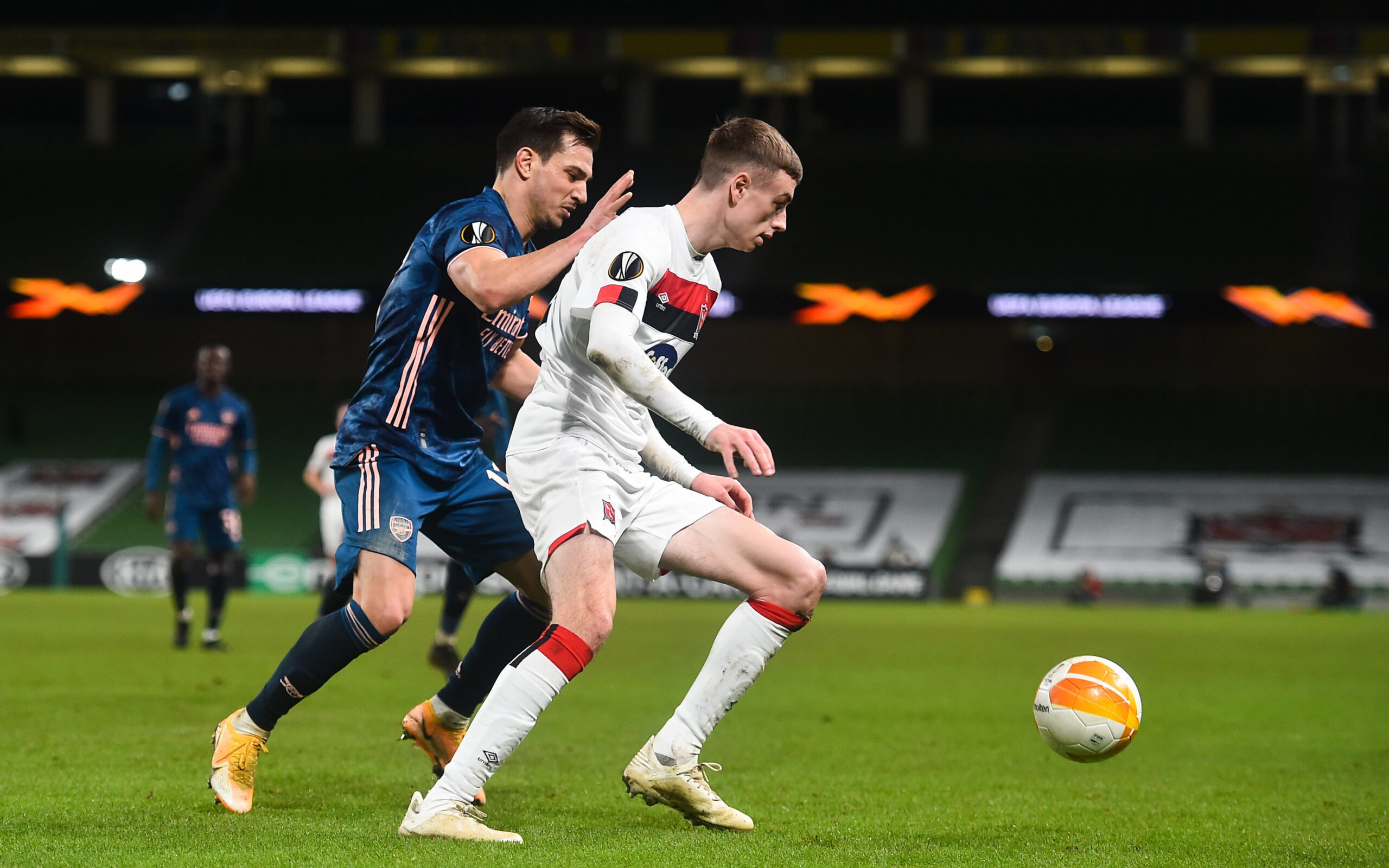 Daniel Kelly up against Cédric of Arsenal during the UEFA Europa League game in Dublin last December. Photo by Ben McShane/Sportsfile

Despite his injury, Kelly played a key part in the latter stages of the Lilywhites’ season, both in the Europa League and, notably, in the FAI Cup final win over Rovers at the Aviva Stadium in December.

“I got a couple of injections which did me for the rest of the year so I got through the last Europa League games but it was only a short fix so I just had to rest it a lot,” he said. “When I came back in January it was still inflamed so I just got a bit of rest and got a couple of things done to it so hopefully now I’m on the mend.

“My first time running was yesterday and it feels good so hopefully in the next few weeks, you’ll see me back out on the pitch. The Sligo game will come too soon for me, which obviously isn’t ideal, but I think after that I’ll be there or thereabouts. I’m hoping to be back on the training pitch with the lads by the end of this week so the Rovers game will be there or thereabouts for me.”