Dundalk FC Ladies returned to North East Football League Women’s action on Monday night as they hosted Albion Rovers in what proved to be a tight affair at Oriel Park.

Albion have provided stiff competition in meetings in recent years, and Monday night’s fixture was no different with both sides cautious in possession in the early stages.

Eddie Conroy’s side were dealt a blow 10 minutes in when Caoimhe Mulholland, who had scored in every other game this season,  was forced to depart due to injury.

Despite the enforced change, Dundalk kept working tirelessly throughout the half, with their best chance coming just before the break when Dayna Ferguson went on an excellent run with the ball before forcing the Albion goalkeeper into a good save.

The second half began in a similar manner to the first, with both sides looking very cautious on the ball. Dundalk were finally starting to grow into the game and put the pressure on Albion but soon found themselves a goal behind on the hour mark from a quick counterattack from the visitors.

The ball was launched forward by the goalkeeper and made its way to the Albion forward who went clean through and slotted it past Kerry Ann Darcy in the Dundalk goal to give the visitors the lead.

Dundalk didn’t let their heads drop after conceding and they pushed forward in search of an equaliser. The Lilywhites created a number of chances over the next few minutes but couldn’t find the finishing touch. 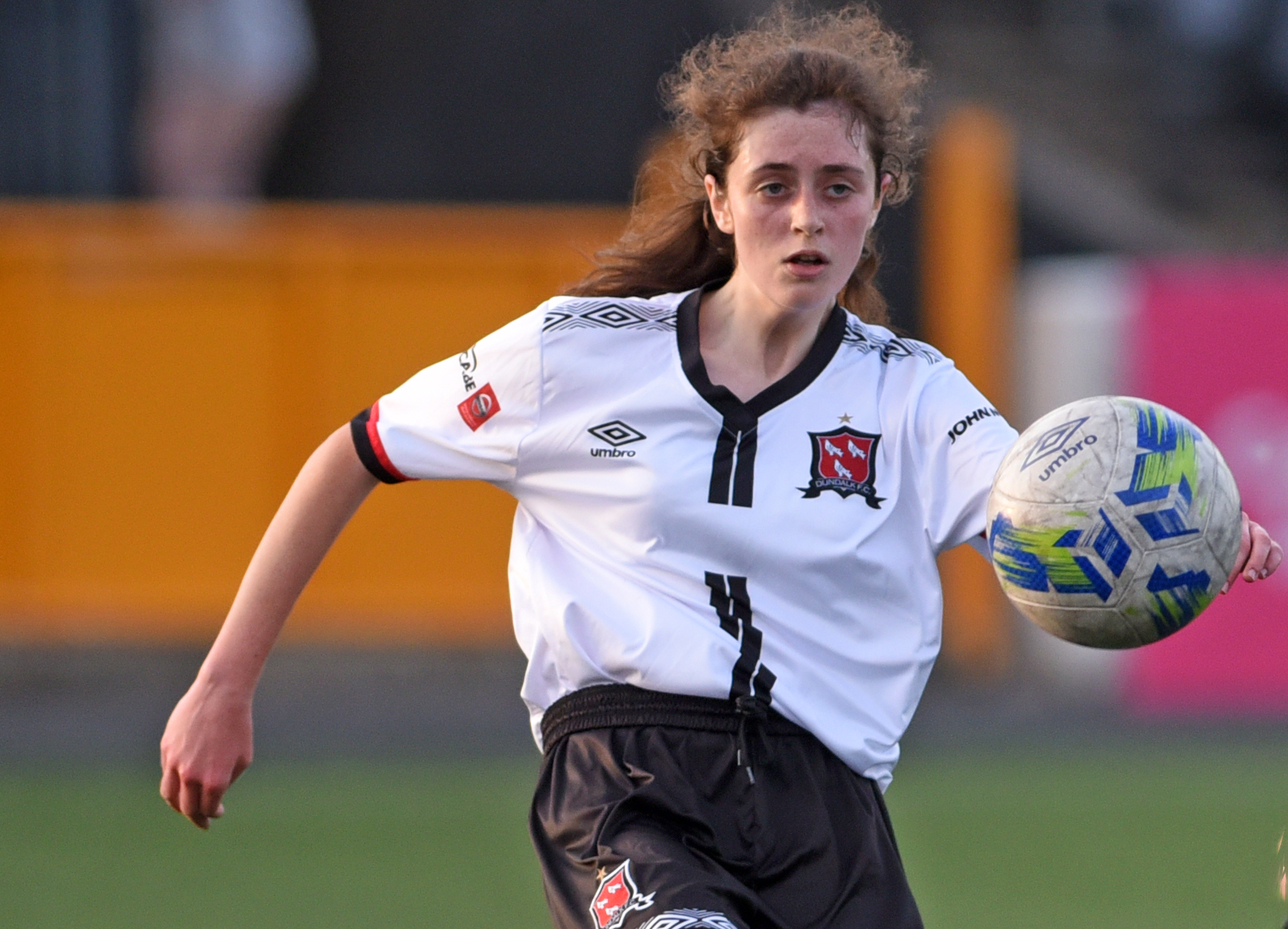 Conroy’s side eventually found their equaliser on the 70-minute mark from a well-worked corner kick. Beth Hughes played the corner short to Sarah McHugh, who took a touch and hammered the ball into the roof of the net.

The game opened up after the equaliser, with both sides creating a number of chances, but it was Dundalk who bagged a second in the 80th minute.

Katie Moran won the ball in midfield and drove forward before playing an excellent through ball to Dayna Ferguson and she made no mistake with a quality finish to give Dundalk the lead and ultimately take all three points.

Dundalk Ladies were made to work very hard for the win but they kept working all the way to the final whistle and in the end deserved the win.

The next fixture for Conroy’s side will be a top of the table clash at home to Kingscourt Harps on Monday, August 9th.