A number of Dundalk FC legends will return to Oriel Park for Friday night’s SSE Airtricity League game with Bohemians.

Members of the 1988 double-winning squad, and some of the 1991 league-winning team, will be back on their old stomping ground as special guests of the club.

Joey Malone, who captained the 1988 side to league and cup success, will be joined by Harry McCue and the man whose penalty against Derry City in the FAI Cup final secured the double, John Cleary.

Four key members of that squad, Alan O’Neill, Gino Lawless, Terry Eviston and Martin Lawlor, were also part of the Dundalk team that beat Cork City on the final day of the 1991 season. 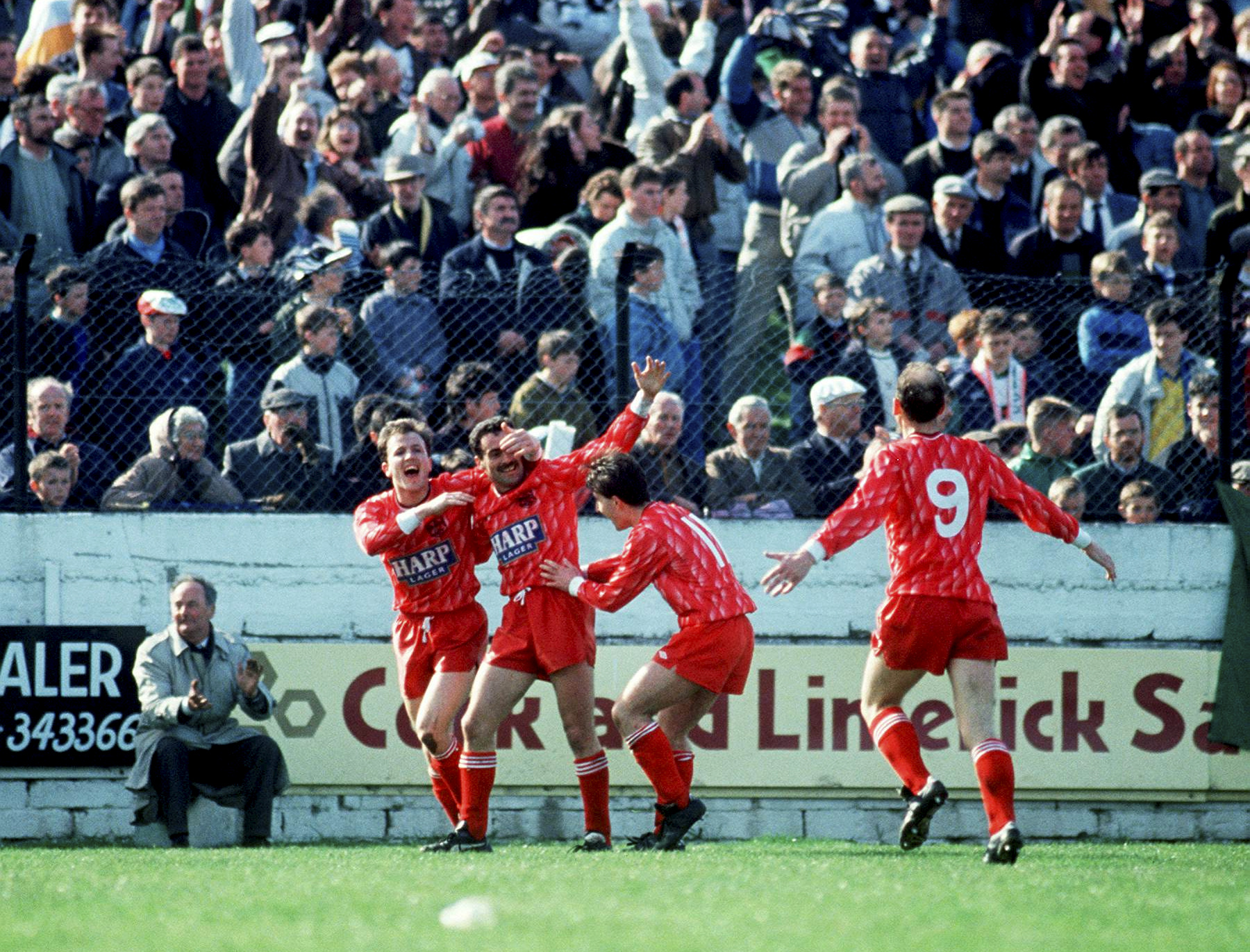 Tom McNulty is congratulated by Peter Hanrahan, Mick Kavanagh and Terry Eviston after scoring the only goal of the game during the Bord Gais National League Premier Division match between Cork City and Dundalk at Turners Cross in 1991. Photo by David Maher/Sportsfile

Lawlor lifted the league trophy at Turner’s Cross after Tom McNulty’s goal sank the Leesiders on a dramatic Sunday afternoon 31 years ago.

Alan, Gino, Terry and ‘The Hulk’ will be joined by fellow 1991 title winners Mick Shelley and Mick Kavanagh. Current first-team manager Dave Mackey will also meet up with his former teammates after the full-time whistle.

Manager Turlough O’Connor, who guided both teams to glory, is also guaranteed a rousing reception while the late Barry Kehoe, one of the stars of the double win in 1988, will be represented by his wife Adrienne and his brother Colm.