Dundalk head coach Vinny Perth has confirmed that Wilfried Zahibo is likely to miss the remainder of the season with a hip injury.

The 28-year-old Central African Republic midfielder limped off in the first half of last week’s Extra.ie FAI Cup win over St Mochta’s and, speaking to dundalkfc.com, Perth revealed that he underwent surgery on Wednesday to repair the damage.

“Wilfried will struggle to play again this season,” he said. “It’s a huge blow for us as a group because he is a very popular member of the squad and all of the lads really feel for him.”

Zahibo joins an ever-growing injury list at Oriel Park. Patrick McEleney and Brian Gartland are still months, rather than weeks away from a return to fitness, while David McMillan has yet to find out the full extent of the injury he suffered against Derry City on August 15th.

“We have no clear indication on it just yet but we don’t feel that David needs surgery,” said Perth. “It’s bad ligament damage so we’re waiting on a second opinion and we’ll have some clarity on that over the next couple of days.” 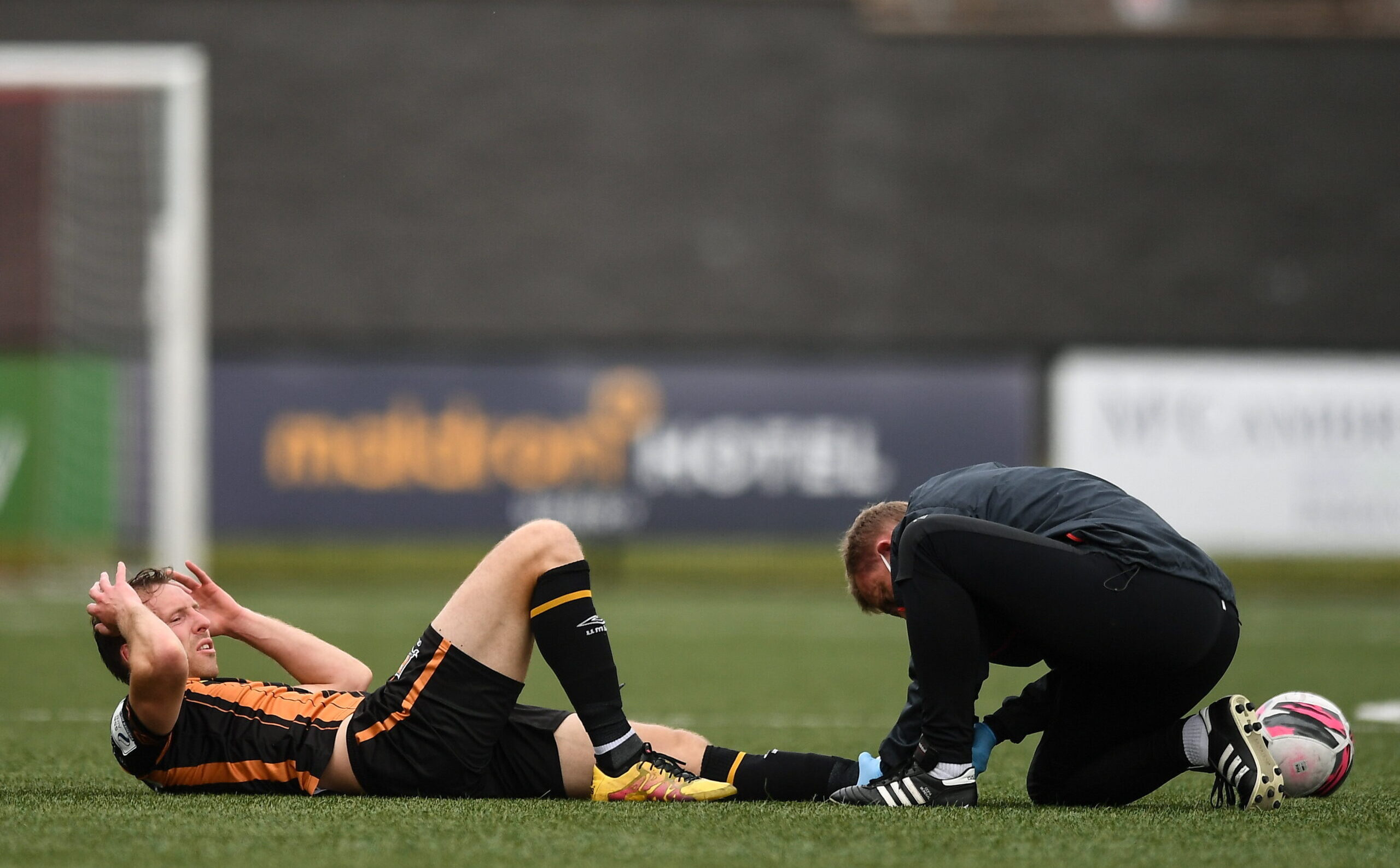 David McMillan receives treatment after picking up an ankle injury during the SSE Airtricity League Premier Division match with Derry City at the Brandywell. Photo by Ben McShane/Sportsfile

Sonni Nattestad and Raivis Jurkovskis will also miss Friday night’s trip to Waterford as they are on international duty with Latvia and the Faroe Islands respectively but Perth had some good news about Daniel Kelly, who also picked up an injury at the Brandywell almost three weeks ago.

“It’s a massive honour for the club having Raivis and Sonni on international duty but it’s also left us in a very difficult situation because of the list of injuries we have. We had to train this week without nine senior players,” said Perth.

“There have been some positives. We’re hoping to have Daniel Kelly back, which would give everyone a huge boost, and Sami Ben Amar has continued to develop with another week’s training, albeit it a little quicker than we might have hoped.”

Dundalk’s biggest win of the season came at the RSC back in April when goals from Andy Boyle, Chris Shields and Michael Duffy secured a 3-0 win. It is the only time the Lilywhites have scored three goals or more this year.

“I’m very surprised by that stat,” said Perth, “because we do create a huge amount of chances. I’m not into xG or any of that sort of thing but our creation of opportunities this season has been huge and things have just gone against us.”